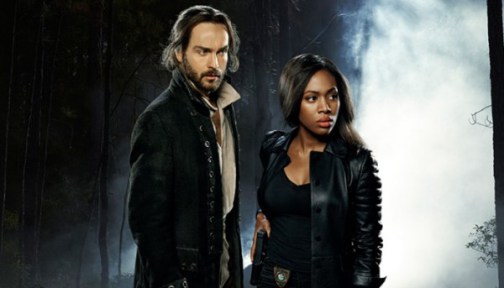 Wow. Have you all seen the Sleepy Hollow finale? I have, and I’m not pleased. Spoilers after the jump.

There’s only one thing worth discussing this episode, and that is, of course, the disgraceful death of Abbie Mills. When Ichabod and Abbie restore Pandora’s box in the Catacombs, Ichabod finds out that for the box to truly regain its powers, it has to claim the soul of a Witness. They’re able to fight the box off in the Catacombs, but once they bring the box to Pandora, Abbie makes the sacrifice play. Jenny shoots the Hidden One, Ichabod pulls some nonsense to kill Pandora, and Abbie gets to see Joe and August Corbin in an afterlife-like place before appearing in a vision to Ichabod, telling him that “my job is done”.

Though Nicole Beharie, Abbie’s actress, hasn’t mentioned it herself at the time this article is being written, “insiders say” (according to Variety) that Beharie wanted to leave the show. This is a common excuse that show creators tend to use when they kill off characters, particularly female characters, but assuming that said “insiders” are telling the truth, it’s not implausible for the creators to choose to kill off Abbie instead of leaving it open for a potential return. In this particular situation, you can’t have Abbie Mills go off to Europe for a few seasons—she’s a Witness and she and Ichabod are linked to each other and to the fate of the world, so it’s not like she could say, “I’m not really into this supernatural business anymore, I gotta go chill somewhere else for a bit.” That wouldn’t fly with Abbie or with Ichabod. 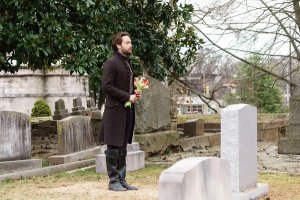 But why kill off Abbie in this way? First of all, if what the “insiders” say is true and Beharie had already wanted to leave after Season 2 (and considering Season 2, who would blame her), then the writing team would have known they had a whole season to do something worthwhile with Abbie’s last days. Instead, Abbie was sidelined in Season 2 while Ichabod’s manpain was pushed to the fore, and in Season 3, Abbie had already sacrificed herself for Ichabod and the rest of Team Witness once in the mid-season finale when she took the Shard into Pandora’s death tree. Killing off Abbie in another sacrifice play isn’t a “shocking twist”, it’s just repetitive and unoriginal even within the confines of this same show.

The writers tried to sell Abbie’s death as the completion of her own character arc—Abbie tells August Corbin and Ichabod that she’s done what she’s set out to do, she’s made peace with her sister and father, and she’s had a good life. However, like Saika said last episode, I don’t know anyone who isn’t watching this show for the eventual resolution of Ichabbie. If they really wanted to sell Abbie being satisfied with where she was in life, they could have given us a whole season of Ichabbie instead of having subtext dripping from every line the duo shared. Considering their chemistry throughout the seasons, there must have been a part of Abbie that didn’t think their bond as Witnesses was yet complete. And if we had had an Ichabbie Season 3, it likely would have driven ratings up and given Beharie more to do as an actress, possibly convincing her to stay on the show. Instead, we had Abbie and Reynolds kiss, and as we didn’t even get a scene with Reynolds mourning Abbie’s death, it reads as if Sleepy Hollow only made them kiss to detract from the chemistry between Ichabod and Abbie.

But of course, Abbie’s death ultimately didn’t work as a personal character thing because it wasn’t, and quotes from Pandora, Jenny, and Abbie herself brought her death into context as a death written in entirely for Ichabod- and show-serving purposes. Pandora tells Ichabod that Abbie was “his hope, his everything”, and thrills over taking Abbie from him; Jenny tells Ichabod that Abbie “sacrificed herself so that [he] could be here and win the day”; Abbie says that she and Betsy were “here to carry him forward”, and finally, after all that, Ezra Mills comes out of nowhere to tell Ichabod that he needs to find the next person to inherit Abbie’s “eternal soul” and be the next Witness. Abbie was killed off in the first twenty minutes of the show, and the rest of the episode was dedicated to how Ichabod (and Sleepy Hollow) would have to move on without her. In an interview with EW, showrunner Clifton Campbell tries to sell Abbie’s death as a character arc, but completely fails:

Abbie tells Crane that her job was to carry him forward, and now her job is done. Could you speak about how Abbie gets to this point where she realizes that she’s taken herself as far as she needs to go?
In the season finale, we revisit some life-changing moments and relationships in Abbie’s life that indicate that her world, her life, and her job have sort of come full circle. Having some resolution in her life is key to one Witness passing on to another, and Abbie’s character has reached that point. It’s important that when one Witness sacrifices for another as she does, that she acknowledge that her job is done, that she has taken Crane as far as she can, and puts him at the doorstep of his next journey.

Are you worried that fans might take that line as a way of minimizing her contribution and making Abbie someone who existed to prop up Crane?
We have talked about that. I can’t respond to how people or may or may not read into something, but certainly it is not what happened. She wasn’t just someone who brought him along.

So Abbie “has taken Crane as far as she can”, but “wasn’t just someone who brought him along”. How do words work, Campbell?

Let’s put the bad in-show justifications for Abbie’s death aside for a second and consider how the show got so bad that Beharie supposedly wanted to leave in the first place. When Sleepy Hollow burst onto the scene in 2013, it was pretty much universally lauded and hailed as one of FOX’s best shows—according to Vulture, it pulled in more viewers than Agents of S.H.I.E.L.D. and outperformed FOX’s other series, and its first season ended on a cliffhanger that left us clamoring for more. Sleepy Hollow was Beharie’s first leading TV role, so all the accolades must have been quite exciting for her. But what happened since then? Well, Abbie got less and less to do as the show went on—and was even, in one notable scene, shouted at to stay in the car by Ichabod—and in Season 3, thanks to the lack of plot, neither she nor any of the other characters had much to do. The show became less about Abbie and Ichabod and more just about Ichabod.

She said not to read into this, but now… (via Beharie’s twitter)

This isn’t the first time that Sleepy Hollow has booted a Black character, either. For a show that was lauded for its diversity, it really hasn’t written its characters of color very well. In Season 2, the former Sleepy Hollow police chief, Frank Irving, played by Orlando Jones, spent most of his time in a psychiatric institution, then as an unwilling servant of the Horseman of War, then was quietly written out of the show between the second and third seasons. At the time, Jones remained uncharacteristically silent on his leaving the show. But in a December YouTube Q&A video, Jones finally spoke out, saying:

I think the creators are awesome guys, and, you know, they just didn’t really see a place for Frank Irving in that world, and I get that, you know? Chances are, I won’t come back, because they kinda asked me to leave, so [laughs] I don’t know why they’re acting like I ran off and left. They can always ask me to come back, but generally when they ask you to leave, it’s cause they don’t want you to come back.

Given this past history, should we really trust Sleepy Hollow when they say that Nicole Beharie also just happened to want to leave? While she might never talk about it directly, I think there’s some significant room for doubt.

As for the rest of the show, this season suffered from a distinct lack of plot, the new characters they tried to fold in didn’t really work, villains were two-dimensional and easily defeated, etc. There isn’t much to sell us on a potential Season 4—viewers might wonder how Jenny and Ichabod are going to deal with the loss of Abbie and Joe, but then they’ll realize that we already saw that, because they already did this plotline after the midseason premiere. Season 3 started off so well, re-grounding the show in good character relationships, inter-team communication, and fun feminist discussions even as the plot faltered. If all this retooling still meant that they thought killing off Abbie Mills this way would be a good idea, then there’s nothing that could save a Season 4 from these showrunners now. As much as I hate to say it, I hope it’s not renewed, and I hope this is the end of Sleepy Hollow‘s ill-fated journey.