My to-read pile of YA gets higher and higher every day, but I recently realized I was a little annoyed with it: not because the books themselves are poorly written or uninteresting, but because (perhaps with the success of the Hunger Games and Twilight) they all seem to be about a strong-willed girl who gets into a love triangle (with two guys, of course) and somewhere along the way they save the world and there’s kissing. “Isn’t there anything else being published these days?” I complained to Saika.

“Have you tried Shadowshaper?” she said.

I was missing out.

To my very great joy, although Shadowshaper still had the saving the world and the kissing, there was no love triangle in sight. Instead, the multiracial cast of Shadowshaper has to deal with things like gentrification, racism, and appropriation on top of a really suspenseful mystery about whoever or whatever is behind the murders of several prominent members of their community.

The star of Shadowshaper is high schooler Sierra Santiago, a multiracial Latina girl living in New York City. She’s working on a mural of a dragon over the summer and, while she’s working, is shocked to see that the other murals on the walls—paintings of the community members’ deceased family members and friends—are moving. All too soon she’s attacked by strange shadow creatures and discovers that she (like many of her family members) are shadowshapers. This means that they have the ability to shape spirits and work together with them, whether that be through storytelling, songwriting, or painting, like Sierra.

While new student Robbie is helping Sierra learn how her shadowshaping powers work, Sierra’s also trying to unravel the mystery behind her family’s past involvement in the shadowshaper world. She discovers that before her grandfather had a stroke, he was one of the foremost shadowshapers of New York, and he was working with a guy named Jonathan Wick to find Lucera, supposedly the source behind all the shadowshapers’ powers. However, her grandfather can barely communicate now, and Wick is nowhere to be found… 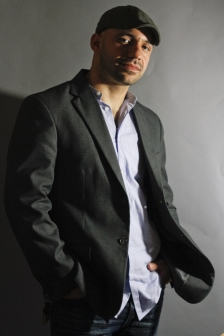 What I love about Shadowshaper is how its magic is extremely rooted in the culture, class, and ethnicity of its protagonist. A lot of urban fantasy is just set in a vague city or in something mildly contemporary—for example, Holly Black’s Tithe visits a few American cities, but is largely about the faeries and mystical creatures—but without New York’s diversity and multiculturalism, Shadowshaper wouldn’t exist. Sierra spends her time painting on abandoned buildings and sidewalks, and when the murals all over town start moving, no one who’s not a shadowshaper notices—a nod to graffiti culture and mainstream art’s inability to see it as “real” art. The spirits she, Robbie, and other shadowshapers work with are the ones from their community—Robbie’s Haitian ancestors, Sierra’s Puerto Rican relatives—and in another nod to community, one can only become a shadowshaper by being initiated by someone who’s already a shadowshaper.

Most importantly, this understanding is evident when it comes to the book’s antagonist, Jonathan Wick. Wick, a white professor at the nearby university, started researching the shadowshapers and their magic as part of an anthropological project. However, he soon became obsessed with the shadowshapers, gets initiated into the culture, and with his newfound powers, attempts to find Lucera and become the new head honcho himself. In short, Wick tries to culturally appropriate Sierra’s and the other shadowshapers’ culture. Because he can’t create on his own—he has no creative talent—he steals from others: he rips the storytelling talent away from Sierra’s grandfather, causing his stroke, and later kidnaps Robbie to be his artist. He creates things like corpuscules, which are zombies bound to his will, and throng haints, which are spirits chained together into one frightening shadowy being. This corrupts the very idea of shadowshaping, which is that spirits and shadowshapers work together to achieve a shared goal.

It’s such a treat to see cultural appropriation take front and center in a fantasy story as the main threat to our characters, and in coming into her own, Sierra has to fight against both people like Wick and people in her own community. Shadowshaping is her legacy, but her grandfather doesn’t think girls should be shadowshapers, her aunt doesn’t think she should be hanging out with the more dark-skinned Robbie, and her mother thinks shadowshaping is all a load of nonsense. While Sierra’s undoing Wick’s appropriative actions, she also has to combat the forms of racism and sexism that exist within her own family. This all affects the way she thinks about shadowshaping. Her powers connect her more strongly to her heritage and her past, while at the same time, she learns that she can shape her own future, and she does: she later gives the shadowshaping gift to her friends—girls and boys of color whom her relatives might not approve of. All together, Shadowshaper is a nuanced, layered look at culture and how it shapes us individually and as a community, told through a magical, suspenseful lens. I’d definitely recommend it.