Today I want to tell you about a book called The Devil’s Intern by Donna Hosie. It’s the first book in The Devil’s series. Everything I heard about it was positive and my friends loved it. The premise sounds really cool too—a teen boy who died a tragic random death and went to Hell decides to travel back in time and prevent it. Don’t let the apparent morbidity of this fool you, though; it’s actually a very humorous book. With everything sounding so great, I started this book expecting to love it. But while the premise delivers and the dark humor works well, it’s so full of casual misogynistic tropes and so lacking in diversity that I couldn’t really enjoy it.

As I already mentioned, this story is about a teenage boy, Mitchell, who is hit by a bus, dies, goes to the increasingly overcrowded Hell, and becomes an intern in Hell’s accounting office. He has three best friends: Alfarin (a Viking), Elinor (a poor girl from 17th-century London), and Melissa (also called Medusa, from 1960s San Francisco). Mitchell finds out about a mysterious time-traveling device the Devil wants to use to divert souls from Hell (it is not made very clear, but I assume it’s going to play a bigger role in the following books). But Mitchell decides to steal it and use it to go back in time and prevent his own death. Obviously, his friends find out about the plan and insist on tagging along, and so the four of them bust out of Hell and travel back in time to change each of their deaths. However, nothing goes as planned, there are life (and death) lessons to be learned, and mysteries for future books are set up.

That’s how I imagine the Devil in the book. This isn’t technically Devil’s Intern fanart but it fits (art by graphitedoll)

One of the main strengths of this book, in my opinion, is the worldbuilding. I love the way that Hell is set up—hot, overcrowded, everyone has to rush to work every day and it’s all terribly inefficient and frustrating. You don’t need medieval torture devices to create Hell (although they’re in there somewhere as well, for the really bad people). Also, the darkly humorous and well-executed delivery makes this book about dead souls and Hell not that depressing at all.

Another thing I really appreciate is that the author made sure to mention all the practical details of time travel: the kids make plans to get clothes, money, food, and avoid detection—all too often stories omit such things for supposedly more important plot things, but the practical things always bother me and I love not having to come up with the details or explanations myself.

Another strong point of Devil’s Intern is its unexpected twists, which deliver poignant messages without trying to beat them in. For example, my favorite part is when it becomes apparent that neither Alfarin nor Elinor want to change their deaths, because that would mean that they probably wouldn’t meet in Hell and become friends like they did. But Mitchell continues to cling to the idea of preventing his own death without thinking what it would mean to the timeline and his friends. 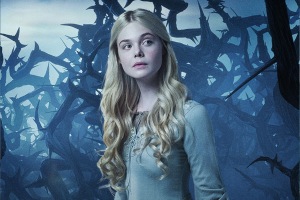 This is how I imagine Elinor.

Which brings me to the characters, and this is where the book gets weaker. Although I have to say that I do love Elinor. Her life was hard and she died saving other children during the London fire of 1666. She is kind, smart, loves reading the books in Hell’s library, and (major spoiler!) turns out that she knew all along that they were going to time-travel because the kids revealed themselves to past-her. I think she’s the most interesting character in this book, and manages to be so without Mitchell constantly going on and on about her hair as he does with Medusa. However, all the kids are white and (apparently) straight, which is a very lazy decision. The story is set in Hell, so it’s possible to pick someone from literally anywhere/anytime in the world. They are also all conveniently paired into romantic couples pretty quickly. Mitchell goes on and on about Medusa’s hair and how she’s not like the other girls from the get-go and by the end of the book they’re dating. Alfarin and Elinor also suddenly become a couple.

Additionally, I find the narrative a bit lacking in establishing the friendships Mitchell has with Elinor and Alfarin: in the beginning of the book they’re introduced as some random kids Mitchell hangs out with to make days in Hell more bearable and the next second he’s telling us how he’d die for them. It feels like it just comes out of nowhere, although I understand that it may be difficult to establish the closeness of friendship without showing us how they became friends in the first place (compare, for instance, Harry Potter and the Philosopher’s Stone and how Harry became friends first with Ron and then with Hermione). 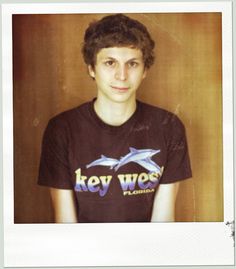 I literally have no image of Mitchell in my head but he feels like the sort of character Michael Cera would be cast to play.

However, the weakest link of them all, in my opinion, is our protagonist and narrator himself, Mitchell. From the very beginning Mitchell establishes himself as a pretty boring person, and he even describes himself as such. The most intriguing detail about him is the fact that he was a musical prodigy, but unfortunately, it played no part in the book other than supposedly making the nimble-fingered Mitchell the best at using the intricate time travel device. The other three characters are all more interesting than Mitchell: Alfarin is a soldier and a Viking prince, Elinor didn’t have much of a life when she was alive but she is very smart and reads everything in Hell’s library now that she’s dead, and even Medusa has a mysterious life and death story going for her. Yet they all look to Mitchell as their leader and I just cannot understand why. I mean, he proves an okay(ish) leader, but what has he actually done prior to the story to make them trust him? He himself says that he has no idea how he even got the Devil’s intern position when Medusa was more qualified. Basically, Mitchell is just another mediocre straight white boy who gets to be the savior and the center of the story and everything falls into his hands and I’m just so tired of male power fantasies like this.

And all throughout the book, casually misogynistic messages run like a refrain. First, a potential love interest for Mitchell is introduced and she is your classic girly girl with no character beyond being shallow and interested in Mitchell. Medusa is introduced as the opposite of that: she wears T-shirts and sneakers and her hair is messy, so she’s better and “not like other girls”. And the funny thing is that most of Mitchell’s thoughts about Medusa are focused on her hair (hence also the nickname) and occasionally her mysterious death. It’s as though Mitchell doesn’t really see her as a person; she’s more of an object of fixation with beautiful hair. Seriously, Mitchell is fixated on her hair so much, he mentions it pretty much every time he looks at her.

All in all, I love the worldbuilding and premise of the story—combining Hell and time travel like this is pretty ingenious. Also, since it’s the first book in a series, this world will probably be developed further and I’m especially interested in what the Devil wants to do with the time travel device. I also love the humor. But the characters (aside from Elinor) are rather weak, especially Mitchell, the protagonist. I also cannot ignore the casual misogyny anymore, and it seriously takes away from my enjoyment of the story. However, the action is quite engrossing, so if you have nothing better to do and don’t mind reading another story about a mediocre white boy, you can give this a shot.