Nearly two years ago I made a post on Tumblr proposing that snarky young superhero Kate Bishop, a member of the Young Avengers and Clint Barton’s protégé, was a trans woman. Even upon this most social justice-y of websites, the response was a mixed bag, but the most notable opposition was a version of the classic “ermagerd why does everyone have to be queer?!” argument, with a heaping scoop of “I’m not transphobic tho” for some added zest. Now, in this case I had a little tiny crumb of actual contextual evidence that could possibly suggest that Kate is trans, but the really delightful thing about trans headcanons is that nearly any character in any media could be trans, and ain’t nobody gotta prove nothin’.

Hotter than you as any gender.

As we already know far too well, it is very, very common in fandom to assume a character is queer. While trans headcanons are gaining a little more traction as trans acceptance in general becomes more widespread, gay and lesbian headcanons remain much more common, and with gay and lesbian headcanons, contextual evidence is the be-all end-all in making your headcanon A Big Deal on the Internet™. While not every fan or every fandom prioritizes canon evidence to base their queer headcanons on, interpretations gain more notoriety and are less subject to criticism on the whole when there are at least hints in the source material that your headcanon could slot neatly into official canon. Champions of bisexual Steve Rogers, a headcanon that has become astoundingly popular in the last few months, often point to his close canon relationships with both Peggy Carter and Bucky Barnes as indication that he’s bi. Who you are attracted to, after all, is generally indicated in you behavior: who you date, who you sleep with, whose butt you comment on, and (if Tumblr is to be believed) who you glance at momentarily when the camera is focused on someone else. 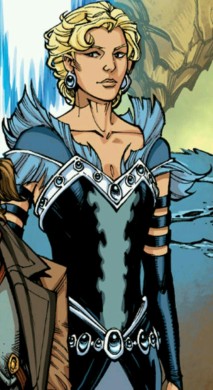 Or you could have magic and still be too fabulous to even stuff your bra.

Unlike sexual or romantic attraction, gender identity doesn’t come with any particular set of typical behaviors, and need not have any social indicators. A trans person can be trans and yet be indistinguishable from a cis person in virtually all aspects of their life, whether they have taken extensive transitionary steps, or whether they are fully closeted and have not undergone transition so they appear outwardly cis. This is especially true in the context of popular media, where we seldom have a perfectly comprehensive knowledge of a character’s history. In a universe where magic or shape-shifting are possible, it would be virtually impossible to prove whether a character is trans or cis. Even in non-magical universes, very few things can completely preclude a character from being trans, even sexual or reproductive aspects of life. For example, even if a character is from a non-magical universe and has biological children, not every trans person loses their ability to reproduce, and even those who do sometimes choose to bank sperm or eggs before transitioning. 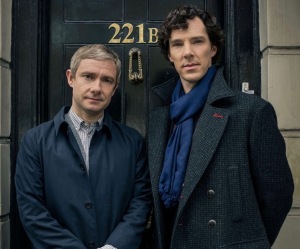 The upside to this is that the opportunities for completely plausible trans headcanons are massive: there need not be “evidence”, the character’s story need not have anything at all to do with their being trans, and if anyone on the internet tries to argue with your excellent trans headcanon, you should pretty much eat them. The downside is that if fans are emotionally satisfied with their excellent trans headcanons, this could potentially alleviate what little pressure there is for direct trans representation. Media—television in particular—already has problems with queerbating, and while this has not yet extended to “potentially trans” characters in the way it applies to “potentially gay” characters, it would be even easier to get away with. There also needs to be far better representation for non-passing, non-transitionary, and genderqueer folks, who already feel undue social pressure to fit into the gender binary. Binary trans people who pass flawlessly certainly face their own struggles, and deserve to be represented as well, but for trans people who do not pass or are non-binary, passing trans people largely do not represent their experiences.

Unfortunately we’re still a long way from widespread and diverse trans representation, so in the meantime what we have are headcanons, and what we need are as many as possible. Believe with all your tiny, hopeful heart that your favorite characters are trans and do not let anyone stop you. I, for one, will enthusiastically believe that Kate Bishop is trans until the words “I am definitely not trans” come out of her mouth. Even then she might have to say it several times, because if she were cis, she would be the only cishet member of the Young Avengers, and as every queer person knows, a clump of queers somehow always attracts more queers.