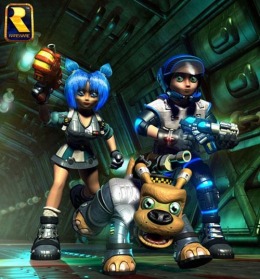 I, like many video-game-playing kids of the 90s, had a childhood filled with the whimsical worlds from the heads of those at Rare. From the Donkey Kong series to Banjo Kazooie (with some Killer Instinct on the side), these quirky games, with their distinct sense of humor, were absolutely some of my first forays into what video games could be. Though I loved watching my brother play through these games, the first Rare title I dove into myself wasn’t one of these more well-known titles, but the third-person shooter Jet Force Gemini. Sure, the story wasn’t anything innovative—and it still isn’t—but being able to play as a brother and sister team, as well as their dog, and working together to fight bad guys really appealed to me. The game may not have aged as well as other Rare titles, and what it presented in gender equality was equally undone in quintessential Rare style, but the game still remains one of my favorites.

Released in 1999 for the N64, Jet Force Gemini follows the Gemini team—comprised of Juno, his sister Vela, and their dog Lupus—as they try to bring down the evil Mizar before he ends up destroying the entire Tribal race with his bug army. …Like I said, there’s not much to the plot. Then again, it’s not really the kind of game you play for the plot.

At the time, I remember the controls for the game feeling amazing: it was like I was really in one of those sci-fi series, shooting things with my blaster and protecting the galaxy. And despite the main game being mostly left up to my brother to complete, I played the multi-player mode obsessively. Nothing felt better than playing “King of the Hill” mode and coming out victorious. The game wasn’t perfect, of course. I don’t think you’ll meet anyone who doesn’t agree that Rare’s collect-a-thon tendencies can get tedious, especially when one facet of that included saving Tribals as you completed a stage, but said Tribals were also not immune to your gunfire so you ended up accidentally killing a good chunk of them first time around. 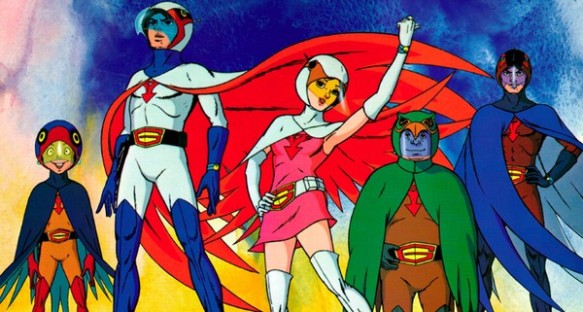 Apparently the game was influenced by a lot of retro sci-fi, like Battle of the Planets.

What really got me into Jet Force Gemini over other Rare games, however, was the fact that I could actually play as a girl. (Yes, I know there were female characters in some Donkey Kong games, but I wasn’t and still am not really attracted to the series for whatever reason.) While it felt at the time that many female characters were the “rational” ones or the “mothering” ones, Vela was all about kicking ass and taking names. She was the type of character I especially adored because she reminded me of myself—for better or worse. Additionally, while all the characters did have a special ability, it never felt like any one ability was worse than the other; Juno’s lava-walking skills weren’t more necessary than Vela’s swimming ability and so forth. The Gemini squad ended up feeling like a real family, and that was a joy to play with my real family.

Yet looking back on it now, some of the design choices are questionable to the point of making me uncomfortable. Namely, Vela’s design. Now, I think most of us can agree that early era sci-fi wasn’t the most feminist thing ever, so I’m not even surprised that Rare went with giving Vela the incredibly short skirt and the weird boob plate top. However, my more pressing concern is that the game started off with Vela and Juno being kids, and the game itself being much lighter in tone. Despite this, Vela still had a super short skirt, which doesn’t seem very practical for space police-ing. Though they aged the characters up, to my knowledge there isn’t an official age and from how the models look with the larger eyes it seems like they’re around fifteen or sixteen. Thus, it makes the jiggle physics on Vela’s breasts and the ease of getting a panty shot extremely inappropriate, especially considering how covered up her brother is. 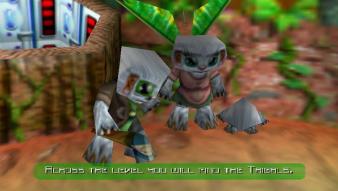 Furthermore, while I’m glad the Tribals aren’t simply a different colored humanoid alien species, again we’re faced with the stupid sci-fi trope of “all female aliens gotta have breasts.” I mean, if they don’t have breasts, how can we tell they’re female!? And all foreign races have to have sexual dimorphism. Obviously. I mean, what else is there? It’s just laughably stupid looking back on it now, and makes it even more disappointing that this is still a thing in sci-fi.

Jet Force Gemini definitely isn’t a perfect game by any means, and certainly isn’t as progressive as younger me was inclined to believe. Yet, for all its flaws, the game did give younger me more hope that cooler female characters could be a thing, and though we’re still struggling to get inclusive characters in 2016, we are making progress. Now, if only we could stop sexualizing underaged characters…