In the Greek pantheon, Zeus and many of the other gods have a whole host of different mortal lovers. In Greek mythology the children of gods and mortals are usually considered heroes. Because the gods are not always portrayed as good, the Greek heroes were those who were largely able to stand up to gods and survive. However, in Judeo-Christian tradition, though angels are not strictly gods, they are still super-powerful beings that some believe slept with mortals to create the nephilim. The nephilim were often portrayed as violent giants who caused all kinds of destruction and were said to be one of the reasons that God decided to flood the earth. The giant Goliath, who is killed by David, is a fierce and violent warrior who was also believed to be one of the nephilim. So unlike Greek mythology, the children of these divine beings and mortals were almost always portrayed as bad. This consequence is a way to show God’s goodness and rightness. Defying God’s laws brought pain to both the angels and humanity through the creation of these monstrous children. However, in the Greek myths, the children of the gods showed how humans could successfully use godly powers for themselves and others.

Furthermore, there is the theory that Christ (who according to most Trinitarian expressions of Christianity is also God) had a romantic relationship with Mary Magdalene, which also resulted in a child. The latter is what made me think of this particular topic. As a Christian, I have always disliked the notion that Christ and Mary Magdalene would have a child together, largely because of the power difference and the implication that there was a demigod-type human that could be created in the relationship. Of course if Jesus is truly or completely God and human, it seems like that creates even more potential for uncertainty for what would happen with his offspring. Would they be divine or just a normal human? In either case people would inevitably worship them regardless, which would lead to a troublesome sort of elitism among humans. But it’s understandable that people would gravitate toward such a theory. After all, relationships between gods and humans are a pretty common theme in many religions and it’s certainly a plot device that is still often used in our pop culture, but it causes all kinds of problems. 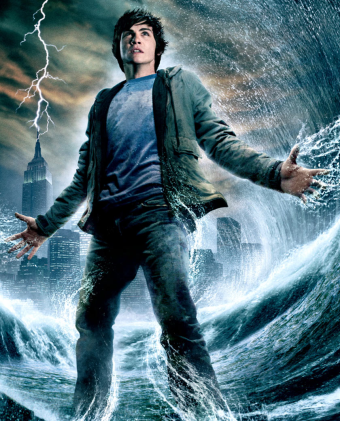 In Percy Jackson and the Olympians we see the issues of these powerful gods very clearly from the beginning of the series. The Big Three, meaning Hades, Zeus, and Poseidon, were forbidden from having any more children with mortal women after World War II when their children, leaders of both the Axis and Allied powers, caused the deaths of many people by fighting with each other. The other gods immediately recognize the problem of at least the three most powerful of them having children and attempt to stop such a thing from happening again, but they don’t include themselves in this issue. No matter how powerful the god, the point is that eventually a being will be created who is powerful enough to alter the course of human history. That isn’t necessarily always a bad thing, but there is a definite risk with the gods’ offspring having the potential to do great harm to regular humans. But this isn’t even the biggest risk or problem with gods and mortals coming together. The scariest thing here is the power imbalance.

We see this especially in the Sandman comics in many of Dream’s relationships with mortal women. While Dream is not a deity, strictly speaking, he is as powerful as one, if not more so. This is most obvious in Dream’s relationship with the African queen, Nada. Though the two were both in love, Nada ultimately rejected Dream, which causes him to imprison her in hell for eternity. He eventually regretted it and saved her, but she still suffered for centuries because Dream couldn’t take no for an answer. While this is similar to the situation that many women face when men can’t take a woman’s negative response well, the consequences here are much more dire, because the gods have full and total control over any mortal. Even before entering into a relationship, Dream had the power to bless or curse Nada. He could not only hurt her physically but also control her afterlife and eternity.

Sometimes mortals and gods love each other and have children with no dire consequences, but there certainly is an issue here particularly with consent and the danger the relationship could cause to other humans. Even when there are no issues between the gods and people they sleep with, or with any of their children, there is still a huge issue in regards to a worshiper of a god and that god becoming involved. A relationship where one partner worships the other can never be healthy. It immediately means that despite any kind of affection the god might show the mortal they are in love with, that mortal will still view themselves as a servant to their god. They might even view it as a religious obligation to sleep with them or have their children. In that way, the relationship will always be one-sided. Even if the god truly loves the human they are with, there will always be a level where their relationship is almost more of a religious rite than something real. When the mortal is ultimately a religious servant to the god, there can never be an equal relationship.

In pop culture, these issues need to be addressed. I think in our pop culture we tend to portray gods as simply super-powerful humans who are sleeping with less powerful humans. But this is a case of beings who literally can control the universe and whom normal humans worship. That creates an extremely different dynamic. I do think relationships between gods and mortals can be explored in interesting or creative ways, though. For example, in Greek mythology there have been occasions where a god makes a mortal they care about into another god. This doesn’t get rid of all the issues I mentioned, but it does help with some of the power imbalances and brings up other interesting questions and consequences. Sadly, this doesn’t seem to be a storyline that I see many people exploring in pop culture. In any case, though, these implications and consequences need to be explored for there to be good worldbuilding and character development.

3 thoughts on “Oh, My Pop Culture Religion: To Love a God or the Ethics of Mortals & Gods Together”