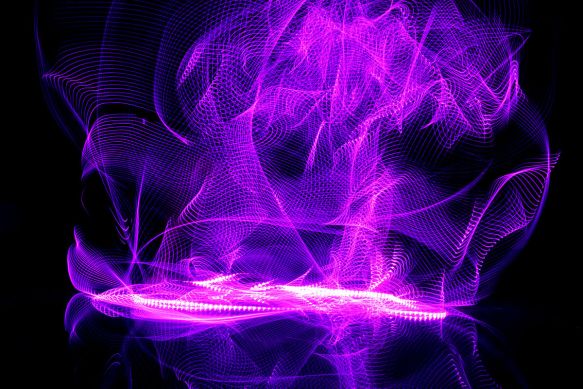 As a consumer of a lot of geeky media, I love it when a book or TV show has excellent worldbuilding that involves different cultures with different magics of their own. However, a lot of times I find that those magics and cultures are pretty rigid. One does this. The other does that. It makes for an easy understanding of how magical battles in that world might work, but it’s an unrealistic and rather simplistic view of how cultures and cultural immigration works. 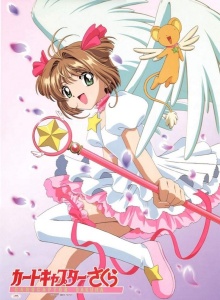 In Cardcaptor Sakura, the titular cards were made by Clow Reed, a sorcerer of both Eastern and Western descent. His father’s side of the family was English, and his mother’s side was from Hong Kong. When Clow created his cards, Keroberos tells us that Clow “combined Asian and Western magics” to create his own magic. The cards are reminiscent of a tarot deck, and in order to use the cards, Clow (and Sakura) use a wand to activate their powers. Presumably, the idea of the wand as Western magic is taken from the many magical wands in classic Western literature, but tarot cards aren’t necessarily or inherently Asian, as they’re found in many cultures all over the world. The compass that Sakura’s friend Syaoran uses is more intrinsically Asian, as it has the I Ching on it, but that’s not something reflected in any of Sakura’s magic or in the Clow Cards. The cards are elements or things which are confined to the card—the Watery card is reminiscent of a powerful water fairy, and the Bubble card creates bubbles. Sakura uses the cards to attack enemies or to accomplish simple household tasks, but nothing about them is particularly Asian or even Western. It’s understood that this is how magic works for Sakura and the why of it is never really analyzed.

Nevertheless, even if we take the cards as a mix of Asian and Western magics, there’s no real attempt to engage with the fact that the cards are the result of a bicultural identity. We don’t learn anything about how Clow Reed chose to create the cards; Sakura just learns how to use them. Sakura never travels to England to see how her magic is different from Western magic (though the series lends itself exceptionally well to potential Harry Potter crossovers), and similarly, she appears to be the only Japanese sorcerer of note in the series. In Cardcaptor Sakura’s world, this is just how magic is. Which is a shame, because there’s a lot here that could be expanded upon to make the story deeper. Adding more episodes about how the cards operate and why Clow chose to create them the way he did would have helped Sakura’s understanding of the cards, particularly in the second season, when she had to change each Clow Card to a Sakura Card. 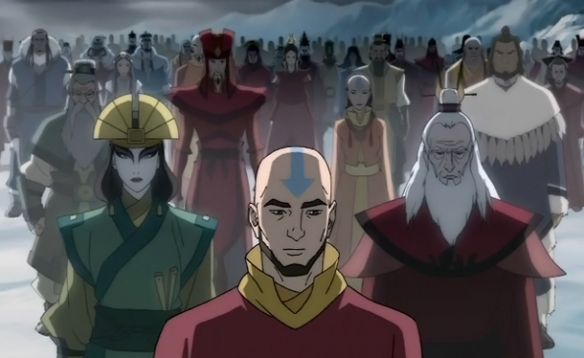 Avatar: The Last Airbender probably gets closest to what I’d like to see. In the world of Avatar, there are four magical disciplines called bending—waterbenders can manipulate water, firebenders can manipulate fire, and so on and so forth. This manipulation is done through physical movements which are based on martial arts disciplines. Only one bender, the Avatar, can manipulate all four elements, and in so doing, they have to master all four martial arts styles. However, Avatar’s worldbuilding is more than just slapping some magic onto martial arts. Each nation has its own culture and customs, as the firebender Iroh explains when talking to his nephew:

Fire is the element of power. The people of the Fire Nation have desire and will. They have the energy and drive to achieve what they want.

Earth is the element of substance. The people of the Earth Kingdom are diverse and strong. They are persistent and enduring.

Air is the element of freedom. The Air Nomads detached themselves from worldly concerns, and found peace and freedom. Also they apparently had pretty good senses of humor!

Water is the element of change. The people of the Water Tribes are capable of adapting to many things. They have a deep sense of community and love that holds them together through anything. […]

It is important to draw wisdom from different places. If you take it from only one place, it becomes rigid and stale.

Understanding others, the other elements, and the other Nations will help you become whole […] It is the combination of the four elements in one person that makes the Avatar so powerful. But it can make you more powerful too.

In his travels, Iroh studied the bending styles of all the benders he came across, and in so doing, was able to utilize some of them to further his own firebending. He teaches his nephew a way to deflect lightning through the body which he based on the pull-and-push movements of the waterbenders. Because he studied and respected other cultures, he was able to change and build upon his own bending traditions. 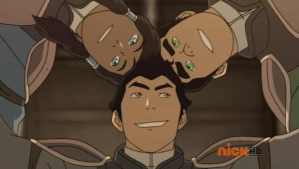 Despite the positive framework that Avatar set up, though, its sequel the Legend of Korra failed to expand on it even though they had the perfect opportunity to do so. Korra is set a generation onward from Avatar, and in that time, Firelord Zuko and the previous Avatar Aang have built Republic City, a melting pot of Fire Nation, Earth Kingdom, and Water Tribe cultures. Two of Republic City’s inhabitants are Mako and Bolin, brothers who are the result of a marriage between an Earth Kingdom father and a Fire Nation mother. Mako is a firebender, and Bolin is an earthbender, but we never learn anything about how their heritage and subsequent upbringing affects their bending. In the melting pot that is Republic City, one would assume that there would be a lot of cultural mixing as well—earthbenders using firebending forms for more power, waterbenders holding a wall of water with earthbending moves, and the like. However, though we learn how bending moves have advanced since Aang’s era, we don’t specifically learn about the cultures learning from each other. The closest we get is a fan theory that Bolin is able to control lava because of his firebending heritage, but that’s never confirmed or denied in the show.

Furthermore, Korra receives and squanders another excellent opportunity to build on its cultural worldbuilding later on in the series. Through a number of questionable events, the spirit portals of the world are forced open, and as a result, people who were previously nonbenders suddenly find that they can airbend. This serves to replenish the grievously depleted airbending population. However, these new benders, mostly from the Earth Kingdom, haven’t grown up in airbending culture—they aren’t vegetarians and they don’t want to give up their worldly possessions to go live the lives of monks on Air Temple Island. Even though they aren’t benders, they have strong attachments to their home countries, and most don’t want to leave their homes even if it means that they’ll be trained airbenders. Our protagonists do eventually get some of the new benders to go to Air Temple Island, where they… just become airbenders. 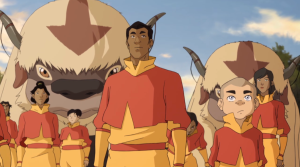 When two cultures mix, there’s always some change in both cultures, whether that’s as simple as salsa overtaking ketchup as a favorite condiment in the USA or as complicated as the ongoing total reconsideration of ethnicity and Germanness. Yet after an initial rocky period, the Earth Kingdom trainees seem totally content to follow all of the traditional Air Nomad teachings. Though none of them were benders in the past, it wouldn’t be unrealistic for them to question or alter the airbending techniques they were being taught because it didn’t mesh with what they knew of earthbending. Similarly, it would make sense for the trainees’ mindsets and ingrained cultural norms to affect and change airbending norms forever. However, the only real change occurs when Tenzin, the airbending master, decides to leave the classic Air Nomad state of pacifism to help the Avatar, and he does that mostly because the world is in danger, not because of any cultural shifting.

Though the worldbuilding in many of these stories is otherwise excellent, this is one blind spot that both annoys and surprises me. In a world filled with immigrants, it seems odd that few people have thought about how immigration would affect magic and how it works in a multiracial and multicultural world. It’s as if the fictional world is saying, “well, we have musicals and we have hip-hop, but we can’t have a hip-hop musical,” and thus I haven’t yet seen a fantastical equivalent of Hamilton, and that’s a true loss. We shouldn’t adhere to one culture blindly, as in Legend of Korra, or not question it at all, as in Cardcaptor Sakura, and fortunately in real life, that’s rarely what happens. Hopefully soon our stories will reflect that too.