All too often when engaging with fantasy worlds, female characters are hard to come by. Sadly, when they are introduced, they’re often nowhere near as well written as their male counterparts. Female characters tend to have less agency than other characters, and their motivation and development as a result can be rather unrealistic. There are most definitely numerous reasons for this. One of them, though, is the use of misogyny as a background decoration. What I mean by this is that writers are often too busy including pointless misogyny to spend any actual time developing their female characters, because misogyny simply offers them an excuse to include gratuitous sexism without considering what message their story is going to send.

Trigger warning for rape and sexual violence ahead.

Regardless of how much I wish otherwise, misogyny is still something that exists, and as a result, it makes its way into the stories I consume. A lot of times, misogyny appears in the writing itself. Other times, it appears as part of the setting of whatever narrative I’m engaging with. Most times, it’s both. Misogyny has been a go-to trope for far too many writers in an attempt to make their fictional worlds “realistic”. Unfortunately, they often fall short of that realism, because many writers rarely understand why misogyny exists. Especially when it comes to stories in a more medieval setting, misogyny is abundant—writers add it to make their narrative more realistic without doing any kind of research, and as a result the story reads like “men hate women because that’s just how things were”. They don’t understand how to utilize misogyny without being misogynistic themselves. They present misogyny as something that just happens, with no consideration as to how it affects the characters.

A good example of this would be Game of Thrones. Unlike its book counterparts, Game of Thrones at no point explores misogyny in any kind of meaningful way. To be fair to the show, though, A Song of Ice and Fire also doesn’t take the time to explore how Westerosi society developed to be the way that it is. However, it’s not as much of a problem when reading the books, because while they don’t give us much social history on this matter, they specifically talk about how the misogyny influences the characters and shapes their lives and perceptions. A good example of this would be the prophecy of “the prince that was promised”. Originally, this prophecy was written in High Valyrian, and its word for “prince” is gender neutral. However, the people of Westeros assumed male based on their own belief system, and even though there’s a young queen with three dragons roaming the world, very few characters even stop to consider that the prophecy may be about her. The misogyny works in A Song of Ice and Fire because GRRM takes the time to show how it affects all the characters on almost every level, and were the misogyny removed, the narrative itself would change drastically. It could not be the same story. 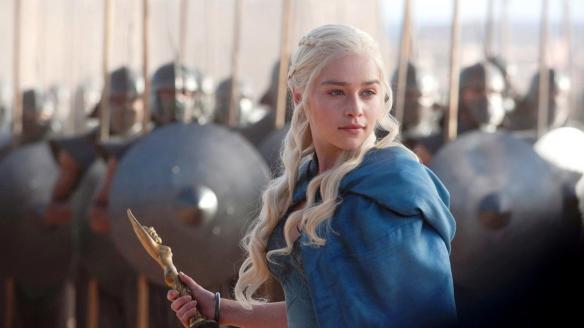 The same is not true for Game of Thrones, and to be honest, it feels as if the show writers looked at the misogyny in the books, completely missed the point, and then used it as an excuse to degrade its female characters, instead of presenting it as something those characters have to deal with. Throughout all the seasons, the show randomly features female nudity to no purpose. All too often, there are scenes with naked women walking around in the background as literally nothing more than wallpaper in a setting, and when the show chooses to be shocking, it tends to fall back on violence against women to do so. Talisa Stark is stabbed in her pregnant belly, Sansa is raped for no reason, Shireen is burned alive, and Gilly is almost raped so she can reward Sam with sex for saving her. While women’s oppression can and does manifest in obvious ways, such as violence or rape, it also manifests in much more subtle ways that can be equally as damaging.

This is something that Game of Thrones fails to realize, which is why its female characters come off as so flat and unrealistic. They don’t respond to their oppression in logical ways—we don’t have Sansa maintaining her innocence and femininity because her kindness is the only acceptable weapon open to her, as she does in the books. Arya makes fun of other girls for being “stupid” and she’s totally not like them. Cersei’s internalized sexism and why she has it has been all but removed, and now it’s no longer one of the driving forces behind her paranoia. Jorah Mormont’s storyline has been changed from “creepy older man lusting after fifteen-year-old girl” to “poor friendzoned guy Daenerys doesn’t appreciate”. The closest we get to any kind of acknowledgement that misogyny hurts women and that it’s a topic that deserves exploration is Sansa telling off Petyr Fuckface Baelish. The storyline with Jorah is particularly upsetting, though, because it turns a sexual abuser who feels entitled to a young girl into the victim, and in the process it completely disregards Daenerys’s reasons for rejecting him in the first place—she just doesn’t see him that way (which is valid on its own), and even if she did, Jorah is partly responsible for both Drogo’s and Rhaego’s deaths. Her acceptance of him as presented in the show is illogical. 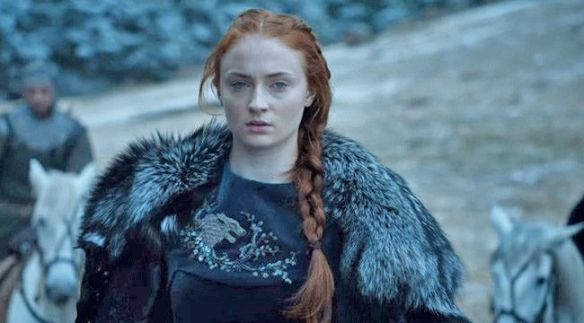 If Game of Thrones does not attempt to explore misogyny outside of “rape is bad and it emotionally hurt me”, what does the show actually teach us about misogyny? That it exists. Well, all right then, but what about its existence? What does the show want us to learn here? How does putting misogyny in the narrative strengthen what’s going on and add to the worldbuilding? If there’s no reason for something to be there and a writer adds it anyway, then that’s bad worldbuilding. It’s now just something that happens for the sake of happening.

Game of Thrones is hardly the only story to do this, but as it’s one of the most popular shows on the air, it does have an influence on geek culture at large. Even The Shannara Chronicles, another story that seems incapable of doing anything right, added misogyny and violence against women into its setting. We learn that the character Eretria is property to her father Cephalo, who constantly attempts to sell her off into sexual slavery unless she can win her own freedom. Considering that Cephalo has such a poor outlook on women, it wasn’t very surprising when at another point in the story he attempts to rape Amberle, only for Eretria to save her. Afterward, Amberle’s reaction to her near rape is absolutely nonexistent. What’s worse, Cephalo gets a redemption arc that at no point punishes him for his past actions, before it allows him to die a heroic death saving Eretria’s life.

What about Cephalo’s character makes him deserve a redemption? How did he come to view women in such a way and how did he overcome his own bigotry? How does his actions against Amberle affect her and at any point in time would she be willing to forgive him? These questions are never answered, and that’s really why Cephalo’s actions against Amberle and Eretria are horrifically pointless and his redemption completely unbelievable. 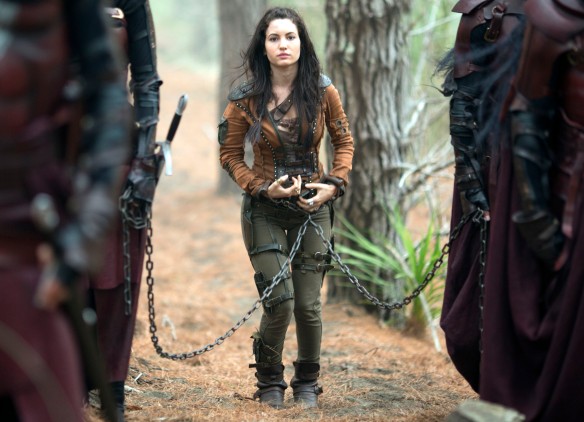 Even in the very first episode, The Shannara Chronicles makes use of misogyny to give Amberle something to overcome. Amberle almost fails in her quest to become a Chosen to protect a sacred tree because her competitors are upset at the thought of a woman succeeding and attempt to sabotage her. Amberle’s success here is taken as an insult. This, however, does not fit with other things we know about the world. The captain of the royal guard is a woman—what problems did she face? One of Eretria’s former lovers runs around the countryside hunting elves of her own free will, and when the characters come across a human settlement, though there’s a man in charge, there’s nothing to indicate that the women who help him run things face any challenges due to their gender. As a result, Eretria’s enslavement and Amberle’s almost rape and sabotage add nothing to the story, let alone their own character development.

There’s no arc or attempt to show either character attempting to overcome patriarchal standards in any meaningful way—and even if there were, both Eretria and Amberle spend the show being constantly damselled over and over again, sometimes by each other, and in need of rescuing, sometimes by Cephalo for some stupid reason. Since the characters rarely get themselves out of these personal situations or even address that they happened, the misogyny can’t affect their own development. And since the misogyny also only exists when the narrative wants to shove a random conflict into a scene, the story doesn’t let us take any kind of message or lesson from the characters’ hardships either.

While misogyny is a thing that exists, it does not have to be included in stories for the sake of “realism”. However, if a writer wants to add misogyny or oppression into a story, that writer needs to take care with how they wish to do so. If you’re going to add it in, but have no intention whatsoever of actually exploring misogyny, how it comes to be, and how it affects people, all you have done is taken a serious issue and normalized it as something that just happens. Misogyny cannot be a background decoration for the sake of worldbuilding. It has to exist for a reason or a story will suffer.

7 thoughts on “Misogyny Is Not a Background Decoration”