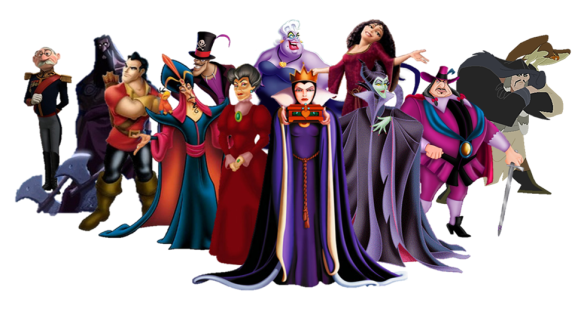 I love Disney movies. They’re a nostalgic staple of my childhood, but like almost everything, when viewed from an adult perspective, they are far from perfect. One worrying trend that I see in childhood films is the idea that death is the same thing as justice. Disney is hardly the only company at fault for doing this, and this trope does show up in media designed for older audiences as well. But my experience with Disney was really the first time I was exposed to the idea that villains deserve to die awful horrible deaths. Even if the heroes initially want to show their villains mercy, the mercy will be misplaced, and very rarely will actual justice be done.

This of course begs the question: do villainous characters truly deserve to die, especially in such awful, violent, and painful ways?

It took me a long time to realize just how brutal some of the Disney deaths are, because while we do see a few onscreen—such as Ursula being stabbed when a ship rams her—they lack any kind of blood, and a great number of deaths are simply heavily implied. Looking back, I find myself horrified that Scar was eaten alive by hyenas or that Frollo fell from a cathedral while being doused in molten metal. While I hardly believe these characters deserved any kind of happy ending, the way they die is often over the top and unnecessarily brutal.

What is interesting about these deaths, however, is that almost none of them are at the hero’s hands. Frollo falls due to his own actions, Tarzan’s Clayton gets himself hung, and Gaston would have lived had he just accepted the Beast’s mercy and left the castle. In this way, Disney manages to kill off its villains without sullying the heroes’ hands. Instead, their deaths are the result of divine right or karma. Unfortunately, this has a lot of bad underlying messages. We see the Beast grow as a person, and instead of giving into his anger and murdering Gaston, he shows him mercy and spares his life. The movie is quick to show that Gaston didn’t deserve the mercy, however. He stabs the Beast and then slips and falls to his death anyway. Tarzan chooses not to shoot Clayton, and instead ties him up in some vines. Clayton also responds to this mercy by continuing his attempts to kill Tarzan, and even though Tarzan tries to save him, Clayton accidentally hangs himself.

In both these incidents, Disney attempts to point out the heroes’ virtue by having them be merciful, but it undermines whatever message it was going for by showing that mercy is misplaced. Additionally, since all these villains are being killed by divine right, it’s not hard for an audience to leave their viewing experience seeing these deaths as justified. Even if the protagonists aren’t directly responsible for the villains’ deaths, if God or whatever divine force of that universe tells us it’s just, then there’s almost no point to having a merciful hero. The heroes could just do the deed themselves and the narrative would still present that as okay. 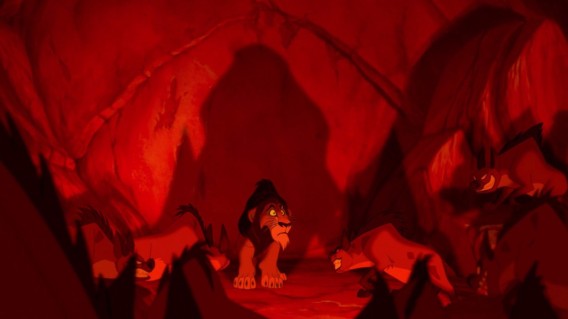 These types of deaths—bloody, violent, and/or painful—are in many ways a revenge fantasy. They are told with the intention that we in the audience will agree or cheer when the villains die. The more painful the death, the better, because we perceive this as something the villains have coming. Unfortunately, revenge is not justice. Revenge is an action done with the intention of hurting or causing pain to another person, in response to a pain that person may have caused you, regardless of how much pain you initially underwent. However, justice, by definition, is a form of fairness. It is not done with the intention to hurt another person—it is done with the intention of righting a wrong or ensuring that someone cannot continue doing wrong. This is why something like Scar’s death cannot be justice—he dies in a way that is unnecessarily painful with the sole intent of hurting his character as much as possible in the process. In the stories I mentioned, revenge and justice are presented as the same thing, and they result in death. There are of course, thankfully, other Disney narratives where this is not the case.

Stories don’t have to lose anything by enforcing a mindset of mercy over death. At the end of Frozen, the sisters have Hans arrested and sent back to his brothers, in Sky High all the villains go to jail, and in the Aristocats the evil butler is written out of the will and sent to Timbuktu. None of these narratives are weakened by allowing their villains to live, and it does make me wonder how other stories could have played out. If we stop to think about it, did someone like Gaston truly deserve to die? We know he’s arrogant, cowardly, entitled, and he tries to blackmail Belle by having her father taken away. Then, he learns that Belle was held captive against her will in a castle no one’s heard about by what for all accounts is a monster. His desire to kill the Beast is obviously unwanted by Belle, but he tries to anyway due to his own personal sense of glory. His actions are bad and ignoble. He’s driven purely by selfish desire, and while he certainly deserved some kind of punishment, did he really deserve to fall from a high tower? His part in the story could have ended when the Beast spared him. He could have gone back to the village in shame and all the villagers could have recognized him as the awful person he is.

One of the problems with these kinds of narratives is that they present villains very flatly. If they truly do deserve to die in these ways, then their humanity is stripped from them—they’re not people; they’re the embodiment of evil. Unfortunately, a character like Gaston is simply a giant asshole and not necessarily evil incarnate. Frollo, on the other hand, is much darker. He has people tortured and murdered, attempts rape, and spends years manipulating and abusing an innocent person. The idea that he deserves to fall to his death, regardless of whether he’s coated in liquid metal when that happens, makes much more sense to me. But once again, this is upholding death as a better outcome than something less violent.

I hardly believe that people left Beauty and the Beast with a burning desire to go throw every womanizing asshole off a roof, but the stories we consume do speak to us on an emotional level, and they can have an impact on how we view the world. While not every story out there, Disney or otherwise, utilizes death as the ultimate form of justice, there are certainly enough that do, and they cater to our cultural mindsets. What does it say about us as an audience if we want these bad people to go through these kinds of things? If we think this is okay, then how are we different from the villains? No character should be immune from death, but it would be nice if mercy and less violent alternatives were not immediately written off. Media does affect us and that is especially true of children’s media. As such, we need to be careful with the messages we put into these stories.