The movie Who Framed Roger Rabbit is probably one of my all time favorite movies and Jessica Rabbit is definitely one of my favorite characters. In the movie, Eddie Valiant suspects Jessica of being somehow involved in a murder that Roger Rabbit, her husband, was framed for. During the movie, she is accused of being everything from a seductress, to a gold digger, to an adulteress, to a murderer, but is proven to be nothing but a loyal wife as the movie progresses. She even tells Eddie that she’s “not bad, [she’s] just drawn that way” and in that regard Jessica has a point. Throughout the movie Jessica is viewed as a bad person largely because of how she looks. It seems in animation the more sexualized a woman is or the more she engages in stereotypical feminine things like wearing makeup and sexy outfits, the more likely she is to be portrayed as evil. 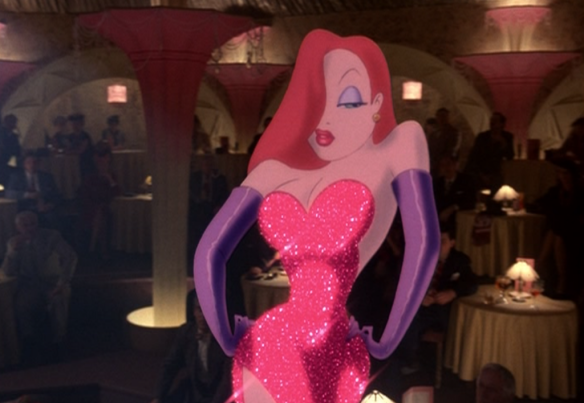 Disney is probably one of the biggest perpetrators of this negative trope. While their female heroines dress mostly modestly and appear to wear little to no makeup, female villains are usually portrayed as very sexual, wearing lots of makeup and are often drawn with seductive, heavy-lidded eyes. It doesn’t take much to see what female qualities are being demonized and which lauded as virtuous.

We see this issue with almost all female Disney villains, like Maleficent, Ursula, Gothel, and many others. They are almost always portrayed as less beautiful than the heroine, but while the heroine is portrayed as a very natural beauty, female villains are shown as wearing a lot of makeup. This is done for a variety of reasons connected to our sexist culture and history. Stories going back as far as ancient myths or Biblical tales almost always portray evil women as either vain, seductresses, or both. There is rarely if ever simply a bloodthirsty, power-hungry woman who murders people, and if there is she is probably seducing people in power and then killing them. Everything about female villains is connected to beauty and sex. 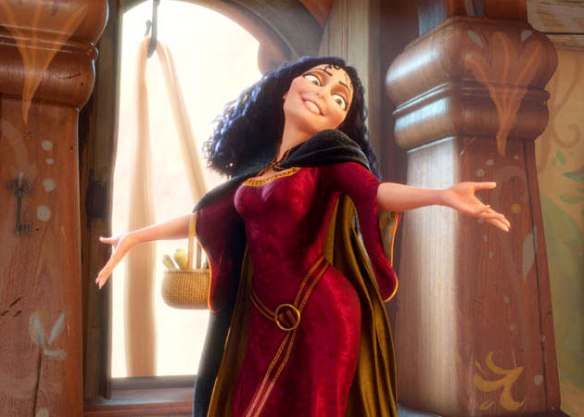 However, female heroes need to be beautiful and sexually available as well, but in a different way. Good women should be natural beauties that don’t need to “fake” anything with makeup or be so “obsessed” with their appearance that they enhance things with makeup. As far as sexuality goes, female heroes need to be pure and virginal, but still sexually available. They can’t flaunt their sexuality, but they definitely need to be concerned about marrying the perfect prince. Animators then use these sexist beliefs about women to convey certain things to the audience without having to explain anything. They can use this shorthand to say that a female character is evil if she is wearing more makeup or dressing or acting in a way that shows off her sexuality. Automatically, especially as young children, we see this person as being evil and not as someone we should trust.

Disney has used this trope in subtler ways as well. For example, Meg from the movie Hercules is portrayed as wearing heavy makeup and definitely owns her sexuality. She even has a past romantic relationship that didn’t work out, unlike a lot of female Disney characters. However, Meg isn’t portrayed as a typical female hero; in fact, she starts out as something of a villain. She has sold her soul to Hades and is working for him. At first, Meg doesn’t even seem to like Hercules all that much. Meg’s appearance is supposed to show her as something we should be at least a little suspicious of, and we have our suspicions confirmed when we see her with Hades. But we soon see she is drawn this way to confuse the audience into thinking she is bad. When it’s revealed that she actually sold her soul to Hades to save her ex-boyfriend, we feel sorry for her as a wronged woman and want her to end up with someone nice like Hercules. Meg then is shown as more of a redeemed woman. She was bad, or at least stuck in a bad situation, and Hercules’s love pulls her out of that dark place. 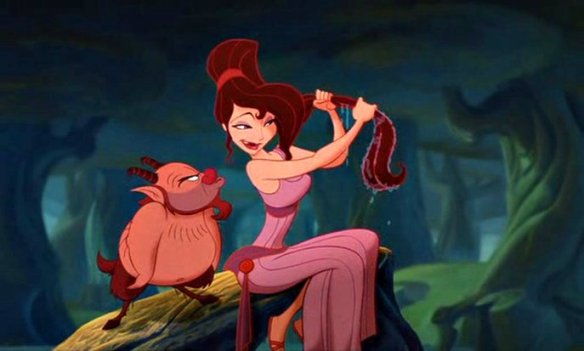 Elsa is probably one of the best recent portrayals of a female character because of this trope. Elsa was originally intended to be a villain just like in the original Hans Christian Andersen story, but after casting Idina Menzel as the voice actress, the character changed significantly to one who was depressed, abused, and misunderstood. When Elsa embraces her powers, she changes from her more uptight and subdued outfit to one that is much more sexual. For all intents and purposes, this is an outfit that would make it appear as if Elsa has become evil. I remember when the movie first came out I heard from more than one kid and parent saying that they were confused and thought Elsa had turned evil. The fact that Elsa broke this sexist stereotype is huge, but the reaction over it also shows how deeply some of these sexist beliefs are ingrained in our society

It would be great if animators would break out of this style more. By showing only the female villains as very overt in their sexuality and doing stereotypically feminine things like wearing makeup, these movies are actually demonizing women for embracing their sexuality. The message is that any women who want to wear makeup are vain and any woman who owns her sexuality must be evil or at least “sinning” in some way. It’s a terribly sexist belief that I wish wouldn’t be drawn into family films. 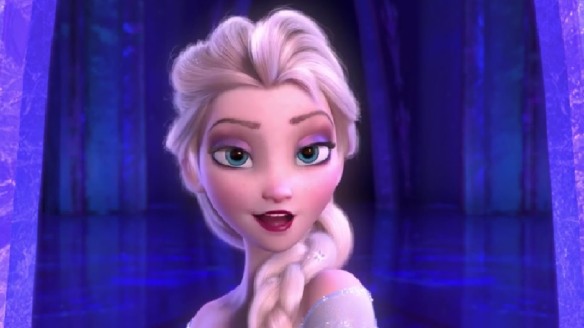 4 thoughts on “Sexualized Saturdays: “I’m Not Bad, I’m Just Drawn That Way” or the Art of Demonizing Women”