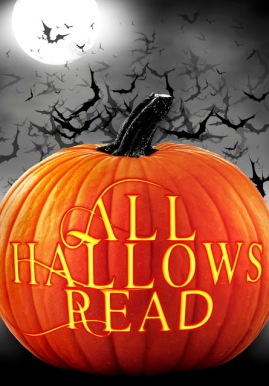 Happy Halloween, y’all! I hope everyone has fantastically spooky plans for this exciting Monday night, or if not, that you at least got your spoop in this weekend.

In the spirit of All Hallows Read, I figured I’d use this post to recommend a scary book. I unfortunately ended up taking this duty too seriously, and ended up reading a book that was just a little beyond my spook limits. It’s cool, though. I’ll sleep again eventually.

The Call by Peadar O’Guilin piqued my interest despite my inability to handle horror because it wasn’t generic horror—it was fairy-based horror. I’ll read pretty much anything that puts a dark twist on fairy lore, so I dove in headfirst.

Vague spoilers and a trigger warning for extreme body horror after the jump.

Actual Irish mythology tells how the original inhabitants of the island, the Sidhe, were essentially banished from Ireland when humans settled there. The entire species was forced to decamp from their homeland into another world, and there they have remained for thousands of years. In The Call, this other world, the Grey Land, is a hellscape, and the Sidhe have grown tired of it. Twenty-five years prior to the start of the story, they used their power to cut off Ireland from the rest of the world, and have been slowly working on killing off its human population so that they can reclaim it.

However, the ancient treaty they agreed to with the original Irish settlers keeps their powers somewhat restrained, and they have to call humans into the Grey Land in order to have their gruesome way with them. Their magic works best on people who are in a transitional state, so they have been targeting the entire teen population of the country. Ever since that fateful day, every Irish teenager can, at some point in their adolescence, expect to be Called into Grey Land and hunted. While they’re only gone from the human world for three minutes, time in the Grey Land passes differently, and they remain there for a full day. If the teen can survive that whole time in the fairies’ terrible country without being caught, tortured, and horrifically murdered, they are allowed to return to the human world. But only a small number do. In the beginning, it was as bad as one in a hundred or worse; as the Irish learned what to expect and began to train their children to survive being Called, the success rates improved to close to one in ten. But while this ten percent survives their ordeal, they often come back changed or scarred, sometimes physically and almost always mentally. 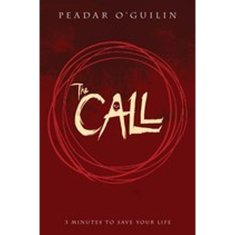 Enter our protagonist, Nessa. Nessa has been the subject of pity nearly her entire life because a polio infection in her childhood left her legs twisted and weak. In a regular world, this would simply be a disability; for a teenager in Sidhe-haunted Ireland, it’s considered a death sentence. Nessa knows better than anyone that the inability to run from the Sidhe during her Call will be hugely dangerous, and so she throws herself into her survival training more seriously than anyone to compensate by strengthening her arms, studying survivor accounts to familiarize herself with the threats she might face, and learning ways to use others’ assumptions about her to her advantage. She is determined to survive if for no other reason than to spite the people who have pitied her for most of her life.

Survival college is hard enough with the brutal training the students are put through and the knowledge that anyone could be Called at any time hanging over their heads. But the stakes shoot higher when whole schools start to die in the human world, students and teachers, without being Called. Clearly the Sidhe have figured out some way to reach into and influence the human world. Nessa and her friends and teachers are racing against the clock to prevent it happening at their school, while the teens also live in constant fear of being the next person Called.

This was a hell of a page turner, for sure. I started reading it and had to force myself to put it down when I realized I had read a hundred and sixty pages and it was after 3 AM. (I finished it first thing upon waking the next day.) The fact that anyone could be Called at any time was gripping, and the descriptions of their experiences during their Calls built the horror up so that you were truly terrified of what would happen when Nessa was finally Called.

I don’t want to get into too many spoilers here, because I am trying to encourage people to pick up this book. That said, this is Lady Geek Girl and Friends, so I’d be remiss if I didn’t dig into issues of representation. I’m not familiar with the specific effects of polio, but I feel like Nessa’s disability is portrayed well. She has trained to strengthen her arms and does have a lot of upper body strength, but she still has to depend on the her opponents’ underestimation and the element of surprise to win sparring matches. She is able to walk more smoothly and speedily with crutches, but she has taught herself to find sturdy branches and makes a new pair any time she needs them because she knows she won’t be able to bring them with her to the Grey Land. However, while she acknowledges that her disability puts her at a disadvantage, she doesn’t resent it or necessarily want to be fixed. Even when given the opportunity to ask for healed legs from the Sidhe, she asks for a different gift instead.

She struggles constantly with the ableism of a society that hones its teenagers into survivalist weapons; others’ reactions can range from hatefulness—why are we wasting valuable resources on someone who will never survive their Call—to well-meaning but still condescending pity. For example, students at the survival college are punished for rulebreaking with a stint in a cell with no food. The threat of potentially being weak with hunger when Called keeps people on their best behavior most of the time. Nessa breaks more rules than she ought to, but she never gets sent to the Cage for punishment, because she’s already going to have, well, a handicap, when she is Called, and it seems to others unnecessarily hobbling to deny her food as well. Meanwhile, Nessa resents what she sees as special treatment, and often lies to her classmates that she’s being punished in some other way. Because of the way the society is structured, a lot of the conflict that surrounds Nessa is based on the way these varying ableist mentalities affect her.

The story does include other aspects of diversity as well. O’Guilin doesn’t use his setting of Ireland as an excuse to whitewash his cast; there are characters from a variety of ethnicities represented. There are also queer characters, and although one of them does die, like, more than half of the characters die, so it doesn’t seem like they’re being particularly singled out. O’Guilin also makes sure to address the fact that even in a society that isn’t necessarily homophobic but is desperate to maintain its population, queer people who survive their Calls are going to be expected to reproduce whether they want to or not. An unpleasant tidbit, but it showed that he was paying attention to even the small details of his worldbuilding. 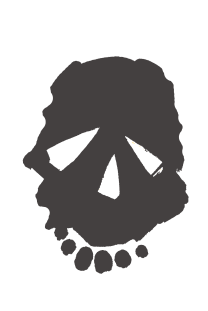 Even the little skull from the cover freaks me out. It’s just weird and unnatural-looking. (via peadar)

That said, if body horror isn’t your thing, this is certainly not the book for you. It’s why, despite its fascinating premise, it really wasn’t the book for me. The Sidhe may be beautiful to a person, all glittering fairy princes and princesses, but the descriptions of what they do to the victims they catch are nightmarishly gruesome—bodies are stretched and contorted into terrible shapes, hearts pulled beating from chests and eaten, limbs pinched off bit by bit like so much clay. And that’s not the worst of it. The worst of it is that none of the animals in the Grey Land are animals. Rather, they’re all humans, formed into beasts in some horrific way, pulled into horses, glommed together into spiders, crushed into dogs; you name it, the Sidhe have tortured a living human into the shape of it. The Call has nightmare fuel in spades, and even though I mostly skimmed the actual descriptions of these creatures, my very vivid imagination was still happy to provide lots of terrible images. All told, this is easily the goriest YA book I’ve ever read.

That said, if you have the stomach for it, it does make it a perfect creepy read for a spooky Monday Halloween night. Give it a try and then we can both say we’ve survived The Call.

1 thought on “The Call: 2Spooky4Me, but Perfect for Halloween”