It’s been almost twenty years since SquareSoft abandoned its Nintendo loyalists for the sexy, polygonal temptations of the PlayStation: in 1997, Final Fantasy VII was released for the PS1 in all its blocky glory. 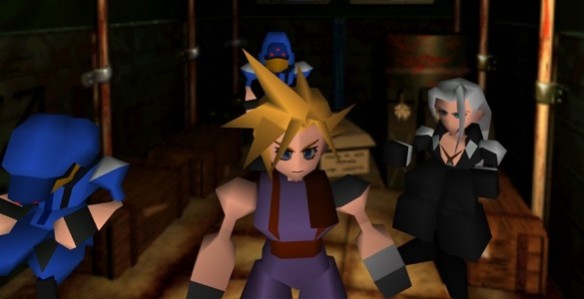 Dear Cloud, how do you type with boxing gloves on your hands?

Platform and graphics aside, the game’s futuristic, cyberpunk setting also marked a new era for the series. While previous Light Warriors marveled at the steam engine between treks on their flightless Chocobo mounts, Cloud, Tifa, Barrett & Co. got helicopters and a spaceship. 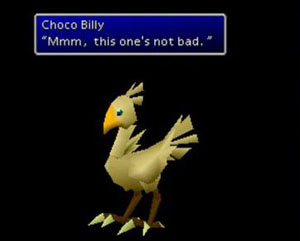 And kept the chocobos anyway. Gotta give the fandom what it wants.

But as I was replaying this game recently in anticipation of a PS4 remake in the near future, there wasn’t much reason to ponder over ’90s-era console wars, or fanboy rage at the shift in setting. Instead, I was repeatedly struck by how eerily prescient the whole thing felt. The game still has an outsized reputation in the history of JRPGs and console gaming, but more than anything, it should stand as a grave warning of the realities of 21st century life, as we live through it.

The Final Fantasy series, borrowing, perhaps, from Star Wars, often framed its stories as a struggle between an evil Empire and a heroic Resistance. The Kingdom of Baron filled the imperial role in Final Fantasy IV; in Final Fantasy VI, it was simply called “the Empire”. Final Fantasy VII is no different, but it drops the monarchial trappings. The tyrants of this world are not kings and emperors, but the malevolent Shinra Electric Power Company, Incorporated.

Electricity is the center of Shinra’s industrial domains, but like an octopus, it has branched out into all aspects of life, including weaponry, real estate, construction, security, news and entertainment. With a private army, Shinra displaced the political state altogether, and appears to rule absolutely from the city-state of Midgar.

In this way, it largely mirrors Gazprom, the Russian megacorporation. Gazprom began as a petroleum company after the fall of the Soviet Union, but used its enormous wealth to control much of the Russian economy: TV, radio, and newspapers are run by Gazprom-Media, finance by Gazprombank, and it even owns a soccer team in St. Petersburg. It has largely merged with the Russian state; its majority shareholder is the government and directed to state interests as much as private profit.

But Shinra’s style is not limited to Russia, as the American election of Donald Trump proves. Trump’s business empire is diverse, and while it lacks the sheer magnitude of Shinra or Gazprom, it seems to share its ends, especially as it begins to intertwine with the federal government itself. Trump even looks a little like President Shinra. 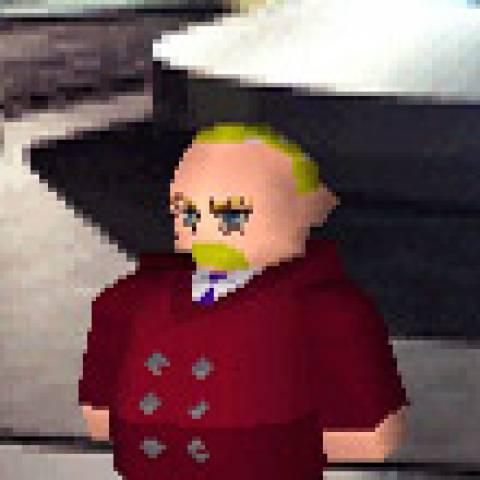 As opponents of an evil corporation, rather than an evil government, the heroes are not exactly an organized military resistance as FFVI’s Returners were. Instead, they are affiliated with AVALANCHE, a terrorist organization which deplores, but accepts, civilian casualties from its strikes against Shinra. Shinra fights back with soldiers and police, but also with a rigorous propaganda campaign, ultimately framing the organization for its own deliberate destruction of Midgar’s slums.

This, too, is ominous. Emperors are tyrants, and their rule is purely based on their own power. But Shinra’s subtlety is troubling; their propaganda efforts mean that many of the people suffering under Shinra rule are in fact hostile to AVALANCHE. Putin has mastered the art of depicting his political enemies as traitors, criminals and terrorists, and Trump appears to be taking the cue.

Propaganda, though, is not the only means by which Shinra keeps control. Despite grotesque inequalities in Midgar, including desperate and abject poverty in its slums, there is a steady stream of panem et circenses to keep the people entertained, content, and docile. Sector 6 in the slums hosts Don Corneo’s brothel, dominating the neighborhood known as Wall Market (get it?). Shinra appears perfectly happy to let the red light district keep operating, and the crime boss Corneo is tolerated by those in power. 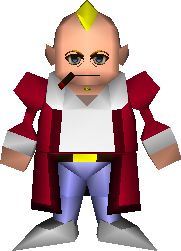 Shinra also keeps the Gold Saucer casino open, another source of cheap entertainment and false contentment in the context of unjust rule. Both the casino and the brothel—and their various patrons—are useful icons for the Trump/Putin vision of the present; the former strongly identified with casinos from the start of his career, and both promote debauchery—and sexual assault—as part of their image. Popular entertainment in Russia also falls under the jurisdiction of the government, which, like Shinra, gives the people what they want as long as it doesn’t tip into rebellion—bawdy reality shows, dominant in Russia, are part of Trump’s history, and surely, part of Shinra’s lineup, which already frets over the TV ratings for its celebrations and military parades. 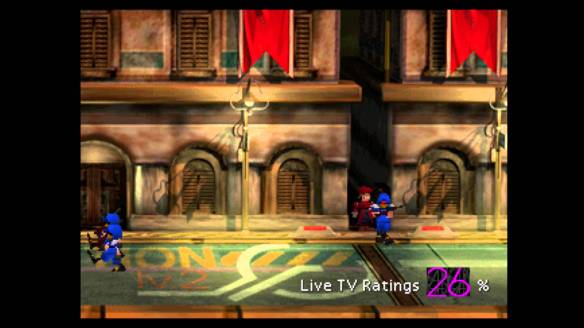 Ultimately, though, the Shinra-AVALANCHE conflict falls into the background of the story, as the world itself faces an existential threat in the form of Sephiroth—an escaped Shinra experiment. Sephiroth was the product of genetic engineering and the game’s magical mako energy, a universal life force depleted by Shinra’s activity. Enraged at his own creation, Sephiroth summons Meteor, which will wipe out all life on the planet and therefore purify the Lifestream. Shinra and the heroes ultimately work together to stop him, with Shinra dissolving after bearing the brunt of Sephiroth’s onslaught.

The analogy here is less direct, but still chilling. Shinra’s wealth comes from mako energy, a rapidly depleting natural resource which threatens to doom the planet. Resource extraction and global warming are easily linked here, whether it’s Gazprom or Trump’s promises to burn more coal. Sephiroth remains a fantasy villain, but his name, derived from the Kabbalah, and his eschatological zeal, touch on the violent religious movements both inflamed and battled by Trump and Putin, in the form of ISIS, al Qaeda, the Rose, the self-declared True Orthodox Church, or any of the religious movements in the United States which have embraced Trumpism.

The real world, of course, will lack the triumphs and defeats of a video game. But there is something deeply uncomfortable about playing an old game which depicts a farfetched world that is increasingly coming to pass. The usual lovable band of misfits will not materialize to stop the march of authoritarianism across the world, and we need something more than heroes to prevail—not least because the game envisions a frighteningly high casualty count, pushing its world to the brink of total annihilation (and past it, in any unsuccessful playthrough). Video games reward strategy, but ultimately presume that change can come only at the barrel of an oversized sword.

There’s no option besides violence in Midgar; the game has no mechanic for nonviolent revolution. So while we may draw inspiration from Cloud and his friends, they can only take us so far. We need a solution for ourselves in a real world that feels all too much like fiction.