I was recently watching Movie Bob’s review of the Doctor Strange movie, and in it, he lamented the fact that all comic book movies are action movies. Which got me thinking: do all genre fiction movies, in general, really have to be action movies? Especially when it might not entirely serve the narrative? Are we missing out on a ton of interesting movies just because writers are afraid to take science fiction and fantasy outside of the action box?

With this in mind, there are some recent movies whose plot and character development would definitely have benefited from not being action movies.

Doctor Strange is the movie that inspired this post, so it seems only natural to discuss it a little more. Doctor Strange tends to be more esoteric and cerebral than most other comic books, which is probably why Doctor Strange had issues maintaining his own comics in the past. It’s not like normal comics because it is not as action-packed or thrilling, and is more mystical and adventure-oriented. Obviously we get some of this at the end of the movie when Strange sacrifices himself by trapping both himself and Dormammu in an infinity loop, which eventually allows him to make a deal with Dormammu to leave if Strange releases him. Still, there are so many things that go unexplored in this movie because The Powers That Be were so focused on giving us trippy action-packed fight after fight. 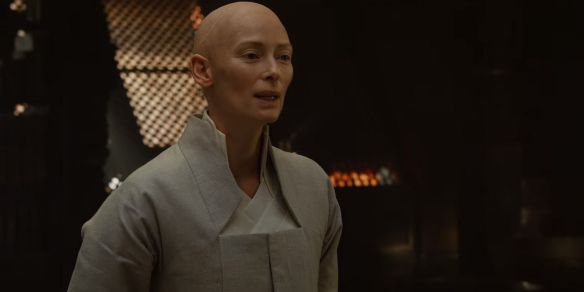 The main conflict in this movie is actually one that barely gets touched on, and that is the moral conflict between Kaecilius and the Ancient One. After the death of his family, Kaecilius wants to use the power of Dormammu and the Dark Dimension to make it so everyone can live forever, but the Ancient One’s followers are always taught not to break the laws of nature. However, things become complicated when it is revealed that the Ancient One is also using Dormammu’s power to remain alive and is constantly breaking the laws of nature. This moral dilemma should have been at the focus of this movie. I’m not suggesting that this movie needed to be full of intense moral and ethical monologuing, but it would have been nice to let the audience become more absorbed in this dilemma. Let Strange, as an outsider, struggle with this conflict for more than five minutes before the next fight scene. This would force the audience to put themselves in Strange’s place and decide which side they would choose in the end. Part of the fun of magical characters is that they often have to follow certain rules, and Strange as a newcomer to magic would struggle with whether or not he should follow those laws. Setting things up this way would have allowed for more character development for the Ancient One and Kaecilius as well, as we would have to understand their positions. As it is now, in the movie we don’t get to know either of them very well.

In the recent Fantastic Beasts movie, there is a lot of action involving Newt and his creatures, which is cute, funny, and entertaining to watch, but as the movie progresses, it becomes increasingly apparent that despite Newt being the main character, his story is not the main plotline. The real story is about Tina, Graves (who is actually Grindelwald), Credence, and the Second Salemers, which of course leads into the larger plot of Grindelwald and the second wizarding world war. We basically have Tina as a wizard cop who is trying to solve this mystery at the same time that her boss is, but—plot twist—her boss is actually the bad guy. Newt could have very easily been written in as Tina’s sidekick and not the other way around, and the movie could have played out a lot more like a Sherlock Holmes-level mystery with some action here and there for the sake of drama, and to add to the suspense and pressure for characters to figure out what was going on. Instead what we get is Newt playing Pokémon master and stumbling across the answers to this other mystery that the Aurors already knew about. Newt is also the one to recognize that something is up with Graves, even though he’d never met the man before. For all Newt knows, Graves has always been a dick. 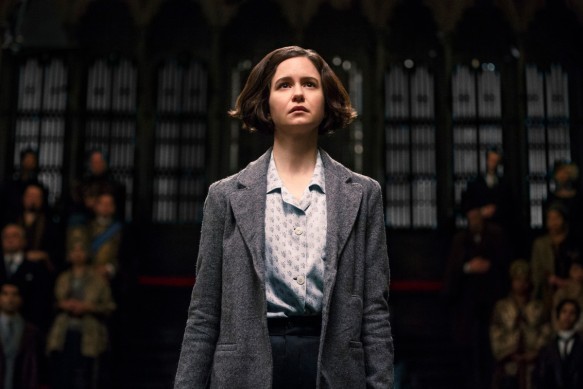 Wouldn’t this have made a lot more sense if we focused on Tina’s investigation of the Salemers? She would be demoted partly because Graves knew she was getting too close to his plans, but she continues her investigation in secret. Eventually she could realize that Graves is meeting with Credence, and begin to suspect her boss is working for Grindelwald, only to discover that he was Grindelwald the whole time. Then, along the way she gets a quirky magizoologist sidekick to help her out. It makes more sense for the story to focus on the mystery Tina is attempting to solve, not only because that is the real plot of the movie, but also because Tina is the only one to have significant interaction with Graves and Credence. So really, only she could have put the pieces of this puzzle together effectively. By having the movie focus on Newt running around the city trying to find his creatures while being chased by the MACUSA, it only distracts from what is actually going on. Also, we miss out on potentially having a female lead!

Science fiction and fantasy can be good without being filled with intense action scenes. There is nothing wrong with action, and certain storylines do lean more toward that end of the spectrum. But not every movie does. Just like what works for the Deadpool movie wouldn’t necessarily work for the Thor movie, not every sci-fi and fantasy works as an action movie. There have been some really great genre fiction movies that haven’t been action movies. Arrival is an alien invasion movie, but it was more philosophical and less action-focused; it did very well at the box office and received rave reviews from critics. Gattaca is another sci-fi movie that leans away from action and goes with a dystopian, suspenseful focus. The film flopped at the box office (which is a shame, ’cause it’s amazing) but did receive positive critical reviews and now has somewhat of a cult following. Based on the trailer alone, the new Logan movie still seems pretty heavy on the action, but also appears like it is going with more of a road trip movie feel than an action one. It is possible to make a good genre fiction movie without action–just look at the films I just mentioned! The Powers That Be just have to be bold enough and creative enough to give it a try. 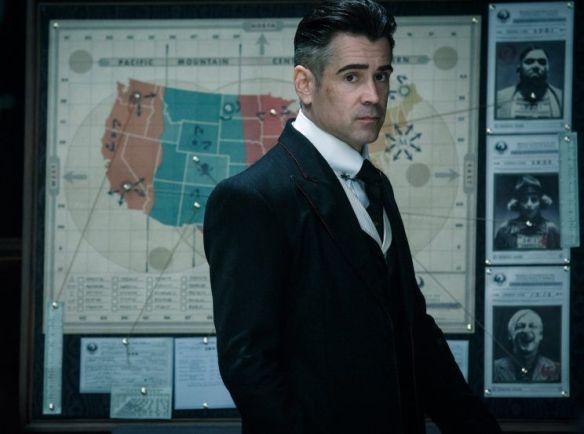 4 thoughts on “Do All Genre Fiction Movies Have to Be Action Movies?”