Magic and sci-fi don’t have a great track record when it comes to pregnancy. I already talked about this in a previous post a while back, but thanks to Shadowhunters, it’s time to talk about it again. Shadowhunters is not a bad show. It’s not good either, not by a long shot. It’s based on a subpar book series, and although the show has taken a lot of creative liberties—most of which are for the better—the acting’s awful, and the story’s pretty campy. That said, it’s still a lot of fun, and as Noodle has pointed out, it’s giving us some great LGBTQ+ representation. It’s even used magic in some unique ways. All in all, it has my approval. At least, that was until I starting catching up on Season 2 and reached the episode “Dust and Shadows” and Shadowhunters went right into one of my more hated tropes—the mystical pregnancy.

I hate this trope so much. It’s steeped in rape culture, has numerous implications for worldbuilding, and is rarely handled all that well. Shadowhunters may do a really good job with some things, but this is not one of them, and it’s one of the few instances where the show is actually worse than the books.

Spoilers and a trigger warning for sexual assault ahead.

“Dust and Shadows” takes place right after the death of the protagonist Clary’s mom. Distraught over the loss, Clary turns to a warlock named Iris Rouse with the ability to resurrect the dead. After Iris brings a crow back to life, Clary is convinced that Iris can also resurrect her mom and makes a blood oath with Iris in return for her services. Things don’t work out, however. The resurrected crow comes back wrong. It bashes its own head through a glass window in order to attack Iris, prompting Iris to break its neck. Seeing how wrong resurrection can go, Clary tries breaking her ties with Iris. Unfortunately, the blood oath has already been made, and Clary owes Iris a favor. Iris, worried about Valentine’s growing influence and the impending destruction of her people, wants Clary to be impregnated by a demon in hopes that she’ll give birth to a warlock, which are half-demon and half-human. Clary, however, is a Shadowhunter, someone with angel blood, and as such should be incapable of having a demon’s baby. In order to get around this, Iris drugs her with something that should make her and a demon compatible with each other anyway. Then Iris kidnaps Clary and leaves her somewhere for a demon to rape. Clary manages to escape on her own and kill the demon before anything happens, but nevertheless, I’m certain you can see the problems with this storyline.

To start with, this doesn’t happen in the books. Jocelyn doesn’t die, so Clary never needs to make a deal with a warlock in order to resurrect her, but the effects this should have on Clary’s character are massive anyway. Valentine experimented on Clary before she was born, and as a result, she has more angel blood than any other Shadowhunter. This gives her the ability to use spells that other Shadowhunters cannot—she vanquishes the demon by shooting sunlight at it through her hand, which should be impossible. This leads me to question what the point of this potential rape even was. Does Iris’s potion affect Clary’s abilities somehow? Lessen them? I’m assuming they don’t, since Clary can call forth sunlight whenever she wants to. And although I haven’t gotten much farther into the season than this, Clary still made a blood oath with Iris that I know won’t possibly be fulfilled by giving birth anytime soon, so I can only assume it’ll be fulfilled some other way. If Clary’s not going to have a baby with a demon and her abilities are not affected at all, was there any point to Iris experimenting on her body with a potion outside of giving us a rape scare? 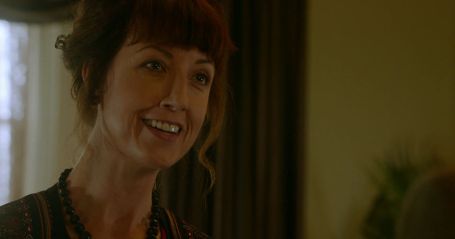 The badness doesn’t stop there, unfortunately. Not only does Clary seem more or less unaffected by what happened—she’s not upset by almost being raped or altered against her will so much as she’s upset that Iris tricked her at all—but now I also have a lot of questions about what this means for the worldbuilding at large. Are all warlocks born from rape? While we’ve seen demons take on human forms before, we’ve never seen them show any interest in humans outside killing them. They don’t form emotional connections to people and instead use them for their own ends.

The warlock Magnus tells us that his own mother committed suicide when she learned her son was part demon. This tells me that even if a demon didn’t hold her down and physically force her, it still lied about who it was, and therefore she couldn’t have given consent. Iris herself runs an entire hospital for women she’s contractually forced into having warlock babies and it’s very obvious that they did not consent either.

These implications are massive and never fully addressed. Magnus occasionally expresses negative emotions about his parents, but what else? And how does this even work? Does the human parent always have to be the mother? I can only assume so, given how Iris’s hospital is run. This is a rather gendered stereotype if so—it’s the animalistic man planting babies in unsuspecting women. There’s only one warlock’s mother we actually got to meet thus far, and even then, her role is minor. The implication we are left with is that the existence of warlocks is steeped in rape culture, and yet, no warlock ever talks about what it’s like being a child of rape—did their mothers resent them, want abortions they couldn’t have, or blame them for what happened? Even Magnus’s mother killed herself for having a demon’s son, and not due to sexual trauma. When the narrative gives us a whole species that is mostly, if not all, born from rape, it can’t also neglect to give them emotions around their own births. But it does, and even worse, by not showing us the mothers and allowing them to express their own thoughts, the show turns them into objects that exist solely so the story can have warlocks. 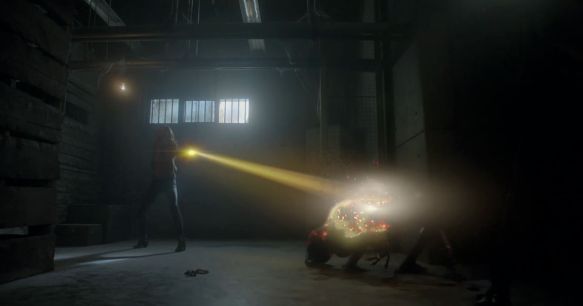 The books Shadowhunters is based on, The Mortal Instruments, didn’t do a particularly good job with this either. We know that warlocks are half-human and half-demon, but how that works is never seen. The rape aspect behind it is certainly there, but the story itself never draws attention to it by trying to subject the main character to a sexual assault. I can’t say that ignoring the issue entirely is better, but the show called attention to it for the sake of shock value, and that’s why we’re now left with all these questions.

Given how society can be, I’m not surprised that the existence of supernatural things would be used as another way to victimize women. But like other forms of rape culture, they need to stop being downplayed or used for shock value. Once again, misogyny cannot be a background decoration. It has to serve a purpose, and the characters themselves have to respond in kind for it to be anything other than an excuse to hurt women. I still love Shadowhunters, but this was a plotline I could have lived without.