Jordan Peele, long known as a comedian, is apparently now cornering the market in the genre of anti-racist horror. Having broken all kinds of records with Get Out, news broke last month that he will be adapting Matt Ruff’s Lovecraft Country for HBO, backed by J.J. Abrams. 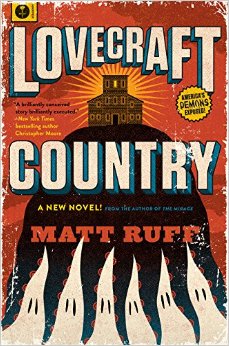 When I heard the news, I grabbed a copy of the book to get a sense of what we’ll be in for. Lovecraft Country is an excellent novel which makes a few daring choices in transmuting 1950s America into the sort of non-Euclidean horrorscape that made Lovecraft himself a household name. Better still, it does not shy away from confronting the shocking racial hatred that always underpinned Lovecraft’s work: the man who invented the Cthulhu Mythos also penned “On the Creation of N******”.

We’ll be in good hands with Jordan Peele bringing this to the screen: Peele has proven himself more than capable at fulfilling the promise of his genre.

Trigger warning for frank discussion of racism below.

Lovecraft’s racism is not a coincidence. It is not a character flaw which mars the image of the artist himself, but rather, a fundamental aspect of his work. Writing in the early 20th century, and particularly in the aftermath of World War I, he was part of the same social moment that produced eugenics, Social Darwinism, and of course, National Socialism. His works instill fear in the (white) reader by depicting (white) civilization as a fragile shroud over a darker world.

In The Call of Cthulhu, the monster is only a new discovery to the Western academic establishment: It has long been worshipped by “the blackest of the African voodoo circles” and a “singular tribe or cult of degenerate Esquimaux [sic] whose religion, a curious form of devil-worship, chilled him with its deliberate bloodthirstiness and repulsiveness”. In The Horror at Red Hook, Cthulhu-worshippers are “of Mongoloid stock, originating somewhere in or near Kurdistan… Kurdistan is the land of the Yezidis, last survivors of the Persian devil-worshippers”. ISIS, by the way, also slanders the Yazidi minority in Iraq as being devil-worshippers, while promoting genocide. The Necronomicon—Lovecraft’s invention—is purportedly the work of the “Mad Arab” Abdul Alhazred.

The impact is intentional and obvious: Cthulhu and the other monsters of Lovecraft’s work are not just an incomprehensible alien threat, but the manifestation of the incomprehensible alien threat of the world outside of Europe. The stories are chilling, and Cthulhu has become an irrepressible part of the horror canon. But there is an unresolved tension there, given the circumstances and meaning of Its creation.

Lovecraft Country grabs the bull by the horns. It does not assume the reality of Lovecraft’s stories, but instead gives its protagonist, Atticus Turner, a fascination with Lovecraft, much to the chagrin of his father, who recognizes the deep racism of the author. The title comes from a visit to rural New England, which Atticus refers to as “Lovecraft Country,” given the setting of most of his stories. Given the 1950s setting, Lovecraft’s worldview is not particularly alien to the white people the characters interact with. Ruff does not limit racism to the South—New England and the Midwest are the primary settings here.

But the plot of the book still manages to directly invert Lovecraft. Atticus’s family publishes The Safe Negro Travel Guide, a guidebook for navigating a country still ruled by Jim Crow. Whiteness, therefore, signals the presence of monstrosity, as the characters face bigoted policemen and sadistic sheriffs. Moreover, satanic rituals are the province of the elite white men, in their grand manors and secret lodges, rather than pushed onto black or indigenous cultures. The Black protagonists are given the roles of scientists and explorers: defenders of civilization.

Ultimately, the book blends together conventional American racism with Lovecraftian horrors, using horror elements to simply make manifest the more subtle elements of segregation and bigotry. In so doing, it works as a pastiche and a parody of Lovecraft himself, purging his personal demons without sacrificing the monsters he created.

And that’s before they turn the keys over to Peele, Abrams, and HBO. Parody is not necessarily comic, but Lovecraft Country consistently winks at the audience, evoking humor from its ironic repurposing of racist tropes. Peele’s comedic skill fits well in tone, as Peele’s previous sketch comedy show, Key & Peele, consistently blended comedy with pointed racial commentary about the United States. Get Out did likewise, never losing track of its humorous beats in a deeply unsettling story. Better still, Get Out was keenly aware of the tropes and conventions of horror movies, meaning that it succeeded both as a social satire and within the genre itself. Lovecraft Country is fertile grounds for such self-conscious stories, especially since its characters pronounce their love of sci-fi, fantasy, and horror, and succeed because of their genre awareness. Adding Abrams and HBO to the equation likely ensures the kind of budget to make this work, and the kind of creative freedom which can elude network productions.