I’ve recently been binge-watching Fringe for the first time. It’s a series about the “Fringe” division of the FBI, where Agent Olivia Dunham and her team investigate strange and paranormal events, visit parallel universes, and save the day by being smart and badass. I honestly can’t believe it’s taken me this long to get into a show that’s three parts X-Files and one part NCIS. I found myself most intrigued by a strange one-off episode during Season 2 that was actually filmed in Season 1, but aired out of order on a different night for boring, time constraints reasons. Fans aren’t even certain exactly where it fits in the show’s timeline. It’s called “Unearthed,” and was panned by a lot of critics.

But this rather bad episode succeeds at one thing: giving its audience portrayal of a real religion that isn’t wildly offensive or inaccurate. It does a great job giving us a small window into what Catholicism looks like today. Catholicism pops up all the time in science fiction, maybe because its trappings are easily identifiable for audiences. I’m happy to see a show get a lot of the details right, even though it’s tucked away in an episode no one really cares about. The most shocking thing to me is that the narrative doesn’t make these characters into perfectly good Catholics, either. They’re much more real than what I’m used to seeing.

Spoilers for “Unearthed” below!

END_OF_DOCUMENT_TOKEN_TO_BE_REPLACED

Most of the time, geeky media does a pretty poor job of utilizing religious ideas. So I was shocked when I watched the fourth season premiere of The Flash and found that amid the somewhat clunky storytelling, there was actually a pretty decent portrayal of faith. This episode can show us a bit about how Christians understand how faith works, even though religion-flavored faith had almost no role to play in the episode.

Spoilers for The Flash below!

END_OF_DOCUMENT_TOKEN_TO_BE_REPLACED

A few weeks ago we reviewed Orphan Black for the last time. Religion played an important role in Orphan Black‘s worldbuilding, but the writers never truly moved beyond offensive religious stereotypes. In a show about bioethics, identity, and power, religion should have played a major role in creating diverse characters and showcasing different perspectives. After all, the show’s ultimate thesis was about women having the freedom to pursue their own definition of happiness and fulfillment through self-determination. Different versions of Christian religion and philosophy make an appearance in the show, but they’re never a good thing. In fact, religion ends up being a minor antagonist throughout the show.

END_OF_DOCUMENT_TOKEN_TO_BE_REPLACED 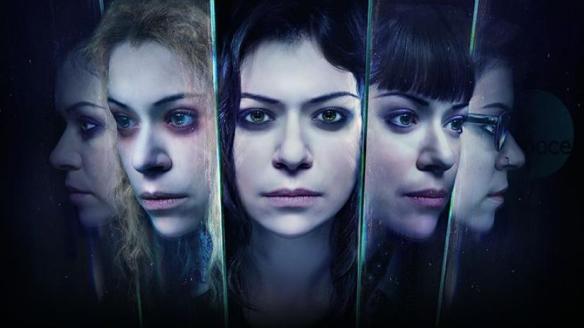 If two weeks ago was an Alison-centric episode, and last week was mostly-Sarah-plus-everyone-else, Cophine fans can rejoice this week. “Ease for Idle Millionaires” showcases Cosima working out just what’s going on behind the scenes at Camp Revival, and the answers are horrifying. The last few seasons of Orphan Black have been too complex for its own good; it’s hard for the un-obsessive viewer to keep track of all the plot threads. Luckily, this episode stays fairly straightforward in its reveal of P.T. Westmoreland’s nefarious plans, allowing more time to consider what they mean for Clone Club.

END_OF_DOCUMENT_TOKEN_TO_BE_REPLACED

Welcome back, Clone Club. This week’s episode is centered almost entirely on Alison. During the last few seasons, Alison’s plotlines have functioned more like comic relief than anything else. She’s a sparkly, suburban foil to her darker, more serious sestras, and it’s easy for all of us (including the viewers) to not take her seriously. This episode changes that. Because it’s the final season, we’re actually getting an Alison-centric episode that explores the depths of her heart.

Spoilers, of course, for “Beneath Her Heart” below.

END_OF_DOCUMENT_TOKEN_TO_BE_REPLACED 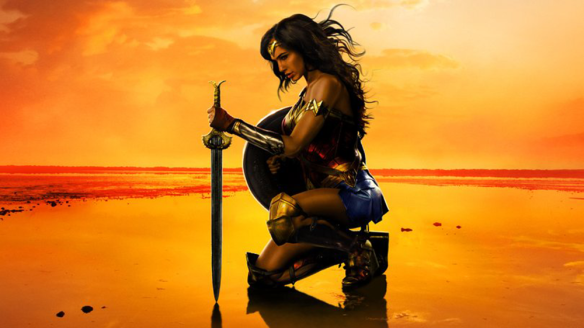 If you haven’t yet seen the new Wonder Woman movie… seriously, why haven’t you? It’s fabulous. After we gushed about its awesomeness while coming out of the theater, I mentioned to my group that Diana Prince seems like an awesome unconventional Christ figure. They were a little confused, because (spoiler alert) Wonder Woman isn’t crucified, and she’s certainly not a man. I couldn’t really explain it well then, but I can now.

Wonder Woman might be the most famous female superhero. While her story makes references to Greek myths, it doesn’t seem like her creators were Greek, and her writers didn’t really bother for accuracy when it comes to those myths. On the other hand, Christianity is so influential to Western culture and its history that Christ figures show up all over the place in our stories. We’ve already talked about how Disney’s Hercules draws from Greek myths but still turns Hercules into a Christ figure. Nearly all fictional Christ figures are male. So while making Wonder Woman into a Christ figure doesn’t do much for Greek mythology, it breaks new ground in the way we can understand what a Christ figure can be.

Significant spoilers for Wonder Woman below.

END_OF_DOCUMENT_TOKEN_TO_BE_REPLACED

The Handmaid’s Tale is a modern classic story of one woman’s slavery in a dystopian post-America society. Recently adapted into a show on Hulu, its sixth episode (“A Woman’s Place”) is the first to seriously deviate from the plot of the original novel. Earlier I wondered how Hulu was going to further explore and expand the world of Gilead, and how that would impact the show’s feminist messages. With “A Woman’s Place”, Hulu has started to deliver. We see different women in different positions of power and oppression. Serena Joy takes center stage, but we also spend time with June/Offred (our titular Handmaid) as well as two other women. Each woman tells us something different about the way we respond to slavery.

Spoilers for Episode 6 of The Handmaid’s Tale and warnings for slavery and sex trafficking below.

END_OF_DOCUMENT_TOKEN_TO_BE_REPLACED 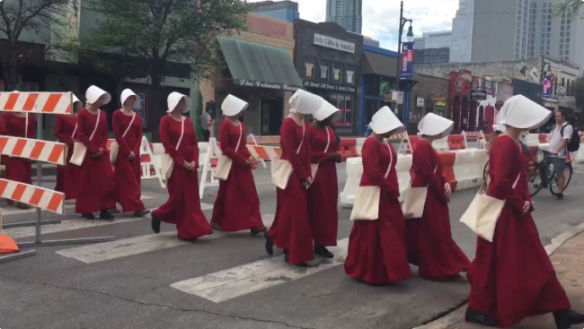 Hulu’s recent adaptation of Margaret Atwood’s The Handmaid’s Tale couldn’t have hit our screens at a better time. Just as American politicians are “debating” all kinds of controversial healthcare policies (especially women’s reproductive health), we’re treated to a retelling of Atwood’s feminist dystopian classic. Atwood paints a world in which America is overtaken by a radical right-wing fundamentalist Christian sect, forcing women into subservient roles determined by their fertility. It’s the autobiographical story of June, aka Offred, one woman trying to survive life under the new regime. One of the best things about the Hulu adaptation is its determination to bring complexity to a variety of themes in the story. It’d be easy to write off The Handmaid’s Tale as a religious horror story, but it’s so much more than that.

Spoilers for the first three episodes of Hulu’s The Handmaid’s Tale and Atwood’s novel, plus trigger warnings for mentions of sexual slavery and forced pregnancy below.

END_OF_DOCUMENT_TOKEN_TO_BE_REPLACED

Like most of you, I grew up devouring Harry Potter, but I’m not sure how many of you had problems understanding just how the big prophecy worked. I know I did. Basically, Voldemort’s stooge overhears a seer prophesy that a true adversary to Voldemort will rise, and that “neither can live while the other survives”. Much ink is spilled, both in fandom and in the canon, over just what this prophecy means. Does it mean that Harry is fated to kill Voldemort (or Voldemort, Harry) or does Harry’s free will operate outside the confines of this prophecy? If the prophecy is true, it means Harry really is the Chosen One, chosen by fate to confront Voldemort. But that could mean that Harry doesn’t really have a choice in the matter. In the final book, Harry doesn’t seem like he does have a choice; the universe seems like it’s manipulated him to the point where he feels utterly compelled to fulfill the prophecy. The conflict is between fate, or providence, and free will. If we look at real-world ideas about providence and free will, we can get a better idea of how these might work.

END_OF_DOCUMENT_TOKEN_TO_BE_REPLACED

Hollywood loves few things more than it loves itself. I grew up watching old musicals with my mom, and many of them were super meta: musicals about actors putting on a show. Judy Garland and Mickey Rooney headlined a whole host of these films, enshrining the “Show within a Show” trope. My dad put it well, when I auditioned for a play in middle school: “Just don’t think you can solve the world’s problems by putting on a show.”

La La Land may not be trying to solve the world’s problems, but it’s certainly trying to save a few people. It won a stupid number of Oscars and was mistakenly announced as this year’s Best Picture (Moonlight actually received this year’s honor). But for all its adulation, La La Land is currently on the receiving end of accusations of racism. And those accusations are well-founded: as Refinery29 points out, one of the two main plots is about a white manic pixie dream boy saving real jazz from the silly Black sellouts. Ouch.

Is La La Land actually racist? The truth is a bit more complicated.

Spoilers abound below the cut.