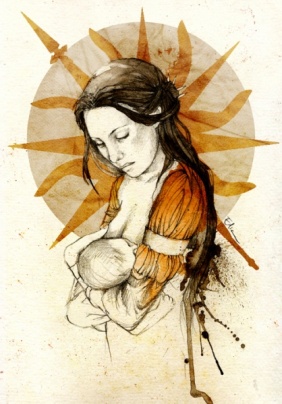 (via A Wiki of Ice and Fire)

Spoilers for Season 7 of Game of Thrones throughout.

Before the seventh season came out, I knew that it would probably be worse than the seasons before it. I just didn’t know how it would be worse. But disappointed I was not. The horribleness this time around more than exceeded my expectations. There are so many things to talk about, but here on Lady Geek Girl & Friends we try to keep our posts below a certain word limit, so we don’t bog you readers down with a post the size of a novella. And Game of Thrones’s seventh season is so asinine that a novella is exactly what I’d be in danger of writing if I tried tackling all my thoughts. Thankfully for me, Mikely will be by later this month with his own Game of Thrones Season 7 review. In the meantime, however, I’ve got a bone to pick with Prince Rhaegar Targaryen, his annulment to Elia Martell, and all the worldwide implications that entails.

Trigger warning for abuse, violence, and sexual assault up ahead.

END_OF_DOCUMENT_TOKEN_TO_BE_REPLACED

Well, everyone, this is our last post before our summer vacation! We’ll be off for the next two weeks or so, but in the meantime, Game of Thrones is back on the air, and I don’t think many of you will be surprised to learn that I still hate it and question everything that’s happening. As such, I figured it was time to take another look at a minor character who has always stuck with me: Shae. Shae’s book and show counterparts couldn’t be farther apart. But if I’m being honest with myself, it’s another change from the books that I somehow actually enjoyed in the show. Part of that is because I doubt the show could handle Shae’s book storyline well because it’s consistently proven itself incapable of treating its female characters with any kind of respect.

Trigger warning for victim blaming, rape, sexual abuse, and murder up ahead.

END_OF_DOCUMENT_TOKEN_TO_BE_REPLACED

A frame from the famous (in cryptozoological circles) Patterson-Gimlin footage of what’s supposedly a Bigfoot walking through the woods. (via Wikipedia)

This may or may not be a known fact to our readers, but in case you missed it, I love cryptozoology. I think it’s a fun and harmless interest, and while you won’t catch me out in the woods doing Bigfoot calls, I won’t pass up the opportunity to watch a “documentary” about someone else doing just that. But despite the efforts to make cryptozoology seem like a serious branch of science to tie Sasquatches to a missing evolutionary link and lake monsters to dinosaurs who never went extinct, I think a lot of people, myself included, are interested in cryptids because they offer an element of somewhat fantastical chaos into a world in which it sometimes feels that there’s not a ton left to discover otherwise—especially if you’re a layperson without a handful of science degrees. Anyone can go sit on the edge of Loch Ness and hope to spot a monster. And hey, isn’t it hubris to assume we’ve discovered every known species when we’re constantly discovering new and bizarre creatures in remote areas?

That said, the general belief is that people who take chupacabras, skunk apes, Jersey Devils, and the Mothman too seriously are stubborn, stupid, and naïve. But though cryptids themselves are often fantastical creatures, the attitude we have toward them in the real world seems to be exclusive to the real world. While some fantasy stories do feature cryptid-esque animals, they’re never treated with quite the same sense of dismissive derision—by either the narrative or the people involved—that real-world cryptids and cryptid enthusiasts get. In fact, the farther you get from realism, the more likely it is they’ll be celebrated rather than mocked.

END_OF_DOCUMENT_TOKEN_TO_BE_REPLACED

There are very few things I like better in the television adaptation Game of Thrones than in the original source material. And when such a rare improvement does occur, the show has proven time and time again that it is more than capable of messing it up. One such thing is Margaery Tyrell. Although she has a large role in the show, her A Song of Ice and Fire counterpart features significantly less often. We never see the story from Margaery’s perspective, only from the perspective of others, and it’s from them that we are left to interpret her character. 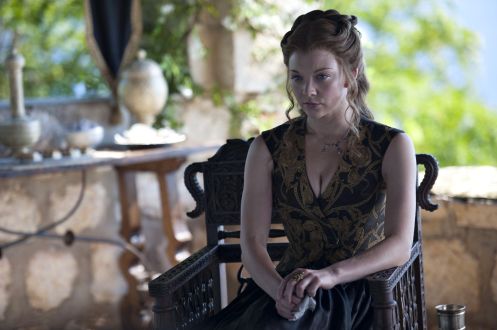 Game of Thrones made her much more active in the story. This allowed the show to imprint on her a fascinating and cunning personality. I know I’m not the only one who was blown away by Margaery when Game of Thrones first introduced her—she’s a proponent for gay rights, sexually active, sure of herself, and smart enough to play the eponymous game of thrones. Of course we loved her. Unfortunately, this is still Game of Thrones. Margaery seemed amazing on the surface, but when you dig deeper, it’s clear she’s just another victim of Game of Thrones’s terrible misogynistic writing. Making her more active in the story is all well and good, but it came at the expense of Cersei’s characterization, because once again, the show completely failed to realize the original purpose of Margaery’s character.

END_OF_DOCUMENT_TOKEN_TO_BE_REPLACED

Game of Thrones’s seventh season is nearly upon us, and given how poorly we found the previous seasons, I suspect I’ll continue to hate the show. After all, I’ve spent the past three years telling myself that it can’t get any worse, only to be surprised in new and unfortunate ways. Nevertheless, as the next book is also coming out soon (“soon”, probably meaning sometime this decade), I decided to reread the series. 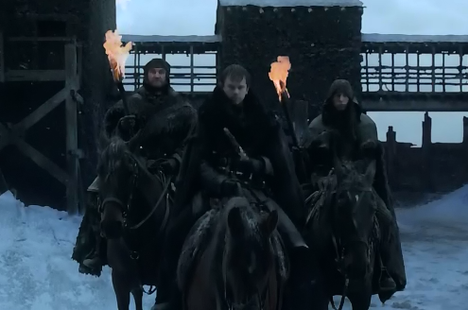 I love the books for their amazing worldbuilding, interesting characters, and the messages they bring us. Beyond that, they’re just good in a way the show is not. Everything I love about A Song of Ice and Fire—the intrigue, the nuances in characterization, things making sense—have been removed from the show, and we don’t need to look much farther than the prologue and first episode to see how. In both, we are introduced to Waymar Royce, a man of the Night’s Watch, and his two companions. Sharing an ill-fated trip north of the Wall, both books and show use these characters to set up the world and give us our first taste of Westerosi society.

END_OF_DOCUMENT_TOKEN_TO_BE_REPLACED

All too often when engaging with fantasy worlds, female characters are hard to come by. Sadly, when they are introduced, they’re often nowhere near as well written as their male counterparts. Female characters tend to have less agency than other characters, and their motivation and development as a result can be rather unrealistic. There are most definitely numerous reasons for this. One of them, though, is the use of misogyny as a background decoration. What I mean by this is that writers are often too busy including pointless misogyny to spend any actual time developing their female characters, because misogyny simply offers them an excuse to include gratuitous sexism without considering what message their story is going to send.

Trigger warning for rape and sexual violence ahead.

END_OF_DOCUMENT_TOKEN_TO_BE_REPLACED

Sometime as I was reading the Song of Ice and Fire books a few years ago, just when Game of Thrones was getting popular and more and more fans were starting to fight over who they thought would be the best person to end up on the Iron Throne, I started wondering, “Wait a minute. We live in a supposedly democratic, meritocratic society these days that (at least nominally) no longer believes in hereditary rule. Why are we so invested in seeing an autocratic, hereditary tyrant installed on a throne, to lord it over our favorite fictional continent? Shouldn’t we be rooting for the Seven Kingdoms to become a democracy instead?” (I’m on Team Dany, by the way!)

And have you ever thought about how weird it is that, in Sailor Moon, we’re supposed to be happy that Usagi and Mamoru end up as Neo-Queen Serenity and King Endymion, absolute rulers of the entire freaking Earth for over a thousand years? The narrative presents this as a positive thing because they’re such just and peaceful rulers, and those who question Neo-Queen Serenity’s rule are presented as the villains. 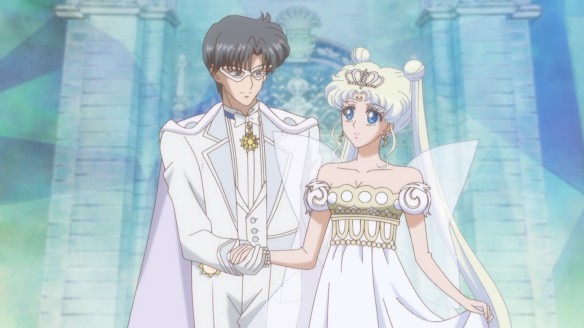 This should be absolutely terrifying. Just sayin’.

As I began thinking about this further, I realized that a lot of our modern media is still in the habit of over-valuing noble blood. It makes sense that old fairy tales feature lots of royalty, secret royalty, and marrying into royalty, because back then, that was the best possible situation people could imagine for themselves. But why does this obsession still exist today when kings and queens with real power (for the most part) are not prominent anymore? You also may be wondering, what’s the harm of featuring noble-born characters? I would argue that they reinforce the false idea of privileged birth translating to inherent “special-ness,” as well as ignore the stories of those born into less privilege.

Let’s examine this in several examples below the jump!