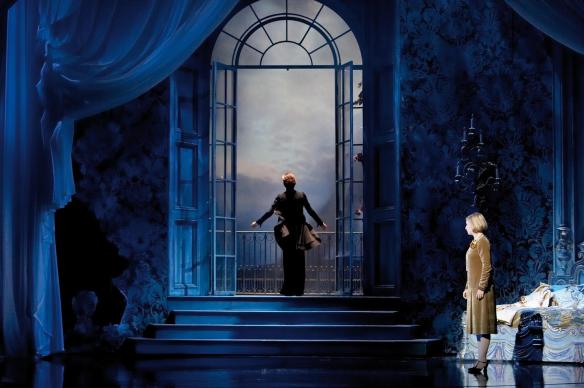 When one thinks of musical theatre, it’s easy to have a myopic focus on Broadway. After all, it is held as the pinnacle of the art form, and in American culture, the name is used interchangeably with “musical” (ie: people will refer to themselves as “Broadway fans” just as quickly as “musical fans”; someone might say he saw a “Broadway” show in Cleveland; etc.). Many fans will also know of London’s West End as well, as it’s a similarly prolific producer of musicals and there is such a frequent exchange of shows between the two.

What many fans may not realize, however, is that there is a whole wide world of musical theatre ready to be explored.

END_OF_DOCUMENT_TOKEN_TO_BE_REPLACED

Last time I talked theatre, I discussed how problematic the love triangles in musicals can be. I also touched on how two-girls-and-a-guy triangles can negatively affect women’s relationships.

Well, that’s a major downer, so I figured this week I’d look at some fabulous lady-duos and focus on the awesomeness of women supporting other women.

These first two are frighteningly similar in situation—Glinda and Elphaba from Wicked and Amneris and Aida from Aida. Glinda and Amneris help temper their fiery friends’ wills and teach them to enjoy themselves, whereas Elphaba and Aida help the more flighty ladies gain some perspective and learn what’s really important in life. Neither overwhelm or undermine the other—they both help each other to grow.

Wicked also brings us the most tearjerking-but-great anthem to friendship ever, “For Good”, so I’d be remiss not to post it here.

My third pair’s friendship isn’t quite as high-profile as the others, but I still think it’s worth mentioning. Phantom of the Opera‘s Christine Daae is close friends with Meg Giry, the ballet mistress’s daughter. Over the course of the musical, we don’t see Christine doing much for Meg, as she is beset by suitors and dealing with sudden fame. However, Meg is a constant presence, and is full of both pride and practical concern for her friend. Christine probably would have avoided a lot of crap if she’d spent more time listening to Meg.

There’s also Maria and Anita from West Side Story. Their relationship is a bit more complicated, but, like Meg, Anita just wants what’s best for Maria. Their friendship is sorely tested when boy drama—which here means that Maria’s boyfriend was sort of responsible for Anita’s boyfriend’s death, and that when Anita tries to help Maria and her boyfriend out anyways she gets the crap beaten out of her (and, in some productions, raped) for her efforts—intervenes. They are a good example of the fact that nobody’s perfect, and of the toll that outside stressors can have on an otherwise healthy friendship.

Finally, let’s consider Nettie and Celie from The Color Purple. (Yeah, they’re sisters too, but it still counts.) Nettie and Celie have a truly hard life, escaping a sexually and physically abusive father only to be separated for years when Celie is married off to another abuser. Despite this long, forced time apart, Nettie constantly thinks of Celie and even helps raise the children Celie had as a result of her father’s abuse. Celie gains strength and hope from the belief that her sister has it better than she does. It isn’t till the end of the story that they’re reunited in person, but despite the physical distance between them throughout the rest of the play, their bond never really weakens.

I sadly had some trouble compiling this list, which I think means there needs to be far more musicals with chummy lady leads. Of course, I haven’t seen every musical, so maybe I’m forgetting some—let me know what I’m missing in the comments.