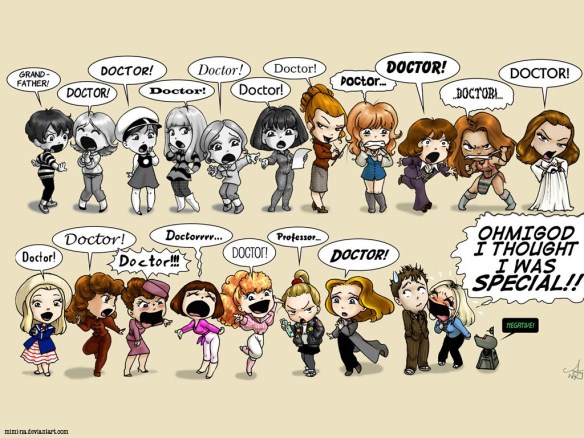 Sexism is something all of us here at LGG&F are familiar with. Positive gender dynamics, or the relationships between people of different genders, is an important component of feminist storytelling. We all know that the messages we consume in our favorite media will normalize positive behaviors and ideas, or negative ones. That’s why it’s so important that everyone gets fair representation, and everyone gets treated like a human being, not an object. Unfortunately, that’s not usually the case, even in geekdom. More often than not, men are treated like people and women are treated like objects: by the plot, by other characters, and in real life. Recently I stumbled upon a particular trope that is especially good at articulating this double standard: “Men get old. Women get replaced.” Not only do some of the most popular geeky stories take this trope for granted, but incorporate it into the basic plot structure.

Spoilers for the Captain America movies, Doctor Who, and The Legend of Korra after the jump.

END_OF_DOCUMENT_TOKEN_TO_BE_REPLACED

By the time this posts, I’ll have spent two full days at a workshop learning how to more effectively navigate people through the rather detailed stages of Christian Initiation in the Catholic Church. There are so many moving parts: say these things here, do these actions here, meet the bishop here, pour water and oil there… it’s enough to make a theologian’s head spin. Today’s Catholic Initiation can be pretty simple or pretty complicated. But it got me thinking about how much simpler initiation experiences seem in some of my favorite geeky stories. Often we’re treated to a single coming of age ceremony or experience that makes a character an adult or a full member of their community. But these ceremonies still serve an important role in our characters’ lives, and we can see parallels between them and the kinds of things religious people do to mark the stages of initiation into their community.

Of course, initiation ceremonies aren’t just limited to Christianity or even to religion. From Masonry to fraternities and sororities to clubs to professional organizations, rituals and oaths are how we mark that someone is “one of us”. Christianity is the religion with which I’m most familiar, so I’ll use it as a lens to view some examples of coming of age and initiatory experiences in geek culture. I’d certainly be interested to see a similar treatment from a different (particularly non-Western) religion’s perspective. So let’s dive in.

Some spoilers for Dune, Avatar: The Last Airbender, The Giver, and Doctor Who below.

END_OF_DOCUMENT_TOKEN_TO_BE_REPLACED

In just a few short weeks, Avatar: The Legend of Korra will air its final episodes online, and the animated Avatar franchise will come to an end. The fourth season of the show was pulled from television a couple of months ago, but still airs every Friday online. Was it the nasty Friday night time slot, a lack of advertising, or just plain uninterested viewers that caused its failing ratings? I don’t know. But fans of Avatar need not fear, because Dark Horse and Nickelodeon have been steadily churning out some excellent graphic novels following the original Gaang from Avatar: The Last Airbender. The first comic trilogy, The Promise, shows the Gaang struggling to figure out what to do with Fire Nation Colonies in the Earth Kingdom in the new post-war world. The second, The Search, finally answers the question of what really happened to Zuko’s mom. The final installment of The Rift trilogy came out this past November, and deals with whether or not humans and spirits can really coexist, and Smoke and Shadow is due for release beginning in late 2015.

The Rift raises some interesting questions about how religion can and should adapt and evolve to new times and places, questions that are especially relevant to religious people’s lives today. What’s the value in maintaining ancient religious traditions and practices? How can religious traditions be meaningful in a modern world? Can any changes ever be good?

Spoilers for The Rift under the cut.

END_OF_DOCUMENT_TOKEN_TO_BE_REPLACED

“You work too hard, my nephew,” Iroh rumbles behind him, and Zuko can smell the lingering rich scent of the roasted duck he’d had for dinner, and he can hear the polished clack of pai sho tiles rolling between Iroh’s fingers. “Come with us,” he says. “It is so rare that we stay at port overnight; you should not miss this opportunity.”

“I’m fine, Uncle,” Zuko says, and snaps into the next form of the firebending set he’s been practicing for the past week. “And I don’t have time for breaks. The Avatar has had decades to train.”

Iroh sighs, as he always does when they argue like this. “Zuko, an evening spent on shore will not hurt you. Who knows? The rest could do you good! Leave you refreshed and stronger!”

“Or out of practice. I’m staying here,” Zuko snaps, and then curses, because he’s lost his concentration. His foot has slipped and slid over the treacherous deck too far out, like a soldier breaking rank—isolated, unbalanced, and vulnerable. Zuko snarls and stalks five paces back to his starting point. He tries again from the beginning.

There is no sound from Iroh, and when Zuko next looks, he is gone.

In the interests of continuing to celebrate Asexy April, this week I’ve found an Avatar: The Last Airbender fic that was written for Asexuality Awareness Week back in 2011 for all of you.

Their relationship in one image.

The Prince Zuko we meet at the beginning of the show is a tense, overstressed teenager with more daddy issues than Tony Stark and fewer healthy outlets—which is saying something—and that’s the Zuko author Etienne_Bessette has captured for us. The story begins with Uncle Iroh interrupting one of Zuko’s intense training sessions. Zuko takes it the wrong way when Iroh suggests his temper might be improved by some “pleasant company”. END_OF_DOCUMENT_TOKEN_TO_BE_REPLACED

It’s that time of year again, nerd friends. That awful time of year known as Valentine’s Day. Once a year, before Valentine’s Day, our authors nominate and then vote on ships for our Top 20 Romantic Couples in Geekdom (10 Canon/10 Fanon) list. It is during this time that the LGG&F writers go from peaceful coexistence straight into full-blown anarchy as each writer battles for their favorite ships to make the list.

So now, blood-stained and bruised, it is my job as Supreme Overlord of LGG&F to bring you this year’s Top 20 Romantic Couples in Geekdom.