As we gird ourselves for the return of Game of Thrones, recover from the joyless collisions of Batman and Superman, and persevere through the deaths of pretty much every lesbian on television, it’s time to pause and ask ourselves—why is pop culture so dark right now? And more importantly, is there any value in this unending dash toward being the Darkest and the Edgiest of all? 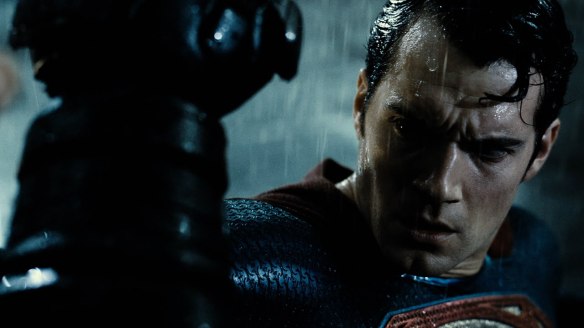 The easy answer is, of course, to lay the blame at George R. R. Martin and the copious bloodletting which reverberates throughout A Song of Ice and Fire. HBO generated a hit with his story when they put it on TV, and everyone else is trying to imitate him. If they got ratings with Ned Stark’s head on a pike, then goddamn it, the rest of us are going to keep putting heads on pikes until we get an Entertainment Weekly cover of our own.

Violence, death, and despair add a level of gravitas, which is clearly being craved in the newly-prestigious realms of television and superhero movies. But it’s increasingly little more than meaningless trend-following, with story and character sacrificed to appeal to some marketing executive’s belief of what audiences want. It’s destructive and it needs to end.

END_OF_DOCUMENT_TOKEN_TO_BE_REPLACED

I finally saw the Batman v Superman movie yesterday, and well… I’ve seen better. A lot better. I honestly had no idea what to expect going in, because not only did I adamantly avoid spoilers, reviews online have been mixed. The movie has received both scathing reviews from critics as well as unending praise. As such, I tried to keep an open mind. I didn’t like Man of Steel all that much and have consistently hated just about every DC live-action movie in the past five years. I thought Man of Steel was too dark and muted, and it lost itself in the storytelling process. It had little to no characterization to speak of, and the climax ended up being an hour-long fistfight of two assholes punching each other through buildings while thousands of innocent bystanders died.

Even then, I wanted to like Batman v Superman as the next big superhero movie, because it’s paving the way for the Justice League’s entrance to the big screen. I didn’t. Almost none of the problems from Man of Steel were fixed, the characters are all still unlikable and unrelatable, the plot made no damn sense, the message was still over the top, and I came out of that theater feeling as though I had just wasted five dollars and a good fifteen hours of my life. Thankfully, I only wasted five dollars and two and a half hours of my life. But even that was still too much.