A while ago, I wrote a review of Thor and Loki: Blood Brothers, which I thought was amazing. It had originally been called just Loki, which I think suited the story much better. However, the title was changed around the release of both the live-action movie and another four-issue arc called Thor: The Trials of Loki. In part, I think Blood Brothers had been renamed because of this comic, which could also be mistaken as being called just Loki, since “Loki” is written across its cover in big, bold green letters. However, I think a more apt title for it would be Thor: Creative Bankrupcy. 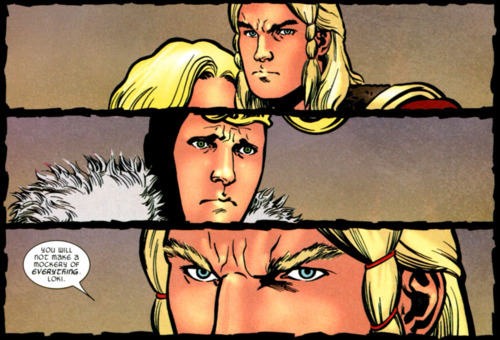 END_OF_DOCUMENT_TOKEN_TO_BE_REPLACED

This week’s episode is another that’s pretty light on the Sam and Dean interactions and development, but we do learn more about Benny and Amelia.

So what’s the verdict? Are Benny and Amelia good characters, or are they boring characters doomed to be killed or written off the show?