As usual, our yearly Valentine’s pairing extravaganza will be showing up later today. To balance out that romance-filled spectacle, we’ve compiled a list of some of our favorite feminist movies that don’t have strong romantic messages for the not-so-romantically-inclined to curl up with on this fine Tuesday night. 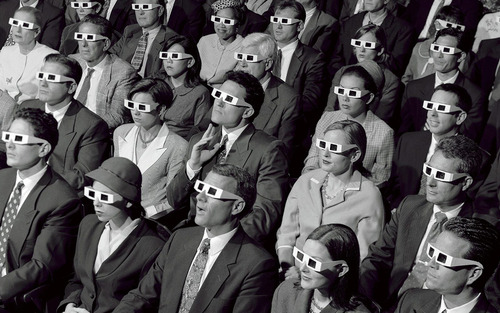 This is how people watch movies, right? (via videostereo)

Hit the jump to find out what we picked, in no particular order!

END_OF_DOCUMENT_TOKEN_TO_BE_REPLACED

We here at Lady Geek Girl and Friends love to celebrate love on Valentine’s Day – and that means all kinds of love. While our post earlier today showcased our favorite canon and fanon romantic ships for the year, in this post we’re going to look at some of our favorite relationships between family members, as voted on by the whole LGG&F crew.

Hit the jump to find out who made the cut!

END_OF_DOCUMENT_TOKEN_TO_BE_REPLACED

There are a lot of character archetypes that have been passed down to us almost since the beginning of storytelling. The Hero, the Hooker with a Heart of Gold, the Lovable Rogue, and many more are all archetypes we see often. One of the archetypes we see the most is that of the Wise Old Man. In other words, the magical guy of some sort that helps lead our Hero on their path to do the right thing. Though I understand the point of this archetype, it’s often one that annoys me.

END_OF_DOCUMENT_TOKEN_TO_BE_REPLACED

So I don’t know how many of you may have noticed, but most fictional women seem to be motivated by one thing: makeup.

Obviously I may very well launch into a post on why that’s not true. But instead, let’s also talk about why it’s a damaging idea. So let me start this off with a quick backstory on myself. I’m a nerd. I’m an asexual nerd who never felt the need to seek out a man. I only got a partner eventually because Lady Geek Girl all but super-glued my current boyfriend and I together. But as you can all imagine, it was quite a rough ride for a while. And though the two of us have been dating for almost six years now, I had never been keen on seeking a partner out beforehand.

I just wasn’t interested in it, but I felt as though I would never be happy without a guy, because according to every movie I’ve watched ever, a guy is what I needed. Lord knows, as a woman, I can’t take care of myself, so I need a man to make me happy and to provide for me.

Furthermore, believing that not wanting a partner made me the odd one out and having a skewed frame of reference from the media, I simply didn’t understand other girls growing up. Sure, I had my geeky friends and they all had the occasional crush, but I honestly believed that every other female our age talked about nothing but boys and makeup, which also made me feel as though being a non-nerd girl was very dull.

END_OF_DOCUMENT_TOKEN_TO_BE_REPLACED

I have noticed something when watching television or movies and reading books or comics: we humans seem never to know if we would rather believe in free will or fate. If I had to pick I would say that we are more inclined to approve of free will, but fate still seems to be a hard and fast concept that we cling to, and it shows up in much of our pop culture.

It seems to mean that any time the concept of fate is really introduced into a story the author tends to quickly subvert fate with free will. Take, for example, Harry Potter. In book five when Harry learns that a prophecy predicted he would be the only one that could defeat Voldemort he was upset, until Dumbledore pointed out that after everything Voldemort put him through Harry would want to kill him anyway, regardless of what any prophecy says. Furthermore, Dumbledore stresses that Voldemort had had to choose between Harry and Neville (as the boy to potentially kill him) and if Voldemort had ignored the prophecy, then Voldemort’s choice would have ensured that the prophecy would never have come to pass. And finally, in book seven, Harry has to freely choose to sacrifice himself or else Harry might not have survived his encounter with Voldemort. Despite the strong sense of fate, the books make it clear that the characters’ choices, their free will, are what’s important and not some higher cosmic power.

In the TV show Heroes, a painter has the power to see the future and his prophecy tends to be accurate. However, the prophecies also tend to change. Isaac, the prophetic painter, predicts something vague enough that can be interpreted in numerous ways. The tag line in season one of Heroes for a while was “Save the Cheerleader, Save the World.” Isaac constantly draws pictures of serial killer Sylar killing Claire, an immortal cheerleader. Isaac’s pictures show a blonde cheerleader with her head sawed off. However, another character, Peter, saves Claire. So doesn’t Isaac’s prediction hold true? Kind of. Sylar mistakes another blonde cheerleader for Claire, so it could be argued that Isaac’s prediction holds true. However, the characters also have often traveled into the future where they see horrible dystopian-like realities, that are later stopped and changed, no matter what Isaac has predicted. In Heroes, the characters act like your fate is inevitable, unless it’s really bad and they decide to change it. The writers couldn’t seem to decide whether to follow fate or free will.

There are many other examples of course (Supernatural, Oedipus, Brave, Thor, Beowulf, Star Wars, Saiyuki, Doctor Who, Into the Woods, Dark Souls), but this theme of fate versus free will is something that consistently comes up in our pop culture. I think it’s because on some level humanity likes fate. We like the idea that God or some other higher power has a plan in which we play a part, maybe even a starring role. However, we find the notion of being bound to a fate, especially one we may not like, distasteful. We like have autonomy, but we also like the idea of being destined for something great or important.

What do you think? Are our lives governed by some kind of fate, free will, or is it a bit of both?

Tune in next week and get some religion. 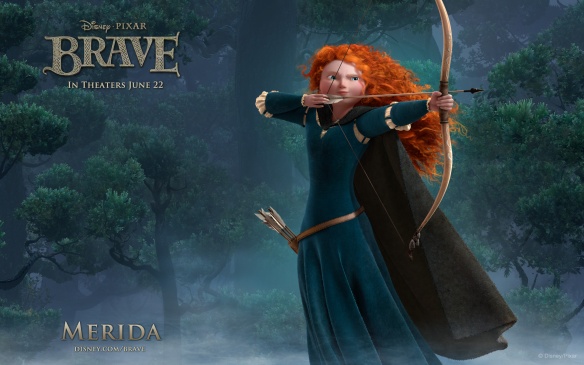 Disney totally lied. They said they weren’t going to do anymore princess movies. Something to do with getting more boys into the theater and seven-year-old girls wanting to be hot. (I was planning on following up that fragment with a sarcastic statement along the longs of “because that’s a lovely image” but then I realized that, no, it doesn’t even deserve to be dignified.)

And before anyone starts to think that I really didn’t like Brave, let me just say that I actually did. Despite everything the studio did to put a bad taste in my mouth, Brave is an amazingly good movie. I wouldn’t say that it’s for really little kids, but even then, seeing it wouldn’t hurt. And on top of having great visuals and a strong theme, the main characters, Merida and her mother, are very well developed.

There seems to be a lot of pressure lately to write female characters a certain way so as to not be called sexist, and it’s very apparent. It’s also very apparent that the studio doesn’t know how to portray said characters half the time, which is sad, because the solution to making a poorly-written female character into a well-written female character more often than not comprises mostly of just giving her a personality. I kind of felt this way about Snow White and the Huntsman. I felt as though everyone had scrambled to make the lead likable and strong, but in the process they completely missed the mark. Although, I can give them props for at least trying.

Brave also makes a conscious effort to have a strong female lead, but none of it felt shoehorned in. I thought it all fit together nicely with Merida’s personality. Yes, she’s the typical princess who doesn’t want to be a princess. Woe unto her life, right? But I give the movie a lot of credit with this and it handled the situation well. It took the time to show that being a princess wasn’t as grand as it sounds, and it also took the time to develop Merida’s personality. It’s not even that being a princess is just so terrible (her mother, Elinor, doesn’t seem to have any problems fitting into the royal lifestyle); it’s more so that the restrictions it brings clash with Merida’s free spirit. This in turn creates the main conflict: Merida’s and Elinor’s strained relationship.

Spoilers from here on.

Neither Merida nor Elinor listens to the other. Merida completely rejects the court, while Elinor tries to push it on her. And neither of them truly sees the emotional damage caused, because they are both too busy thinking that if the other would just relent, they wouldn’t have these problems. Their relationship hits an all-time low when Merida cuts the tapestry Elinor made of their family and Elinor retaliates by throwing Merida’s bow into the fireplace.

Merida runs away on her trusted horse, Agnus, and finds a witch in the woods. She believes that if she can change who her mother is, she can change her fate, because Elinor is in charge of “every aspect of [her] life.” And at the moment, Merida’s biggest concern is that she doesn’t want to get married, not because she rejects the married life, but because she’s not ready for it. The witch eventually gives Merida a cake that will change who Elinor is.

Unfortunately, the cake turns her into a bear. Watching a bear try to act like a regal queen and scold people into behaving properly is hilarious.

Also unfortunately, Merida’s father and all the other people really like bear hunting, and her father has always wanted revenge against the bear that ate his leg off. And like sane people, they don’t believe Merida when she tries to tell them that that’s her mother.

Not only does Merida have to race to save Elinor from her father, but also from the spell, as after two days it will become permanent, and Elinor’s mind is changing too. The original bear who ate the king’s leg is someone like Elinor, a person who was transformed, and acts as an antagonist but is in many regards part of the internal conflict and a reminder to the audience that Merida risks losing her mother forever.

The lesson Brave offers is a beautiful one, as Merida and Elinor both need to learn to meet each other halfway and support one another in their endeavors, as well as own up to their own mistakes. This is a movie well worth checking out.

When trying to decide who to crush on today I realized that it had been awhile since we had any artists here, especially one that draws awesome ladies, and Amy Mebberson does just that. Amy is a cartoonist who has done several comics for The Muppets and Monsters Inc. Amy’s drawing ranges from a combination of Disney, comics, and various other nerdoms combined to make something amazing.

Check her out on devianart and tumblr!

I hope you all enjoyed my latest Web Crush!