MadameAce: After the release of The Force Awakens, many of us were left wondering just who the hell Rey is. She’s powerful in the Force and certainly an important enough person in their universe to warrant being the star of three movies. So what’s the deal? Is she Obi-Wan’s granddaughter? Luke’s child? Or something else altogether? A less common theory says that she’s Anakin Skywalker reincarnated. The theory posits that due to Anakin’s crimes, he was sent back to the world as Rey to live on a desert planet. There are a number of things wrong with that—being a girl is not actually a punishment, for one thing—but while I disagree with the original poster regarding why Anakin may or may not have been reincarnated, could reincarnation even be possible within the Star Wars universe?

Well, yes. Regardless of whether or not this theory is true, it can easily fit into the narrative, and Lady Geek Girl and I are about to explain why.

Lady Geek Girl: Star Wars borrows heavily from Eastern religions, particularly Buddhism, which does incorporate reincarnation, though many people in the Western world misunderstand what reincarnation is actually about. According to Buddhist teachings, people are stuck in an endless cycle of suffering, death, and rebirth called saṃsāra. This cycle is not a good thing, because it means being stuck in a cycle of suffering. However, one can break out of this cycle by achieving enlightenment. One can only do this by following the Middle Way, aka Buddhism. Through meditation, one can achieve insight about the truth of life and extinguish desire, which allows one to escape suffering and end the cycle of rebirth. The ultimate goal of Buddhism is to achieve enlightenment and break that cycle. But just because Star Wars borrows from Buddhism, that doesn’t mean it follows it strictly. While there is no direct evidence that reincarnation exists in the Star Wars universe, it could certainly be a possibility.

END_OF_DOCUMENT_TOKEN_TO_BE_REPLACED

I love Star Wars. Other than Harry Potter, it is probably one of the things that has most influenced my young nerdy life. As a young religious girl I loved the idea of the Force and the Jedi and how their faith in the Force gave them power. Then, like many people, I was dismayed over how the Force and the Jedi were portrayed in the prequels. Maybe it was because of my own issues with my faith, but I very much disliked how overly regimented the Jedi were shown to be and how it seemed to take some of the mystery out of the Force. With the most recent movies, like The Force Awakens and Rogue One, all of the things that I loved about the Force and the Jedi in the original movies were back, and I have to say that Chirrut Îmwe is one of the absolute best examples of someone of faith that I have seen in a long time. And more specifically, it was great seeing a beautiful faith expression that was more reflective of Buddhist and Taoist beliefs.

END_OF_DOCUMENT_TOKEN_TO_BE_REPLACED

Star Wars’s next episode is almost here, you guys! Well, it’s a couple months away, but still, I’m excited, and I’m feeling all Star Wars-y today because of it.

So in order to celebrate, let’s talk about Jedi, monks, and monasticism. The Jedi are warrior monks, who spend their days either meditating or kicking Sith ass. They live minimalistic lives and belong to a spiritual order charged with keeping the peace. The Jedi and their way of life, like many other things in Star Wars, are based off Eastern cultures and religions, but the story is told from a Western lens. As such, the story, especially in the prequels, doesn’t really do all that well representing the way of life it borrows from.

END_OF_DOCUMENT_TOKEN_TO_BE_REPLACED

Firefly has always been one of my favorite shows despite it being tragically canceled, and I think one of the main reasons I enjoyed the show so much is the wide diversity of belief we see with the cast. It’s rare that shows discuss belief, and it’s even rare that a show does it across a decently broad spectrum.

END_OF_DOCUMENT_TOKEN_TO_BE_REPLACED

As I continue brooding about life and true happiness, I can’t help but think about the anime series Angel Beats! After re-watching the show for the eighth time, I realized just how often the characters’ thoughts about religion (and the afterlife) affect what happens in the plot. While the story occurs in a world considered the afterlife, how they choose to pass on (or stay in limbo) is affected greatly on different belief systems. From Buddhism to Christianity, the characters believe in different icons or principles from these religions and make a lot of assumptions about this world because of their beliefs.

Spoilers after the jump! END_OF_DOCUMENT_TOKEN_TO_BE_REPLACED

Welcome back! In Part 1 of this series, I categorized several characters from the anime/manga series Naruto as representative of the naraka (hell), preta (“hungry ghost”), and animal realms of the Buddhist “desire world”. This week, I’ll discuss the deva (god), asura (demigod), and human realms, as well as wrap up with what I think this means for the series’ interpretation of release from the cycle of Samsara. Spoilers ahead!

Naruto the Ninja Buddha. Well, the Sage of the Six Paths was one too, but in Buddhism, each age has its own Buddha.

END_OF_DOCUMENT_TOKEN_TO_BE_REPLACED

Let’s get one thing out of the way: I know my current favorite anime/manga series Naruto has tons of issues. I know its storytelling has been feeble for years now, it’s a total trainwreck from a feminist perspective, and it throws around religious references frivolously, like they’re sprinkles on a sundae.

But I have to give the series credit for being thematically consistent… perhaps even to the point of being overbearing. For a long time I thought the themes were generic values like teamwork, brotherhood, perseverance, and sacrifice. But as the narrative wore on, it became clearer and clearer how cyclical everything was: the endless cycle of war between the Senju and Uchiha, the cycle of each generation taking on the roles of the previous generation, and the literal cycle of reincarnation of the two sons of the Sage of the Six Paths. To understand this, we’re going to have to dive a little deeper than generic, fairly Western values. If I had been paying as much attention to translations of Japanese terms as I should have been, I would have realized far earlier that all these cycles are evoking a particular cycle, the cycle of Samsara: the endless loop of death and rebirth in Hindu and Buddhist belief. You see, “Rinnegan” translates to “Samsara eye”. And the Rinnegan is the pinnacle of all ocular powers, and the center of conflict for much of the second half of the series.

Okay, so the characters in Naruto are caught in the cycle of Samsara, so what? Well, there’s a lot to Samsara. In some branches of Buddhism, there are six realms of existence within the world of “desire” (Sanskrit kāma-dhātu) into which one can be reborn while within the cycle of Samsara: the god or deva realm, the asura or demigod realm, the human realm, the animal realm, the preta or “hungry ghost” realm, and the naraka or hell realm. These words will sound familiar to any readers/viewers of Naruto; the Six Paths that Pain/Nagato used (with his Rinnegan) are named after them. But even more deeply than that, I think there is at least one character in the series who represents each of the realms. The good news is that all of the characters I will discuss below are “getting better”, moving closer toward enlightenment—i.e., toward breaking free from the cycle of Samsara. In this first of a two-part series, I’ll discuss characters representing the naraka, preta, and animal realms. Spoilers for all of Naruto below!

Believe it or not, the Six Paths of Pain are not the embodiments of the Buddhist six realms. They just have powers marginally related to their names.

END_OF_DOCUMENT_TOKEN_TO_BE_REPLACED

We’ve discussed before on this blog how few and far between characters of faith are in pop culture. When they do crop up, it is often of the extremist/terrorist/serial killer variety. The only other time it seems to come up is as the butt of a joke—literally. Far too often, religion is only brought up in a comedic line to get some laughs. Religion, how do we mock you? Let me count the ways. 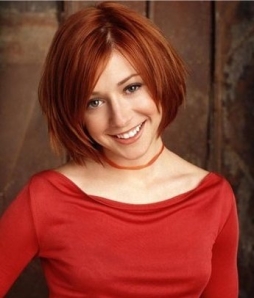 Willow Rosenberg, Jewish on Hanukkah, Pesach, and whenever it’s convenient for a joke.