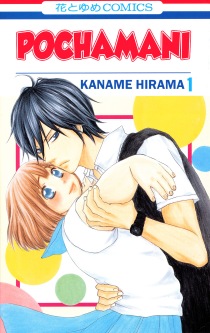 Shoujo is not the most respected genre in the manga world. On one hand, the plots, though often dramatic, are also simple. They usually involve a pretty but stupid high school girl and a handsome, smart, rich, and arrogant high school boy. This odd couple is usually thrown into some sort of situation that, while technically plausible, is very unlikely.

They include eye-rolling plot lines such as marrying for parents’ debt, working off a debt in the mansion, something else to do with a large sum of money and shitty parents, their parents got married so they are now step-siblings, etc. Whatever problems shoujo may have, though, there are more than a few gems in the genre, and even some that go against those pretty people. One of these fabled gems is Pochamani by Kaname Hirama. END_OF_DOCUMENT_TOKEN_TO_BE_REPLACED