A lot of media in speculative fiction has characters with magical powers, and those characters are often introduced in opposition to characters with no magical powers whatsoever. Think of the X-Men, whose powers are an allegory for discrimination and prejudice in the real world. When a universe has both powered and non-powered people, the story should, at some point, discuss the implications of a world where one side has an inherent ability to do something that the other side will never be able to do. Unfortunately, many stories never venture into the conflict between powered and non-powered people, and the ones that do don’t manage it very well.

Who’s to say that Muggles couldn’t have helped out in the war?

END_OF_DOCUMENT_TOKEN_TO_BE_REPLACED 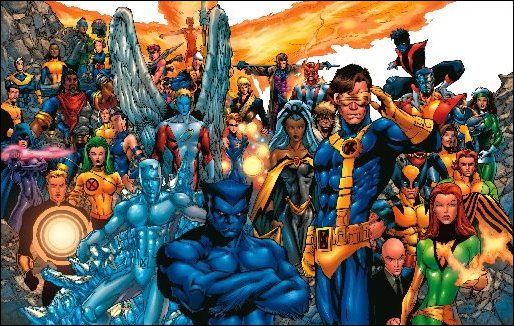 Recently, a friend and I were talking about writing a story together, and since we’re both very into fantasy, we decided to write something with magical characters. However, we quickly ran into a problem: there are… way too many stories with magical elements out there. (As you might know from this column.) So what was the best way to build a world that had magic, but wasn’t cliché or boring? And if you’re building a magical system from scratch, what was the best way to set limits for your magical characters? I looked at some of my own favorite genre stories to get an idea of what I was getting into. Some appeared to have pretty concrete magical worldbuilding, and some appeared to have more nebulous worldbuilding. Both worked, but which was better?

END_OF_DOCUMENT_TOKEN_TO_BE_REPLACED

Imagine you live in a world where magic is real. Awesome, right? Now imagine that people can and regularly do use that magic to force you to do or believe or forget things you otherwise would never do, and we’re getting into more frightening territory. Unfortunately, this is the case in many magical worlds, where bodily autonomy and consent fall easily in the face of a well-cast spell.

END_OF_DOCUMENT_TOKEN_TO_BE_REPLACED 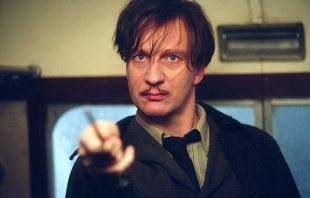 We’ve talked a lot on this blog about authors who use their novels as religious allegories, but many authors also use various magical diseases and abilities as a stand-in for many touchy political or personal issues.

In J.K. Rowling’s case, she switched out a real disease for an imaginary one: lycanthropy. The werewolves that populate Harry Potter were meant to be an allegory for the real-life suffering of people with HIV and AIDS, who, up until recently, were treated with contempt and suspicion by the general populace due to a fundamental misunderstanding of what caused the disease and what the disease did. Sound familiar? Yeah, that’s Remus Lupin’s life in a nutshell. In the 2008 court case between JKR and Steve Vander Ark over the HP Lexicon, Rowling said:

I know that I’ve said publicly that Remus Lupin was supposed to be on the H.I.V. metaphor. It was someone who had been infected young, who suffered stigma, who had a fear of infecting others, who was terrified he would pass on his condition to his son. And it was a way of examining prejudice, unwarranted prejudice towards a group of people. And also, examining why people might become embittered when they’re treated that unfairly.

END_OF_DOCUMENT_TOKEN_TO_BE_REPLACED

I’ve read books by Holly Black before, namely her “Modern Faerie Tale” series: Tithe, Valiant, and Ironside. While I liked them well enough (I was all about Prince Valiant, actually), my one complaint about them was that they weren’t particularly gripping. I kept picking up Ironside and putting it back down, and it took me far longer than it should have to finish it. So when I got White Cat, the first book in “The Curse Workers” trilogy, from the library, I thought it’d be much the same. I settled down for some light reading at around three in the morning (don’t judge me) and didn’t go to sleep until six—after I’d turned the final page, found out the next book wouldn’t be out for a year, and paced around my apartment until I’d exhausted my brain into shutting up.

I’d been worried it wasn’t going to be gripping; White Cat had a grip more inescapable than a particularly vicious anaconda.