Wreck-It Ralph looks like it’s going to be a great movie from Disney and much like Toy Story seems to be geared toward those of that our older and, in this case, have played the old video games and continue to play the new ones. That doesn’t mean that this movie won’t be relatable to a younger crowd—if anything it should hopefully introduce them to many of the old classic games.

The idea that games have lives and personalities when the game is on or off is a popular one and one that I adore. It reminds me greatly of the TV Show Reboot. Does anyone remember that? It was on Toonami for a while. Anyway, I’m looking forward to Wreck-It Ralph let’s hope it’s fun, funny, and gives the old video games the respect they deserve.

It’s Trailer Tuesdays! This week’s trailer is Seeking a Friend for the End of the World!

Okay, so I’m stretching it a bit with this trailer as it barely falls into the geek genres that we love so well. It’s the end of the world, but there are no zombies, no satan, and no killer plants (thank God). There is an asteroid coming to destroy the earth, but Bruce Willis will not be going up into outer space to stop it. It’s going to kill everyone in three week’s time. Seems like a perfect setting for a romantic comedy, right?

I’m not good with romantic comedies. Sure there are some that I like: Harry Met Sally, You Got Mail, and What’s Your Number (naked Captain America, ladies!). But though these movies usually make me go, “Aw!” They don’t usually keep me interested, especially in the relationship.

But I’ll admit I think this one will. A romance at the end of the world seems really fun and interesting, and while I can’t say I’m going to see it in theaters I do look forward to renting it at some later date.

I am both excited and nervous about this movie. While it looks good exciting and action packed, I’m still worried about Kirsten Stewart’s performance. I know Chris Hemsworth will be excellent as the Huntsman, but the thing I’m most disappointed about is the evil queen. She seems thoroughly evil in this movie and I’m starting to get a little bored with it.

When are we going to add depth to the stepmother? I wouldn’t even mind if she was the bad guy if they just gave her some depth to make her character a bit more interesting.

I was less than whelmed when I saw some of the earlier trailers for The Amazing Spiderman. I don’t mind the idea of a reboot, or that Mary Jane isn’t in it, and I don’t even mind bringing in Peter’s parents, that’s actually kind of exciting.

I love Spider-Man. He is one of my favorite superheroes. Do you know why? It’s because he was also so freaking funny. Spider-Man is a teenager so he’s constantly, cracking jokes, and making snide remarks that even gives people like Deadpool a run for their money in the hilarious department. This is really what made the Spider-Man comics for me, and I loved him even more in The Avenger comics. Peter’s light-hearted attitude that made him so funny was also what kept him going during rough times. Spider-Man has some story lines that are so depressing that even Batman doesn’t envy the guy, but Peter never turns into the angsty hero that Bruce Wayne is, because of his general optimistic attitude about the world. His humor and temperament is a reflection of that.

Yet in every movie Spider-Man is extremely emo! Why? Who is making these decisions? I demand to know!

Previous movies and previous trailers left me downhearted, thinking I would never see the Peter Parker of the comics on the big screen… until now!

This new trailer looks awesome and most importantly FINALLY gives me the hilarious Spider-Man I have been waiting for all my life.

Spider-Man, you have me sold! I’ll see you in July!

There have been many issues around race and comic book movies over the years. Marvel I feel has been the most notable with casting black actors in typically white roles. Alicia in Fantastic Four was black instead of the usual blonde-haired, blue-eyed character she is in the comics. Nick Fury, now played by Samuel L. Jackson is black, and perhaps the most controversial, Idris Elba played the Norse god Heimdall in Thor.

END_OF_DOCUMENT_TOKEN_TO_BE_REPLACED

It’s Web Crush Wednesdays again! This week’s Web Crush is… *drum roll* Hyperbole and a Half!

Perhaps some of you have seen memes similar to this: 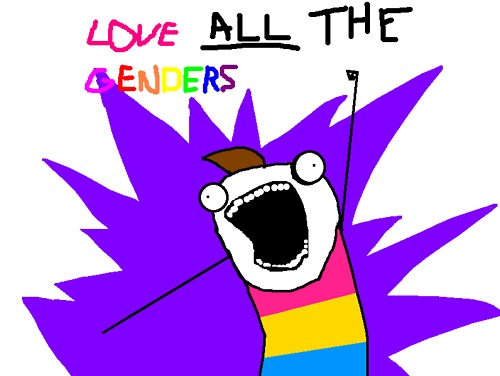 Yeah, there are a lot of these, but this is the original. 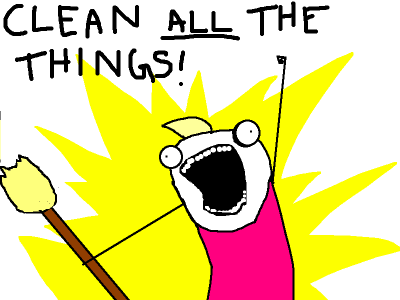 This awesomeness comes from the blog Hyperbole and a Half by Allie Brosh. She describes herself as “heroic, caring, alert and flammable.” And though the pictures are what you often see online her writing, especially when paired with the pictures is even more hilarious.

“I’ve always wanted to not give a fuck. While crying helplessly into my pillow for no good reason, I would often fantasize that maybe someday I could be one of those stoic badasses whose emotions are mostly comprised of rock music and not being afraid of things. And finally – finally – after a lifetime of feelings and anxiety and more feelings, I didn’t have any feelings left. I had spent my last feeling being disappointed that I couldn’t rent Jumanji. 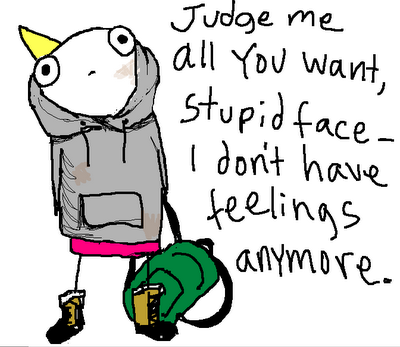 I thoroughly suggest you go here and check out my latest Web Crush!

This movie looks good fun and interesting along with awesome stop motion animation. My only problem with it is it has been done before. I know it sounds weird to say that a movie has been made about a Frankenstein dog has been done before, but it has, by none other that Tim Burton himself.

The 1984 thirty minute movie live action version of this movie was cute, fun, and entertaining a Tim Burton classic. I happen to enjoy a lot of Tim Burton’s movies, but I noticed a trend with Tim Burton. He tends to be better with his own original works than remaking classics. I honestly did not enjoy Willie Wonka and the Chocolate Factory or Alice in Wonderland, and many people felt the same way. Now with a remake of one Tim Burton’s old classics coming out I have to wonder if he’s maybe losing his touch, especially considering he hasn’t written anything new since Corpse Bride in 2005.

This remake of Frankenweenie looks great, but the old one was fine it didn’t need to be remade. I just wish Tim Burton would try to do something original again instead of another remake, even if it is a remake of one of his original stories.