END_OF_DOCUMENT_TOKEN_TO_BE_REPLACED

These days I try to limit the number of shows I watch, but it’s summer, most of the shows I watch are on hiatus, and a friend was gushing over this new show about bounty hunters in space called Killjoys. So, I decided to give it a shot. The pilot got me hooked. The first season just concluded and it was a fun and feels-inducing romp, introducing characters with mysterious pasts and setting up conspiracies.

Spoilers for the first season of Killjoys below.

END_OF_DOCUMENT_TOKEN_TO_BE_REPLACED 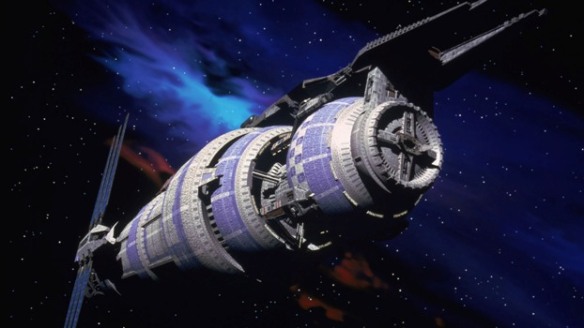 In this week’s Throwback Thursday, I want to talk about my favorite sci-fi show of all time—Babylon 5. I feel like the voice-over intro which begins each episode is a pretty good summary of what the show is about:

It was the dawn of the third age of mankind – ten years after the Earth-Minbari War. The Babylon Project was a dream given form. Its goal: to prevent another war by creating a place where humans and aliens could work out their differences peacefully. It’s a port of call – home away from home – for diplomats, hustlers, entrepreneurs, and wanderers. Humans and aliens wrapped in two million five hundred thousand tons of spinning metal… all alone in the night. It can be a dangerous place, but it’s our last best hope for peace. This is the story of the last of the Babylon stations. The year is 2258. The name of the place is Babylon 5.

Babylon 5 has had a special place in my heart since I was a child. Unlike Stargate SG-1, which I wrote about a while back, Babylon 5 used to be on late at night (like, 10pm) and my dad used to watch it every week. So, sometimes after my mom had put my brother and me to bed, I would quietly get up and sneak into the living room and ask my dad to let me watch it with him. And he would sometimes let me.

Unfortunately, not much of the show stuck in my memory and what did stick might not not been very accurate, so a couple of years ago, I decided to watch it all again. I hoped it would be good, but I didn’t expect to love it as much as I did.

END_OF_DOCUMENT_TOKEN_TO_BE_REPLACED

Marvel’s 2010 crossover storyline Fall of the Hulks, which occurs sort of concurrently with the events of the Siege storyline, details among other things the plot of a cabal of evil, brainy superheroes to kidnap the world’s eight smartest people. The Intelligencia [sic], as they call themselves, arouse the ire of various Hulks in the process, leading to all sorts of hijinks and craziness, as well as the World War Hulk story and its two issue miniseries, Hulked Out Heroes.

Try not to imagine the kind of mindboggling destruction that an entity equal parts Hulk and Deadpool would wreak. Instead, let’s go back and talk about the fact that Marvel has offered up a list of its terrestrial supergeniuses. This is great! I really want to know who the smartest people on Earth-616 are, don’t you? Let’s take a look at who was worth capturing (in no particular order):
END_OF_DOCUMENT_TOKEN_TO_BE_REPLACED