Virtually any time that something happens at the intersection of Black people and comics, I get a message on Facebook. That’s because my friends love me, I’m sure, but it occasionally leads me to be inundated with eight or nine messages about the same thing. Take, for example, this video of Michelle Rodriguez, which was sent to me by about twelve people a month ago:

In the video, Michelle offers a few choice words on diversity in casting: “Stop stealing white superheroes.” It caused a bit of an uproar in some circles, and Michelle made a video clarifying her statements. But first, let’s address the premise itself. Are all of these superheroes, “originally” white, whose races are being changed, being stolen? First, a superhero is functionally a mythological entity (yes, they are—I will fight you), and cannot be stolen. They can, however, be appropriated, and this may be closer to what Rodriguez meant. My initial reaction was confusion, both personal and academic. As an individual, I was confused at why another person of color objects to the practice of diversifying white characters, especially Green Lantern who has already seen a Latino character—Kyle Rayner—in a print run.

Academically, I was confused because the notion that white characters can be “stolen” or “appropriated” when they are primarily what’s made available to young people of all races, while even our fantasies are “regulated by white believability” is troubling. Even more than that, myths are shaped, stolen, borrowed, passed around, and stripped for parts regularly. That’s their nature and cannot be separated from their purpose. It’s what they do. If you don’t believe me, on the left is a picture of Chinese Jesus.

There’s no universe in which I’m sad that Thor is a woman in the newest print run, and I don’t feel that men have lost anything; Thor was a man for all comic print runs beforehand (except for that time he was a frog). A little turnabout is fair play. Similarly, I’m not upset that Heimdall was played by Idris Elba or that Johnny Storm is being played Michael B. Jordan. I’m not even upset that Donald Glover keeps teasing us with this Spider-Man thing, or that Tyrese Gibson keeps telling us how ready he is to play Green Lantern (although I wish they’d stop teasing us, I’m getting chafed over here).

END_OF_DOCUMENT_TOKEN_TO_BE_REPLACED

You know what was great? Teen Titans. While I don’t need to make a list of reasons why Teen Titans was great, I could throw a couple at you. Starfire wasn’t a walking sex toy. A skilled writing staff managed to write jokes that made me laugh without wanting to put my head into a desk. Cyborg was clearly Black, but not an Erkel or a thug. Then there was Terra, who presented complicated notions of heroism, loyalty, and betrayal for a young audience. There was also the Puffy Am—shut up!—Puffy Amiyumi theme song. All of these things and others made for a great show. But it went the way of the dinosaur. If you ask Wil Wheaton, that was because the season 6 pitch didn’t go over favorably with the execs.

That’s the way it is with television shows. Many great shows are here today, gone tomorrow. Despite the efforts of many a Kickstarter or online petition, it takes much more than a vocal and obsessive fanbase to convince a company to reverse the decision to terminate a show. See: Firefly (which, by the way, was a decade ago, so maybe we should just let that wound heal). So many different things go into the cancellation of a show because it takes the cooperation of actors, animators if a show is animated, the owners of the creative property, production companies, etc., and I recognize that these things happen, but the cancellation of Young Justice genuinely broke my heart. There aren’t that many DC properties that I’ve ever really been into, so it was sad to see a critically acclaimed, Emmy-winning, mature, and compelling show disappear. That’s all right; I will learn to love again.

But the other day I was listening to Kevin Smith’s Fat Man on Batman podcast, which is a goldmine, and he was interviewing Paul Dini. Dini is a writer with a long career and a longer resume, and he has written for a show you like, no question. Dini gave a rather troubling answer as to why Young Justice was cancelled, along with other shows like Tower Prep. Apparently, those shows are too mature. They appeal to audiences that prefer complexity, and apparently those audiences don’t buy toys. Now, I acknowledge that televisions often live and die on advertising and merchandising. But there’s something much more disturbing in his answer. There’s a transcript here, and if you read far enough down you’ll encounter this comment about studio executives: END_OF_DOCUMENT_TOKEN_TO_BE_REPLACED

When it comes to female superheroes and villains, I constantly hear debate over the sexy costumes. On the one hand, it is ridiculous that female characters must be constantly half-exposed in order to be in comics. On the other hand, one could argue that criticism of what these characters wear can devolve into to slut-shaming and placing standards on female characters that would never be placed on men. In real life, cosplayers wearing revealing costumes experience both harassment and slut-shaming from both men and women. But for this post, I just want to discuss the characters. Why am I so offended when female heroes and villains are constantly depicted wearing sexy revealing costumes? 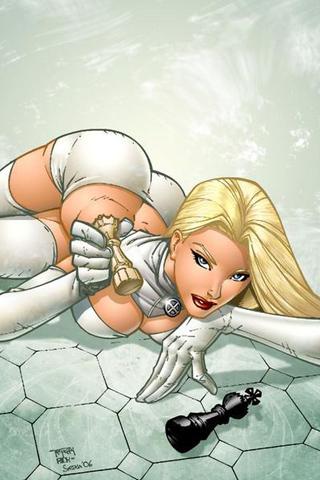 Let’s use Harley Quinn and Starfire as two modern examples.

END_OF_DOCUMENT_TOKEN_TO_BE_REPLACED

As you may have noticed, Warner Bros and DC Comics have announced their new lineup of movies. They announced that there would be a Superman/Batman movie, a Flash movie, and finally the long-expected Justice League movie.

Well, that’s interesting, right? I mean the Justice League movie has been greatly anticipated. We already had an, admittedly terrible, Green Lantern movie. The recent Superman movie was excellent. And the next two will take care of Batman and the Flash. So this is great! We are well on our way to a Justice League movie. That’s just awesome. But you know, it feels like something might be missing. Something big, yeah—something important. What could it be? 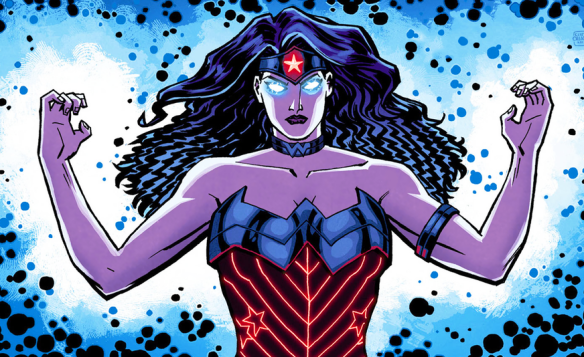 END_OF_DOCUMENT_TOKEN_TO_BE_REPLACED

I usually don’t pay attention to movie posters, but when these two posters kept popping up on my Tumblr dash I decided that I needed to address the issues I saw here. The blatant and utter sexism of these posters just makes me what to throw things and scream. END_OF_DOCUMENT_TOKEN_TO_BE_REPLACED