The 2015 Hugo Awards were a huge mess. For those of you who weren’t following along, a group of disgruntled sci-fi authors decided that sci-fi and fantasy nowadays had way too many messages for their liking and were no longer “fun”. Disgusted by people they called “social justice warriors”, they set out to ensure that Hugo voting ballots were filled with stories written by people who were not women or people of color, and the ensuing chaos was widely reported by the media. Wired, in particular, has a great summary of all the events. As they say:

Like the sound of starship engines, the Hugos don’t exist in a vacuum. Consider: A woman named Adria Richards Twitter-shames two white dudes for cracking off-color jokes at PyCon, a tech developer conference (and then is fired and fields murder threats). GamerGate makes a political movement out of threatening with rape any woman who has the temerity to offer an opinion about a videogame. A certain strain of comic book fan goes apoplectic whenever Captain America gets replaced with a black man or Thor gets replaced with a woman. This is more than just hatred of change: When Thor once got replaced by a frog (yes, that really happened) no one uttered a peep (or a ribbit). The Culture Wars are raging at the highest levels (and all corners) of American society.

This conflict, this gatekeeping, is inescapable. And all of the Hugo hubbub makes for a spectacular segue into Zen Cho’s book, Sorcerer to the Crown, which will be eligible for the 2016 Hugo Awards. Though Cho, a Malaysian woman living in England, insists that she didn’t set out to write a message novel, the idea behind of her book cannot be clearer. Who acts as the gatekeepers to a canon, and who decides who gets to contribute to that canon? Sorcerer to the Crown asks us: who gets to contribute to Britain’s magical canon? In short, who can be considered a sorcerer, and who cannot? 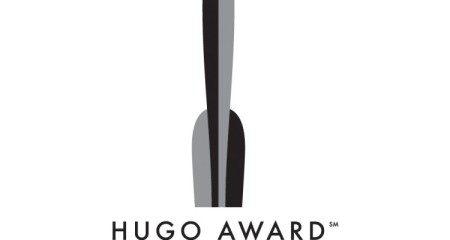 END_OF_DOCUMENT_TOKEN_TO_BE_REPLACED

Happy Easter to all my Christian sisters and brothers! Today’s post is not going to be about anything involving Easter. Other than the Christ figures, there isn’t much Easter-oriented material in geek culture. There are probably a couple reasons as to why that is, but we aren’t going to get into that today.

Instead, we are going to discuss Christian ethics in geek culture. Particularly, we will be discussing issues of simplicity and voluntary poverty.

END_OF_DOCUMENT_TOKEN_TO_BE_REPLACED

If any of you remember, I joined the blog back in May, and my second post was about “geek gatekeeping.” It got started because a friend of mine was harassed at my local comic book shop for not being geeky enough (or some nonsense like that) and it was gross and I went off. Pushing people away from your interests, geeky or non, either because they frighten you or because you’re frightened about the sanctity of that particular interest, is complete nonsense.

If you’d like an object lesson in how ridiculous it is, the kind folks over at The Mary Sue are glad to help you out:

But, I digress. Something that I didn’t mention back when I wrote that post was that the people doing the harassing weren’t the people who worked at my comic store. They were regular fixtures in the store, but not employees. My friend, a hopeful (and now actual!) comic enthusiast, related to me that although she had been only an aisle away from a store employee, nothing was said or done when the jerks (as I will hereafter refer to them) had mockingly questioned whether she even belonged in a comic book store. I don’t want to engage with the layers of self-delusion necessary to even ask if someone can “belong” in a store that sells books.

My friend and I were both rather miffed. Thinking about it, I was actually more miffed with the store employees than with the jerks, because the store should have every reason to object to that sort of behavior. Letting someone get harassed in your store because you’re too busy arranging trade hardcovers or something fails a basic test of common decency, and it’s also just bad for business. It’s likely to scare off potential customers who want to give you money in exchange for pictures of Spider-Man and dice with strange numbers of sides. I racked my brain for a minute as to why you wouldn’t get involved in a situation like that in your own establishment and I came up with a couple of reasons: