Spoilers up through the end of Season 5 of Game of Thrones, of course.

Game of Thrones dazzles you with grand battles and dramatic contests of strength. Ignore them; it’s a ruse, designed to delude you into thinking that the wars of Westeros can be won with physical power alone. 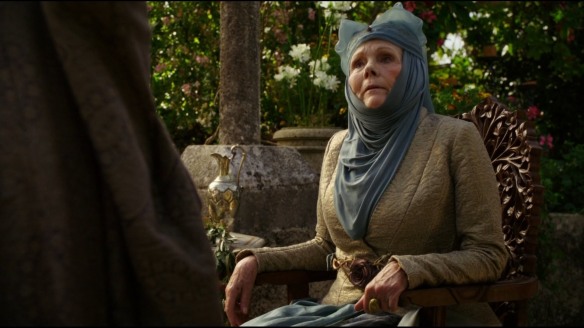 Suddenly, as we go into the sixth season, the greatest warriors of the land are dead: Gregor and Sandor Clegane, Robb and Ned Stark, Renly and Stannis Baratheon, Barristan Selmy, Khal Drogo, Oberyn Martell, and Jon Snow all lie in their graves, returning to the series only by flashback or magical resurrection. Their strength and battlefield prowess won them nothing.

The remaining players owe their position to something other than physical strength: their ability to do the emotional labor necessary for success, or at least, their ability to rely on others to do it for them. Rather than force, this kind of emotional work will win the war.