Star Trek is yet another show that faces a difficult challenge. You might even say that the Powers That Be of Star Trek are up against a potential no-win scenario. This challenge the PTB (particularly the writers) have is that Star Trek has been often up held as this utopian society. In the midst of many dystopian futuristic sci-fi shows, Star Trek, though filled with many alien conflicts, presents us with a universe where the problems of earth have been resolved. In the Star Trek universe there is no more racism, classism, ableism, or sexism.

The reason this can be viewed as a no-win scenario is that it’s hard to create a utopian society when the writer exists in an imperfect world and is influenced by all those -isms that Star Trek claims to have gotten rid of. However, Star Trek has done surprisingly well—yes, there have been some problems, but, for the most part, Star Trek does a pretty good job.

Oh, wait—there is still one problem. There have never been any queer characters in any Star Trek TV show or movie—not one. And no, Kirk and Spock don’t count. 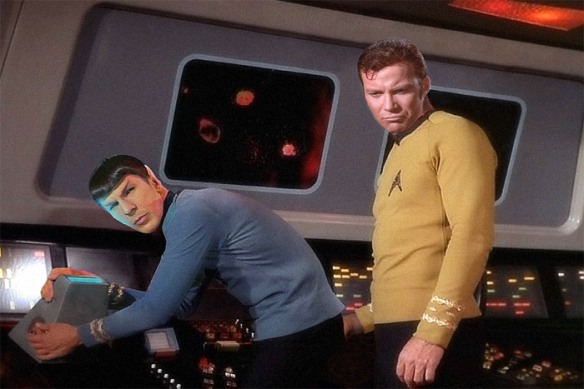