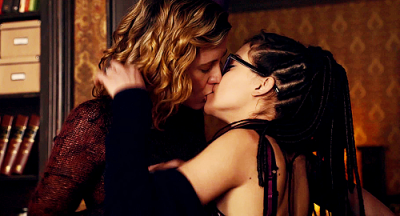 END_OF_DOCUMENT_TOKEN_TO_BE_REPLACED

I’m sure by now you have heard that Glee lead actor Cory Monteith passed away Saturday at the age of 31. Reports came in Tuesday that the autopsy revealed Monteith died from a mixture of heroin and alcohol.

It’s a tragic end to a brilliant performer, and puts most of the theatre world back on their heels. Monteith’s death opens up a ton of questions that must be asked.

END_OF_DOCUMENT_TOKEN_TO_BE_REPLACED

On April 11, Fox’s Glee aired an episode called “Shooting Star.” In it, one of the main storylines involved Becky, a member of the Cheerios and a girl with Down Syndrome, admitting that she’s afraid of the world outside of high school. During the scene, Becky reveals to main antagonist Sue Sylvester that she has a gun, and the gun accidentally goes off twice. Sue covers up the incident, telling school officials that the gun was hers. Ultimately, Sue gets fired for the incident.

Normally, I do not worry about Glee. I don’t hate the show. I just don’t really care about it. But this really rubbed me the wrong way.

END_OF_DOCUMENT_TOKEN_TO_BE_REPLACED

Pitch Perfect is loosely based on Mickey Rapkin’s non-fiction novel of the same name, which was about many different a capella groups and how amazingly competitive they are. The movie is about Beca (played by Anna Kendrick) a brand spanking new freshman at fictional Barden University. After making the mistake of singing in the communal shower, Beca is practically forced to join the school’s all-female a capella group: The Bellas. Finding the repertoire boring and old-fashioned, she helps create new and, dare I say, sexy (oh my!) mixes, mash ups, and routines. The Bellas then take on their rivals, the all-male a capella group: The Treblemakers.

The funniest person in the movie will likely be ‘Fat Amy’ played by Australian actress and comedian Rebel Wilson. I was excited to see her in the trailer because I loved her character Brynn, Gil’s vacation visa sister that helps kick Annie Walker (Kristen Wiig) out of the apartment in the movie Bridesmaids. I was hoping to see the hilarious Wilson in more movies and Hollywood, for once, complied.

Another person I am happy to see is Adam DeVine who I know and love from the Comedy Central show “Workaholics.” DeVine plays ‘Bumper’, the head bad boy (asshole) of The Treblemakers. If he is half as funny in this as he is on “Workaholics” I have a feeling Fat Amy and Bumper are going to be the most memorable parts in the movie.

What I’m saying is—and this is not a come-on in any way, shape or form—is that men and women can’t be friends because the sex part always gets in the way.

These iconic words from the romantic comedy When Harry Met Sally seem to be something that both the media and the fandom have taken to heart—and not just with heterosexual relationships.

It is a sad fact that in the media men and women are rarely just friends. There is usually some sort of attraction, sexual tension, or sexual relationship. This happens all the time: when two characters in a TV show meet for the first time, and one’s male and one’s female, it doesn’t take much to figure out that they will most likely end up in a relationship at some point in the show.