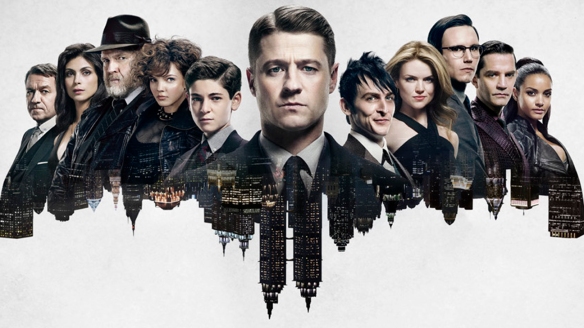 A couple weeks ago, when I found myself in another Batman craze, I decided, what the hell? Let’s give Gotham’s second season a watch. I had heard from other people that Season 2 was better than Season 1, but to be honest, I had no expectations going into it. After all, literally anything could be better than Season 1. Gotham’s first season felt long, drawn out, and boring—it didn’t help that it had no direction whatsoever and relied on offensive tropes with its characterizations. I am thankful to say, though, that Season 2 was much better, and I was pleasantly surprised by how much I enjoyed it. I actually binge-watched the whole thing in two days and now find myself somewhat excited for a third season. That said, being enjoyable is far from being good, and Gotham still has a ways to go.

END_OF_DOCUMENT_TOKEN_TO_BE_REPLACED

Well, Gotham is… it… it exists. When Gotham first premiered, I was excited beyond words. Like, wow, a Batman prequel that’s going to chronicle how both Batman and all his rogues came about! It has to be good! But whatever I was expecting, that isn’t what I got. Gotham’s first season was too long, tiring, and boring, and by the time the last episode came out it was a chore to watch. I certainly didn’t expect its first season to be perfect—all shows have problems when starting out—but I definitely didn’t expect it to be this bad. Spoilers and trigger warnings for sexual violence and graphic descriptions of violence below.

END_OF_DOCUMENT_TOKEN_TO_BE_REPLACED

I’ve wanted to write a post about how OCD is portrayed in pop culture for quite some time now—but to be honest, there really aren’t that many obsessive-compulsive characters out there. Off the top of my head, I can name the Riddler from DC Comic’s Batman and Rabbit from Winnie the Pooh. Rin tells me that Pearl from Steven Universe also suffers from OCD, but I don’t watch that show and therefore cannot comment on it. So that leaves me with the Riddler and Rabbit, which are not that many characters at all.

Unfortunately, despite being one of the more well-known mental disorders out there, OCD is sadly not that well understood by people at large. I think this helps contribute to the lack of representation—and what representation us OCD sufferers do get is normally not that great either.

END_OF_DOCUMENT_TOKEN_TO_BE_REPLACED

Gotham is one of those shows that I find very polarizing. For everything I love about the story, it does something else that I hate. I adore its take on Selena, but she threatened a false rape accusation. Gotham has done an amazing job with Penguin’s character, but it’s also fallen victim to fatphobia. The show has given us an autistic Riddler, and that’s awesome, but his character has been subjected to numerous clichés and stereotypes. Then of course, there’s Arkham Asylum, which is problematic in its own regard. It also hasn’t helped that the latest two episodes have been absolutely disgusting and gory. I didn’t need to see Fish Mooney, the show’s best character, gouge her own eye out. 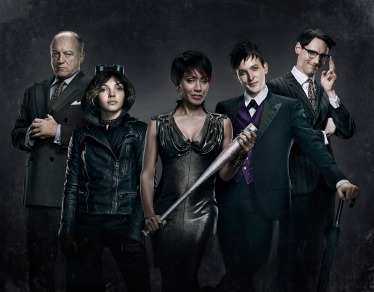 Despite all its issues, though, Gotham could still easily have been a good show, but time after time, it’s failed to live up to its potential. The show lacks direction—any given episode has at least three plots—and unfortunately, James Gordon’s plotlines are completely removed from the other two. At this point, I swear he was added into the show just because the creators felt obligated to include him. Why he’s the main character, or why he even needs to be there, I don’t know. But what I do know is that right now, this problem is really wearing down on the show’s direction.

END_OF_DOCUMENT_TOKEN_TO_BE_REPLACED

Gotham has had numerous issues in the past. To start off, its pilot wasn’t very good. Selina threatened someone with a false rape accusation. Barbara, our resident bisexual, fits just about all the harmful bisexual stereotypes out there: she cheats and is indecisive. And of course, we have yet another cishet white male lead. This is all rather frustrating, but surprisingly, I still love this show.

Gotham might have some problems, but it’s not all bad. And unlike other versions of Batman, it seems that the writers actually have a grasp on what mental disabilities and illnesses are and are not. So Gotham has some good things going for it as well, and discussing its treatment of mental disabilities is a post I plan for after the season is over. But while Gotham seems to be doing all right for representation on one front, it is still failing marvelously at others. For the most part, I like what the show has done with Penguin, but I question a few of the decisions behind his character design. That is to say, by making this incarnation of Penguin thin, while also making him sympathetic, the show unfortunately perpetuates a damaging mindset about body weight.

END_OF_DOCUMENT_TOKEN_TO_BE_REPLACED

I wasn’t planning on doing another post about Batman this soon, but Selina Kyle said something during Gotham’s second episode that I feel the need to address. Especially because I’ve seen people cheering her inappropriate behavior on. Though I enjoyed the episode and once again was thrilled to see Selina and learn more about her, that was only until she threatened a police officer with a false sexual harassment accusation. Her line:

Go get [Gordon] or I’ll say you touched me.

“Atta girl, Selina.”—actual reaction quote someone wrote in response to the line

Her threat is problematic for a number of reasons. And it was a giant blemish on an otherwise enjoyable episode. Trigger warning for rape ahead.

END_OF_DOCUMENT_TOKEN_TO_BE_REPLACED

I recently—finally—finished Arkham Origins, just watched Batman: Assault on Arkham, and have been reading Batman fics non-stop for the past two weeks. Needless to say, I’ve been a little obsessed. I can’t get enough of the Dark Knight. Unfortunately, Gotham doesn’t premiere until the 22nd, and that’s still like a whole week away.