For better or worse (mostly for better, from what I can tell), DC has finally laid the grim, poorly structured, and laughably undiverse New 52 to rest, and has started over under the header Rebirth. This sort of reboot to continuity is often a boon for readers looking for a convenient jumping on point, and Rebirth was no exception for me. When I heard that Wonder Woman would be starting over at #1, and more, that Greg Rucka, author of the iconic modern Batwoman story Batwoman: Elegy, would be writing her, I was super hyped. Wonder Woman has suffered any number of woes during the New 52, not least of all a writer/artist duo who didn’t seem to understand that feminism was not a dirty word.

I read the first issue of Wonder Woman Rebirth when it was released in June, before I got a new brickspace job and moved to a different state. Once I finally got settled, priority number one was catching up on the comics I missed during the whole process, and the first point of order of that mission was to acquire the Wonder Women I’d missed in the interim. 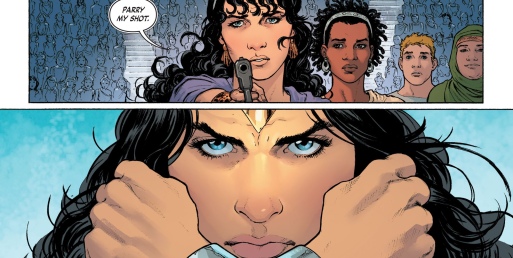 END_OF_DOCUMENT_TOKEN_TO_BE_REPLACED

We all remember DC Wedding-gate, right? When DC’s editorial department decided that Batwoman and her girlfriend Maggie couldn’t get married out of some misguided belief that marriage makes characters boring? When they seemed to believe that forbidding a same-sex marriage had the same weight as forbidding a straight one, and their Eisner-winning creative team walked off the project, citing irreconcilable creative differences? I stuck with the series for a while after that out of a desire to not be unsupportive of DC’s only queer headliner, but it finally broke me. I dropped the ongoing comic a few months ago as the storytelling drooped from fascinating down to mediocre and episodic.

Just recently, however, my birthday rolled around, and I found myself missing Kate Kane. It being my birthday and all, I decided it was time to treat myself: I bought Batwoman: Elegy. 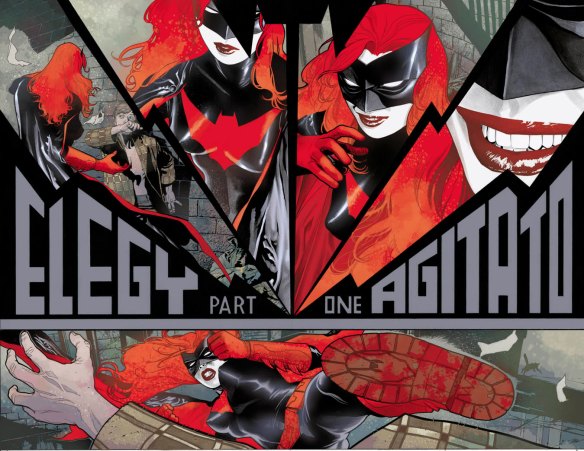