Here at LGG&F we like our romance with a side of geek, and this year we are bringing you a ship list to make any fangirl swoon! Yep, it’s Valentine’s Day, that sickeningly sweet holiday when our authors nominate and then vote on ships for our Top 20 Romantic Couples in Geekdom (10 Canon/10 Fanon) list. Many were nominated, but only a select few made the cut.

It is now my duty to present to you this year’s super cute and sexy ships!

END_OF_DOCUMENT_TOKEN_TO_BE_REPLACED

I have said it before and I’ll say it again: we can’t expect the world to change if we don’t change ourselves. This blog strives to promote equality for all people, but let’s face it: we all live in a patriarchal, racist, homophobic, transphobic, ableist, and genuinely bigoted world, and it’s difficult for even the most well-intentioned individual to break out of this culture of hate. Now it’s 2014 and it’s time to attempt to better ourselves and hopefully contribute to geek culture in only positive ways. I’ve got a few suggestions for fans, creators, and the geek community at large. 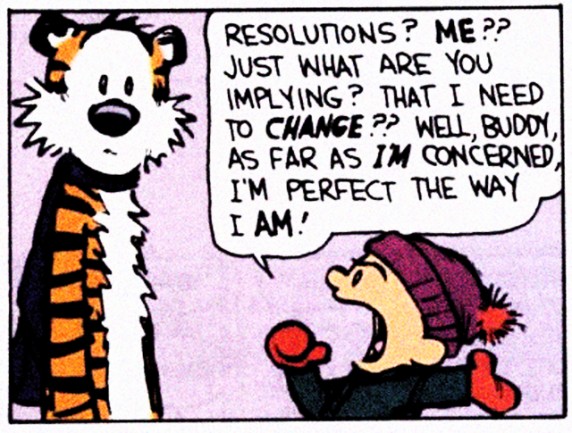 END_OF_DOCUMENT_TOKEN_TO_BE_REPLACED

Poor Charlie Brown. He really goes through some rough stuff in his life, but that one Christmas… it was a lot to deal with.

END_OF_DOCUMENT_TOKEN_TO_BE_REPLACED

Who doesn’t love the evil Mr. Grinch? His demeanor and attitude can make a child flinch.

But shouldn’t it worry us that Mr. Grinch is such a drake? He’s trying to steal Christmas, for goodness sake.

END_OF_DOCUMENT_TOKEN_TO_BE_REPLACED

We all know the childhood tale of the large, kindly man in a red suit popping down our chimneys on Christmas Eve to deliver presents to the good children and coal to the not-so-good children. But really, what does Santa do the rest of the year? Hang out with his elves? Not according to Paul Dini. His Santa—still kindly, but much more worn—has to deal with an issue that many parents deal with: a disconnect with their teenager. In this case, his spritely, rebellious daughter, Jingle.

In her self-titled series, Jingle Belle, we follow the life of this daughter—formed from the big man in red himself and his wife, the queen of the elves—as she lives through her teenage years as…well, a teenager. She’s angsty, she’s bitchy, and she likes doing things her own way (aka: the ‘naughty’ way) but she also harbors a nice side as well. In her introduction, we find Jingle making mayhem through Santa’s workshop (darn that newfangled rock ‘n roll dancing), destroying most of the toys that are to be delivered, until Santa comes in. At his arrival, she shows off the toy she developed—which happens to be a rocket launcher—and is rather off-put when he doesn’t appreciate its genius. After being effectively sent to her room, she takes off trying to do her fathers job but ends up crashing into the lair of the Blizzard Wizard, who dupes her into retrieving an evil artifact from Santa’s storage. This story takes the assumed adventure route with Jingle eventually sending a rocket through the wizard’s face and effectively saving Christmas but this part isn’t what makes the story interesting.

Rather, it’s the dysfunctional relationship between Jingle and every other person she meets that drive this story. From the first panel on, we can tell that Jingle is hard to get along with but she’s not a straight up horrible bitch beyond redemption. A few panels past where she destroys the toy factory, we find one of her friends, an elf named Gretchen, comes to her with word of the destruction. Instead of being angered by the fact that Jingle messed up so royally, Gretchen just counters with a cynical yet sympathetic “have you considered therapy?” And, in fact, Jingle has a bunch of friends—a witch, an arctic sheriff, and an anthropomorphic snow leopard for starters—which carries a good message that as a person, and especially as a female, you don’t have to be nice/perfect to enjoy your life and have people to enjoy it with. Also, surprisingly, all of the females that have more than two lines of dialogue are strong characters. And, also surprisingly, none of their desires are centered on men.

I’ll give you a couple of seconds to recover from that one.

While it is completely arguable that Jingle’s main motivation is driven by her father, I would say that it ends up where Jingle starts wanting to prove that she can do the whole ‘good

kid’ thing for herself. It would have been so easy for her to just pretend to be sweet and kind for her old man, but the way it seems is that if she can’t be ‘nice’ in her own way then she wants nothing to do with it. That’s empowering.

This brings me to the most compelling relationship in the series: the one between father and daughter. Now, I know a couple things about having a somewhat dysfunctional relationship with a parent (I’m sure many of us do). Call me sappy or whatever, but my heartstrings were honestly tugged when I saw Jingle trying so hard but not living up to her father’s wishes. Imagine it. If you were Santa’s kid, could you live up to the hype? I’m not positive many of us could. They try. They honestly try to connect with each other—Jingle by doing the whole ‘good elf’ thing and Santa by talking to her—but they always seem to come up just short of anything that would make a solid relationship. That’s how it should be, though. Real life and real families can’t be tied up neatly with a little bow; there’s always effort required and sometimes we all have to settle for ‘good enough’. There’s such a raw beauty in the imperfect that if the relationship happened any other way, the comic probably would have been a failure.

When I first received these comics for Christmas a couple years ago I was for certain put off by the stereotypical “sexy comic book girl” art style it had going on but the characters are fleshed out so well that, while still somewhat problematic, I can excuse it.  I would highly recommend Jingle Belle if you can get your hands on it. While not necessarily a seasonal classic, it offers a solid story and interesting, relatable characters. Overall, I would define it as an excellent underground alternative to modern day comics.