In honor of Bisexual Awareness Week and Bi Visibility Day, today I would like to talk about my favorite canon bi characters. Unfortunately, bi characters are so difficult to find, and even when you do, most of them fall under the same harmful stereotypes, not to mention that the word bisexual isn’t even used in the vast majority of cases, making it harder for people find and identify or identify with the characters. So, with that in mind, I also want to share some of my dreams for better bi representation.

END_OF_DOCUMENT_TOKEN_TO_BE_REPLACED

I don’t watch a lot of television.

If you asked me what abomination recently happened on Supernatural or how I felt about the plot twist in Boardwalk Empire, I wouldn’t be able to give you an answer. I had thought my last hope for my interest in television shows died with the slowly fizzling embers of Sleepy Hollow (we could have had it all, FOX!!), but then… then I became involved with another show. Call it my lingering love for Law and Order: SVU and the desperation with which I want to see more diverse casts on prime-time television shows, but How To Get Away With Murder dragged me in quick and hard. I can’t say that ABC’s newest hit show doesn’t suffer from its own problems—what the hell is pacing and character development?—but I’m willing to give the first season of a show about a diverse group of law students led by a powerful, flawed, interesting Black woman a lot of leeway. However, and perhaps embarrassingly so, the one thing that keeps me coming back for more is the character Connor, and his trainwreck relationship with cute nerd extraordinaire, Oliver. By the end of the season, Oliver had effectively broken up with Connor, but luckily fanfic has come to fill my need. And what’s better than law students? Spies! 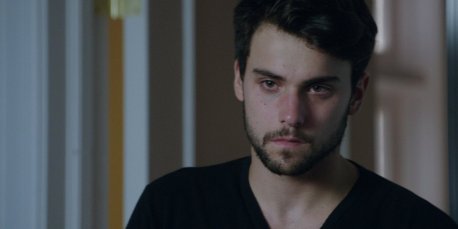