I usually don’t pay attention to movie posters, but when these two posters kept popping up on my Tumblr dash I decided that I needed to address the issues I saw here. The blatant and utter sexism of these posters just makes me what to throw things and scream. END_OF_DOCUMENT_TOKEN_TO_BE_REPLACED

Hi there! You may notice that I am not Blackout. Nope, Saika here—I was arm-twisted into trying my hand at disability studies since someone still hasn’t seen Iron Man 3. Fake geek guys, amirite?

Anyway, Tony Stark. Even going from the trailers, you can tell that Tony is not the same following the events of The Avengers. He’s haunted by what happened—it was a paradigm-shifting, at the least, and he still hasn’t come to terms with it. 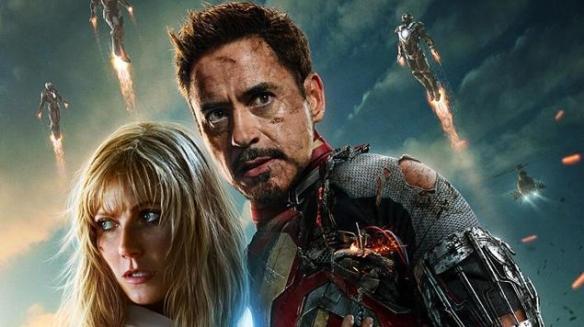 Spoilers for IM3 after the cut.

END_OF_DOCUMENT_TOKEN_TO_BE_REPLACED

Author’s note: I wrote this last night at 4am. My dedication to this blog is a terrifying thing.

So, my darlings, I’ve just arrived home from the midnight screening of Iron Man 3, and I am here to ply you with my thoughts. Let’s see if we can keep this coherent. All in all? This was a hell of a movie, filled with stuff I never saw coming. I’ll be a little more specific after the jump. Spoilers for everything ahead.

END_OF_DOCUMENT_TOKEN_TO_BE_REPLACED

Okay, so not that I’m not excited to see Iron Man again, because I am, but I have a lot of questions for Marvel and most of those questions tend to be—why?

Why are we doing Iron Man 3?

Well, I pretty much know the answer to this. Out of all the Avengers characters Iron Man is the one who started their movie franchise, and I believe, despite the popularity of the other characters, Iron Man is still the one that makes Marvel the most money. So he gets a third movie right out the gate.

I understand wanting to start with a movie you know is going to do well, especially after The Avengers, but Tony already has two movies under his belt. So Iron Man, a straight white guy, gets a third movie, but Black Widow isn’t going to get her own movie until after the second Avengers movie. Excuse me! Let’s give all the guys second and third movies before the next Avengers, but one movie for our only current female Avenger? No, that can’t happen. Let’s not be ridiculous here. Other movies like the one based on the Runaways series, which would include several minority characters, lesbian characters, a transgender character, and a Marvel team mostly comprised of women, keep getting pushed back. Casting started for Runaways ages ago, but got delayed because of The Avengers. Which is understandable, but after Marvel’s Comic Con announcements didn’t even mention that they were going to continue to work on Runaways I am starting to worry that the movie is doomed to never be made. And other comic book heroes that would add some diversity to our Avengers cast, like Black Panther, the first black superhero, aren’t even being talked about.

Of course! No movies with women, LGBTQ characters, or racially diverse characters, because Marvel has to make some more movies about rich white guys.

Speaking of racially diverse characters, this next question brings me to our trailer. Why Mandarin?

The Mandarin is kind of racist… if not a lot racist. So, we are going to have a movie where the whole time a rich white guy is going to fight a rich Chinese guy who is trying to take over the world. Wow, talk about lack of tact. And really, let’s be honest, there is going to be another Avengers movie, so clearly Tony Stark comes out of this okay. So basically, I am going to watch a movie where a rich white guy beats up a Chinese terrorist the whole time.

Ha, take that, China. Our economic policies are totally going to beat yours. Watch as Iron Man demonstrates.

In my personal opinion, Mandarin is one of those characters that should been left in the vaults of comic-book history. He’s a character whose personality and villainy is largely built based on his race. Everything about being very stereotypically Chinese defines him. Why are we still using this character? And just from a money standpoint, isn’t Marvel really isolating Asian audiences, especially when The Avengers had such a large market in China?

Then there is the fact that Ben Kingsley is going to play Mandarin. Ben Kingsley, originally named, Krishna Pandit Bhanji, is an amazing actor (watch Gandhi), but should he even be playing Mandarin? Ben Kingsley’s mother is British and his father is a Gujarati Indian from Kenya. So… not Chinese, which is weird, considering that there are many Asian actors who could have played this role. The only thing I can think is that Marvel is trying to make his race ambiguous to avoid the yellow peril stereotypes in the character’s history, but the character’s name is the Mandarin. It’s kind of hard to avoid that.

Other than that (which is a lot), the trailer looks great. It appears that the movie is following Batman‘s lead to have the third movie really destroy the lead character so that it is all the more impressive when he does succeed. Either way, this movie looks like it is going to be tough on Tony.

Despite my criticisms, I am excited for this movie and do plan on seeing it, but I am worried that the choice of villain is ultimately going to hurt the movie and its fanbase. And after this, Marvel, let’s give Iron Man a bit of a rest so you can take care of some other characters.