I was watching Scott Pilgrim vs. The World for what has to be the billionth time recently and found myself reflecting a little more on the relationship between Roxy and Ramona. Not long ago I introduced this movie to some of my friends, one of whom is bisexual, and despite not being a geek, she seemed to be really enjoying it until the fight with Roxy came up. In the scene, Scott Pilgrim is shocked to find out that the girl he’s interested in, Ramona, “had a sexy phase”—meaning she dated a woman. Ramona explains that she was just going through a bi-curious phase and didn’t even think her relationship with Roxy would count. This, of course, enraged my friend for a variety of reasons. 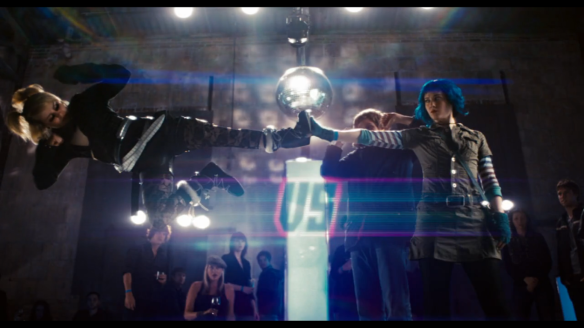 Having characters who are “just going through a phase” isn’t good queer representation. It makes being queer seem like something someone can just opt into and then get over. This becomes even more problematic with how almost every character who is “just going through a phase” tends to be a woman. One reason for this is that female sexuality is seen as much more fluid than male sexuality. It’s an attitude that is offensive to both queer men and woman because it is built on the belief that women can’t really live without heterosexual sex (even if they do dabble in homosexual sex). For men, it’s assumed that the only way a man could stand homosexual sex was if he was a hundred percent gay—if he was attracted to women why would he ever sleep with a guy? It’s absurd, biphobic, and sexist.

END_OF_DOCUMENT_TOKEN_TO_BE_REPLACED

I’m not gay, I’m just in love with you, [other same-sex character]!

This line has cropped up in probably thousands of slash fanfic over the years (it’s even a trope over at TVTropes), and I’ve grown to hate it. Is it a problematic way of looking at sexuality? Yes and no, I’ve come to realize. It depends entirely on the context.