Season 4 finale! We got a super-sized episode (a whole extra 10 minutes) packed full of action, emotion, and surprisingly few major character deaths. Without further ado, on to the super-sized review, with some super-sized spoilers. END_OF_DOCUMENT_TOKEN_TO_BE_REPLACED 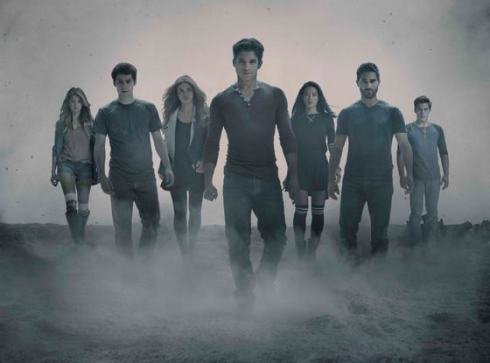 Huzzah, another episode of Teen Wolf’s awesome fourth season! After last week’s episode, I was all jazzed up for this week. This season as a whole has a feel that is a great mix of familiar and fresh, mixing the style and atmosphere of the first season with new characters and dilemmas. Unfortunately, while I wouldn’t call this episode slow-paced or actionless, I don’t think it had quite the energy of the other episodes this season, as pretty much nothing new was introduced—the plotlines were all extensions and elaborations on what had been set up in the previous episode. Without further ado, let’s dive into the latest adventures of this wacky crew.

Spoilers below the jump. END_OF_DOCUMENT_TOKEN_TO_BE_REPLACED

Coming out of last week’s Teen Wolf, I don’t think any of us were expecting a happy time this go-round. Well, we were right; this episode was so full of pain and fear and chaos that, well, it would probably make a chaos demon very happy. Stop the feels train, please. I want to get off.

END_OF_DOCUMENT_TOKEN_TO_BE_REPLACED

Welcome back, everyone, for another review of Teen Wolf. “Silverfinger” is the fifth episode so far in Season 3B, and it was every single kind of awesome. Spoilers after the jump.

END_OF_DOCUMENT_TOKEN_TO_BE_REPLACED

MadameAce: If there was one thing to praise Teen Wolf for, it would be its treatment of rape culture, and this can be shown through the actions of Matt, Kate, and Peter. The show doesn’t condone their actions, though it doesn’t try to draw a large amount of attention to them either. Teen Wolf doesn’t do those annoying specials that other shows do, where they present a serious topic and devote the entire episode to giving a lecture on it. Teen Wolf instead presents rape culture as something that not only exists but often happens that people have to deal with. 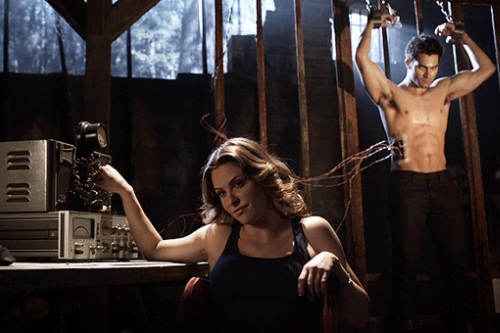 Warning: Discussion of Rape and Sexual Assault Below!!!

END_OF_DOCUMENT_TOKEN_TO_BE_REPLACED

Lady Geek Girl: Well, we’re back to talk some more about feminism in Teen Wolf. This time we will discuss Allison and Lydia as strong female characters. 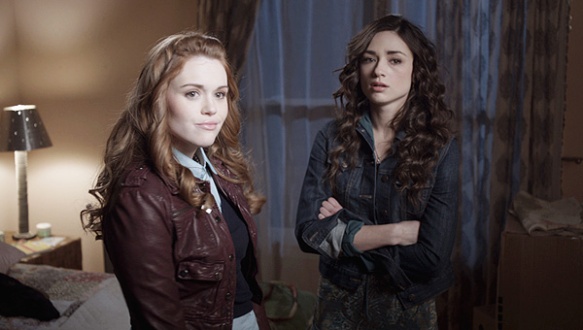 So let’s continue our talk on Teen Wolf and feminism!

END_OF_DOCUMENT_TOKEN_TO_BE_REPLACED

The series Teen Wolf—based very loosely on a comedy movie from the eighties by the same name—has had two fairly successful seasons thus far. Between the rise of stories like Twilight and The Vampire Diaries, it seems to be riding on the success of its predecessors. At the very least it started out that way, before moving on to become its own story. And one of its goals was clearly to be as far away from Twilight as humanly possible. Of course there’s still the shitty romance, but unlike Bella and Edward, Scott and Allison—our new star-crossed lovers—are surprisingly well-thought out characters. When they’re not together.

It is still based around the forbidden-romance trope, though, which I find annoying. Oftentimes, the forbidden romance presents itself but does little to justify the relationship. It can—and often does—involve stalking and emotional abuse and then calling that love, but usually all this trope does is show why the relationship should be forbidden in the first place before asking the audience to agree with it. Twilight, being one of the more prominent examples, is my case in point. And all the newer shows, movies, and books riding on its success like to copy that formula, mistaking the difference between stakes and an unhealthy relationship.

Fortunately, we can thank Teen Wolf for not doing that. As annoying as the love story can be, it is one of the healthier relationships I’ve seen in the forbidden-romance trope. And even though Teen Wolf is marketed toward a female audience and that’s probably the main reason the romance between Scott and Allison is played out the way it is, it is not handled the way I would expect it to be in a love story. While a relationship with Allison may be Scott’s driving motivation, it is not what’s driving the plot.

We can give Teen Wolf credit in that it doesn’t forget to tell a story in light of the romance.