Here’s the funny thing about Star Trek: for a show about the future, its most beloved installments were made in the distant past. Next Generation has been off the air for twenty years, and most of its run is closer in time to the lo-fi 60’s original than the present day. Yes, J.J. Abrams has been mucking about in the canon lately, but that guy doesn’t get it. It’s all lens flares and space battles, rather than the space-procedural we all loved.

So, how do you fill the gap? Fanfiction? Yes, please. Speculation about a TV reboot?  Definitely! But there’s something even better:

Ladies, gentlemen, and the fine folk of all other genders, I give to you: STAR TREK NOVELTY TWITTER. 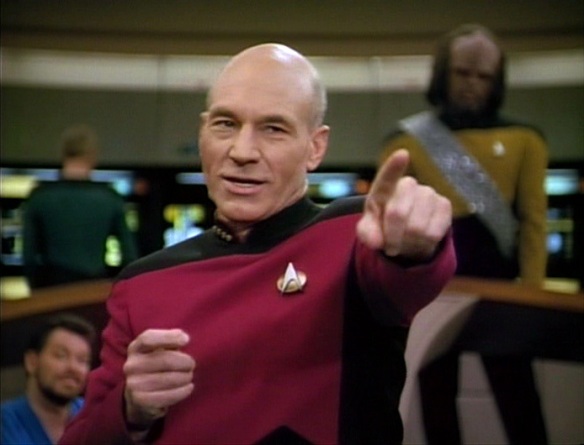 Wait, is Riker wearing a bathrobe?

END_OF_DOCUMENT_TOKEN_TO_BE_REPLACED

My Captain does not answer, his lips are pale and still;
My father does not feel my arm, he has no pulse nor will;
The ship is anchor’d safe and sound, its voyage closed and done;
From fearful trip, the victor ship, comes in with object won; 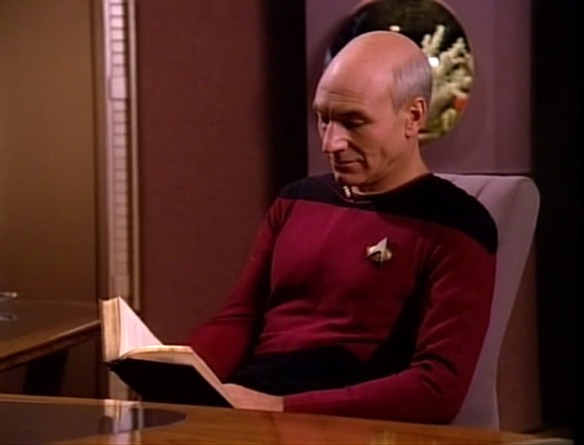 Captain Jean-Luc Picard of the U.S.S. Enterprise is one of my favorite fictional characters of all time. Where Captain Kirk ripped his shirt open and threw punches, Picard was the thinking man’s captain, skillfully conducting Federation diplomacy before retiring to a mug of Earl Grey and the latest journal on exoarchaeology. He’s not a nerd who became an action hero, he’s a nerd who did an action hero’s job while staying a nerd.

When Star Trek: The Next Generation debuted in 1987, it still went without saying that a white guy would sit in the captain’s chair of the Enterprise. William Shatner was still making movies as James Tiberius Kirk, and the other major science fiction and fantasy franchises of the era were headed by the likes of Mark Hamill, Harrison Ford, Michael J. Fox, Christopher Reeve, Arnold Schwarzenegger, and we were through the first seven of twelve Doctors Who. Hints of change were in the air, though, and Sigourney Weaver’s turn in Alien compelled an update to the infinitive-splitting mission statement of the Enterprise. Picard, unlike Kirk, was going “to boldly go where no one has gone before.”

END_OF_DOCUMENT_TOKEN_TO_BE_REPLACED 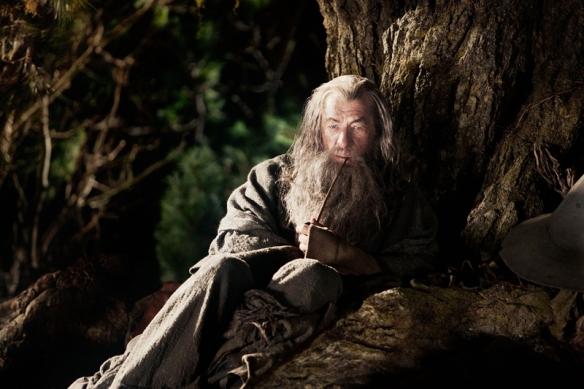