As opposed to many people who shared my excitement, the release of No Man’s Sky was just about everything I expected. However, what I didn’t expect was that, for me, its release would be completely overshadowed by another game. Back in July, messing around on Tumblr, I found some screencaps of a mobile dating sim and thought to myself, “what the hell, I’m not doing anything else right now,” and downloaded it. Looking back on it now, this could have been the biggest mistake of my summer, but only because Mystic Messenger is perhaps one of the most engaging dating sims, mobile or otherwise, that I’ve ever played. Three months of playing and still going strong, I figured now was about the time to write about it.

As the game itself does have a potential pay-to-play quality to it, I’ll be writing from the perspective of someone who has only done all of the character routes—not the after stories or secrets.

Spoilers for Jaehee’s route behind the cut.

END_OF_DOCUMENT_TOKEN_TO_BE_REPLACED 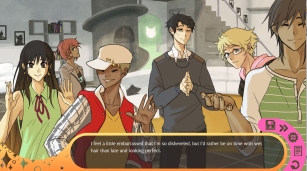 Back in November, I spotlighted a little up and coming dating sim called Hustle Cat. Back then, the folks at Date Nighto had just met their Kickstarter goal for initial development and were on their way to distributing this fine feline troupe of characters to the masses. Falling upon some unexpected generosity, I recently had the chance to play the finished product. If I thought it looked cute before, holy shit, that was nothing compared to what I experienced. Which is to say, Date Nighto really hit it out of the park.

Mild spoilers behind the cut.

END_OF_DOCUMENT_TOKEN_TO_BE_REPLACED 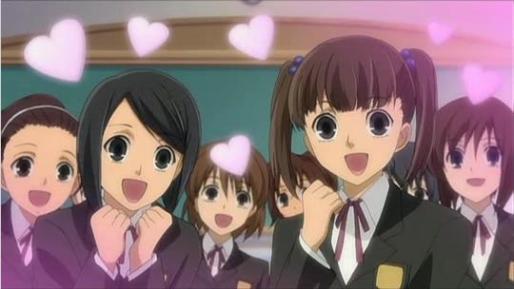 Oh my god, you guys. I’ve been waiting to bring this team and their amazing game to your attention, and now the time has come and I have no idea how to coherently put my thoughts on virtual paper in a way that isn’t me just shrieking in delight. Mirroring my descent back into the genre, the fine folk at Illus Seed recently released their first game—an otome game—that plunged me straight into feels hell and left me wishing on every star for more.