It doesn’t take much for me to be intrigued by any piece of media. If a book has a nice cover, I’m probably going to want to at least read the description on the back of it. If a movie has a good soundtrack, I may be convinced to watch it. And if a game has interesting graphics or some gameplay gimmick that stands out, I’ll be more inclined to try it on my own time. The latter is where I found myself a couple days ago. One of the streamers I watch more regularly plays a lot of weird games from all corners of the internet, and in this particular video he happened to be playing one simply titled Everything is going to be OK. With a title like that, accompanied by distorted graphics that look like they could come from a horror story, it’s easy to jump to the conclusion that no, everything was not going to be okay. Yet though I expected a creepypasta-esque game in which there’s a cult and everything is terrible forever, the game itself had none of the horror trappings that I had grown so used to from staples like “Ben drowned” or even the Silent Hill series. Upon downloading and playing the early access version of the game myself–I stopped watching the stream so I wouldn’t completely ruin the experience–I found I was completely wrong altogether. Everything is going to be OK isn’t a horror game. It’s more like slice-of-life, and its message is ultimately positive. 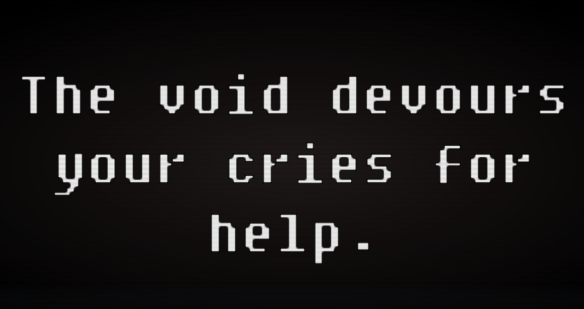 No, I promise. (screenshot taken by me)

TW for cartoon gore and discussions of depression and anxiety beneath the cut. END_OF_DOCUMENT_TOKEN_TO_BE_REPLACED

After a year-long hiatus, my brother and I finally finished Tales of Xillia (with the same sentiment that we’re glad there’s a sequel to it). While we both love the Tales series, leading an adult life sometimes doesn’t leave a lot of time for an intensive JRPG, which leads us to having a backlog on the other Tales games. Knowing we have at least 200+ hours of game waiting for us when we get around to it can be somewhat daunting, especially when there’s been conflicting news concerning the quality of them. Yet, despite the feeling that the series has taken a few steps back during the recent years, I can’t help but be excited for the newest one: Tales of Berseria.

END_OF_DOCUMENT_TOKEN_TO_BE_REPLACED 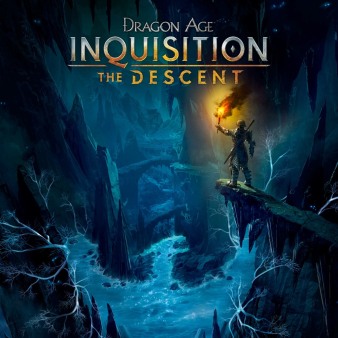 This is one of the last lines uttered by the Inquisitor at the end of Bioware’s newest DLC for Dragon Age: Inquisition, “The Descent”. Where last time’s DLC took us to the high cliffs of the Frostback Mountains, this time the Inquisitor and crew head deep, deep underground to Orzammar’s Deep Roads—the place where all the darkspawn hang out and where Grey Wardens go to die, if you remember from the first game. After playing through the I-don’t-know-how-long DLC (probably around four hours if you’re sticking to story missions) I, too, have more questions than answers, least of all being “why doesn’t Bioware know how to make good DLC anymore?”

Spoilers for the entire DLC under the cut.

END_OF_DOCUMENT_TOKEN_TO_BE_REPLACED

Late summer is a lull season in video games: most, if not all, of the major gaming conferences over, and companies are preparing for the holiday rush. While this can seem kind of disadvantageous to people who report on video game news, it does give a certain sort of spotlight to indie games. And when your game looks like this, it’s bound to catch a few wandering stares.

END_OF_DOCUMENT_TOKEN_TO_BE_REPLACED

Though not the fan-anticipated “Egg Hunt”, Bioware surprised players of Dragon Age: Inquisition this week by releasing the game’s first DLC, The Jaws of Hakkon, on Tuesday for Xbox One and PC (sorry, other systems!). What makes this release surprising is that Hakkon was released with absolutely no promotion, save for a teaser image that came out one day before its release. I’m not exactly sure why Bioware chose to do this, but the buzz and hype this move created seems to have been worth it: I doubt there’s a DA fan out there who isn’t aware by this point. However, people have been speculating on the quality of the DLC itself, which bears a fifteen dollar price tag. Personally, I think this speculation is deserved. Within both the Dragon Age and Mass Effect franchises, some DLCs just haven’t necessarily met the bar on the price they asked for. Fifteen dollars is a lot to be asking for on a DLC that no one knows anything about outside of an image and, as of this morning, a trailer.

This doesn’t answer the question of whether or not the DLC is worth the price of admission. Well, for some it might. As for my opinions on it, whether or not to buy it lies solely in what drives you as a player.

Spoilers for The Jaws of Hakkon and DA:I under the cut.

END_OF_DOCUMENT_TOKEN_TO_BE_REPLACED

I’ve finally done it. A month and a couple days after the release date, I’ve finally shot the devil in the face and nothing has been more glorious.

I’m still riding high off the thrill of Voltage’s Gat Out of Hell DLC for the Saint’s Row series, and now that I’ve finished I’m glad to say that all the worries that I had back in November did not come to fruition. Story, gameplay, characters; everything in this DLC was so well done that I’m honestly distraught that this is more than likely Saint’s Row’s last hurrah. But I’m getting ahead of myself.

Spoilers for the entire DLC under the cut. (Seriously, if you haven’t played this yet, don’t ruin the experience for yourself by reading this.) END_OF_DOCUMENT_TOKEN_TO_BE_REPLACED

After years of waiting, finally there’s less than a week left until the release of Dragon Age: Inquisition—less than a week! No amount of exclamation points could properly convey my excitement, but rest assured I am very, very excited for this. When initially pre-ordering the game, though, I ran into the issue of which system to order the game for. While I have a lot of saves on the Xbox 360, did I really want to run this beautiful game on a system that wouldn’t be able to handle the graphics at their full potential? Did I want the full graphical experience as provided by the PS4, but with no save files to import or speak of? In the end, I ended up ordering DA:I for the PC, not only for the ability to import my save files and the lack of graphical deterioration, but for the user-generated growth of the game as well. And by, “user-generated growth”, I refer to the abundance of user-created mods that will no doubt spring forth after the game’s release.

Mods are an aspect that drove me from console gaming to PC gaming in the first place; not that I was unhappy with my console experience, but these mods ended up adding things to the game—and adding back to the game in some cases—that I could have never dreamed of. Sure, you have your console command modding (infinite experience, killing all the enemies on screen, and so forth), but what I’m here for is how the players interact with the universe via add-ons. Weapons, hairstyles, eye colors, user-made companions: all of these things show a desire to interact with the universe in a way that extends beyond canon, and that’s something I can get behind. So, to get some of those creative juices flowing, I’m listing off the top five types of mods I’d like to see for Inquisition. Additionally, for you fellow PC gamers out there, I’m reccing my favorite mods from the past two games as examples of each type. Hopefully they’ll brighten your gaming experience as much as they have mine! END_OF_DOCUMENT_TOKEN_TO_BE_REPLACED

It’s taking everything I have to keep myself from writing about Dragon Age: Inquisition (which comes out on the 18th, by the way) for every article this month. But if something catches my eye enough to drag me from my DA trance, during release month no less, you can bet that it’s something amazing. What developer Volition has put on the table is nothing short of that. You might even call this DLC… sinfully good.

END_OF_DOCUMENT_TOKEN_TO_BE_REPLACED

The Path is one of those games no one quite understands, including myself. I’ve tried watching different Let’s Play videos and reading up on the development of the game, but nothing eased my countless queries. During my research I found this quote from one of the producers of the game, Auriea Harvey, which says:

…The Path doesn’t just give girls a female avatar to play boy games with and it doesn’t paint everything pink with smiling faces and hearts. The Path is a game that is about things that can be deeply important to women and it is played in a feminine way. (source)

While making a game for women might have been the developers’ intention, I’d argue that anyone can relate to this game, regardless of their origins.

Spoilers and a trigger warning for rape and murder after the jump. 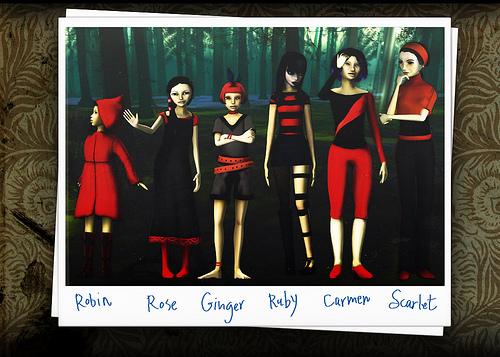 END_OF_DOCUMENT_TOKEN_TO_BE_REPLACED

Assassin’s Creed, Saints Row, Donkey Kong: Tropical Freeze: these are just a few of the games on my to-play list, and with E3 coming up next week, that list isn’t going to get shorter any time soon. Despite my lack of time and funds, I’ve been seeing games everywhere that I’d love to play. However, out of fear of turning into one of those Steam users who have hundreds of games that never get played—who am I kidding? I’m already there—I’ve been severely stunting my purchases. This game may break my self-imposed embargo.