Try as I might, dear readers, I have yet to unhook myself from Pokémon X. So I’m going to continue to subject you to news on the subject until I get tired of it or find something else to write about. First, I mentioned in a previous post that Nintendo would be releasing a fix for the Lumiose City save bug. Il est arrivé. You may sound your individual trumpets or vuvuzelas in celebration.

END_OF_DOCUMENT_TOKEN_TO_BE_REPLACED

We talked about Pokémon a little bit recently. If for some reason you live under a rock, the 6th generation of Pocket Monsters’ games was released just a few weeks ago. If you, like me, are the lowest kind of nerd (besides Warhammer 40k players), you might have already played your way through the games. Let me say again how refreshing it is that the Fire-type starter doesn’t evolve into Fire/Fighting.

The Fire/Psychic combination is ideal to take advantage of a high special attack, a refreshing change from having to try split power moves between the Physical and Special categories. In short, I’ve been giggling like a kindergartener as my Delphox and I pyrokinesis our way across Kalos. This is just one of a few big changes that Gen6 brought with it. There’s also the new Fairy type, introduced as a balance for the Dragon-type (which, yes, 5 generations since Dragonite, still needs balancing), featuring a couple of old favorites were previously Normal-types like Clefable and the new Legendary, Xerneas (who will become important later).

All this to say nothing of Sky Battles, which only Pokémon that can fly or levitate may enter, or unprecedented trainer customization. There’s a new feature called PokéMon-Amie (get it?) that allows the player to pet and interact with their Pokémon. They’ve also widened and upgraded the internet-based Player Search System so you can trade and battle players all over the world. It’s a new shiny Pokémon world and I would like to take this opportunity to tell every hater who dismissed Pokémon as a fad in the 90s that they may, in fact, suck it. I apologize for the incomprehensible Pokéspeak, but I’m unaware of any other way to convey my excitement. Anyway, as I said, there’ve been some important Pokéhappenings. Masahiro Sakurai, the creator of Super Smash Bros. uploaded this image to the games official page: 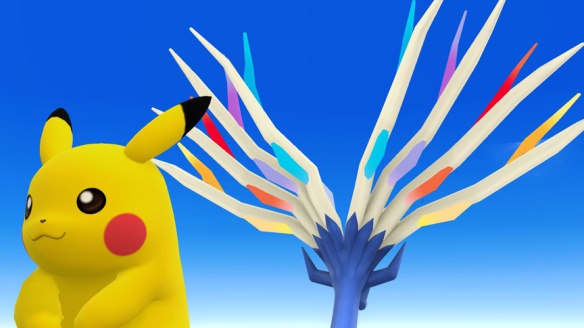 Captioned as “a photo taken during game development,” it’s pretty clearly the back of Xerneas’ head. This seems like strong indication that the Legendary Fairy (not to be confused with the Great Fairy) will be present in Super Smash Brothers for the WII U and 3DS. I suppose it’s possible that Xerneas might just be a PokéBall summon, but I doubt that because no one would actually be that cruel, right? So, that’s a thing that fans of Pokémon and SSB alike can get excited for.

The second little bit of news but one of primary import to any Pokémon players who might read this blog, Nintendo has confirmed that there is a savegame bug in Lumiose City, and that they will be releasing a downloadable fix to this problem. If your save has been rendered inaccessible by this bug, the fix should also restore your previous save file. Good news all around!

It’s an exciting time, I think, for the Pokémon franchise. With all sorts of new features, Nintendo has changed the ways in which players interact with the game. There’s a library of over 700 Pokémon which is crazy if you’ve been playing since the original hundred and fifty, and the new games were so anticipated that consumes bought 4 million copies in the first two days. It’s a good time to be a PokéFreak, I guess.

If you’re from the USA, you know that our government has been shut down for two weeks now. If you’re from outside of the country, you might be ridiculing us. Which is okay, I guess. We have egg on our face. Our international standing aside, it is well known that the shutdown is having serious domestic impacts. These include the shuttering of the Office on Violence against Women (that petty, non-essential thing), a failure to fund Head Start, and delay or denial of survivor’s benefits to the families of fallen soldiers. So that’s, you know, awful.

I’ve written about the military re: geek stuff a fair amount lately. Put briefly, the military is using technology ostensibly reserved for video games to prevent active-duty and veteran suicides, and to combat the current military sexual assault epidemic. Video games are important to the lives of servicepersons for the aforementioned reasons, to say nothing of the fact that games are fun and that people like to play them.

There’s a photo going around the internet that suggests another repercussion of the government shutdown: a breakage of the link between soldiers (and sailors, marines, and airmen) and their video games. It is this image:

Purportedly taken from a store on a military base, the photo indicates that bureaucracy and the closing of non-essential programs have prevented the shipment of Pokémon X and Y to this store. This is unverified, and a little backtracking will take you to a Tumblr post 3 days ago. Hopefully, a little more detail will come in the next couple of days, probably in response to Kotaku’s or Go Nintendo’s coverage, and I’ll update this post. 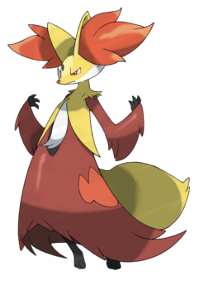 Whether or not this is genuine, there’s a lesson here. A shutdown like this, especially as a reaction to laws regarding major policy, might represent a failure of civil society and our representative democracy. It’s detrimental to law enforcement, the safety of and provision for the most vulnerable members of our society. It also affects the little things we treasure, petty amusements that are nonetheless important to our lives, whether that’s good or bad. Frankly, I hope it’s fake, since I wouldn’t want any of our brave men and women to be unable to play the first game in four generations where the fire starter doesn’t evolve into a Fire/Fighting.

A reminder: Operation Supply Drop, a charity that delivers video games and gaming gear to servicepersons overseas and veterans in military hospitals will be hosting its second annual “8-Bit Salute to Veterans.” The 24-hour sponsored gaming marathon will aim to break last year’s high score of $58,000 in games, cash, and gaming supplies. If you’re interested in helping out, please check out OSD’s website here.

If you visited any webpage, any tumblr, or talked to any person that remotely liked Pokémon on Tuesday, you’re probably more than well aware that The Pokémon Company released some big news. Though I was excited to find out what it was myself, I only had to load up my dash to be assailed with roughly a billion posts on the newest game to enter the franchise: Pokémon X Y. There are cries of it being way too early for another game to come out—Black/White 2 only debuted in October—yet those naysayers are drowned out by those who are ecstatic to see another generation of cute, powerful monsters enter the fray. Let’s take a look at what we know so far.