As is often our wont, we ended up reccing a fic for something before we actually reviewed the thing. Ah well; such is fandom. Voltron: Legendary Defender Season 3 was, as I mentioned in my fic rec, a bit, uh, brief; only seven episodes long, to be precise. On the upside, there will be more story in October when Season 4 drops; on the downside, S4 will only be six episodes long, which makes it kind of feel like it’s just the second half of Season 3 gussied up to look like its own season. While it was nice to finally get a continuation of the story that ended on such a cliffhanger in Season 2, and while this mini-season did give us some character development and history, it didn’t really feel like a complete story, and I’m worried too much got left by the wayside.

END_OF_DOCUMENT_TOKEN_TO_BE_REPLACED

It was really only a matter of time before I picked up Jonesy. It’s got an eye-catching art style, it’s received lots of love, and if that wasn’t enough, artist Caitlin Rose Boyle is a resident of my hometown of Pittsburgh. That said, before getting the first trade, I didn’t actually know what the story was about. It was actually fun, though, to be able to go into a book basically cold and be surprised by what took place. In this case, what took place was an inclusive and diverse magical realist take on a typical high-school slice-of-life story.

END_OF_DOCUMENT_TOKEN_TO_BE_REPLACED

A few months ago, I had the pleasure of meeting Tee Franklin when we both attended a Gail Simone comics signing. I had no idea who she was at the time, but when Gail greeted her with an excited exclamation, I figured they might know each other through the comics business. (As it turns out, they did both work on the Love is Love anthology, which raised money to support victims of the Pulse nightclub shooting.) After learning who she was, I also found out that Tee was definitely doing some important work for comics: she is the author of the delightful-sounding graphic novella Bingo Love.

I took home a postcard advertising the story and looked it up right away when I got home — and immediately decided this was something I needed to get my hands on. To let Tee describe it:

Bingo Love is an 80 page graphic novella that revolves around Hazel Johnson and Mari McCray, two thirteen year old Black girls who, in no time, become the best of friends. As their relationship grows, they discover their deep love for one another, but the timing couldn’t be worse. Two girls in love are bound to be star-crossed in 1963, and their families forbid them from seeing each other again.

Not only do the young women have to endure the pain of separation, but they’re also both married off to men they don’t love. They seem destined to live apart, permanently cut off from one another, but fate — and bingo — have another plan for them. Nearly fifty years later, Hazel and Mari once again see each other across a bingo hall, and all their feelings come flooding back.(x)

So you can see why I might be hooked.

END_OF_DOCUMENT_TOKEN_TO_BE_REPLACED

I’ve been on quite the podcast binge lately; between Revolutions, The Adventure Zone, The Black Tapes, and my ongoing attempt to listen to every episode of Stuff You Should Know. That said, I’m not quite sure how I stumbled onto this week’s web crush—maybe a mention on my Tumblr dash?—but I’m glad I did. The Bright Sessions is a fascinating podcast about a woman—Dr. Bright—who specializes in therapy for atypicals, people with various powers. The show is a great blend of X-Men-like powers, teen drama, conspiracies, secrets, and complex moral issues, alongside a positive portrayal of mental healthcare and therapeutic coping mechanisms.

Minor spoilers for the show below the jump!

END_OF_DOCUMENT_TOKEN_TO_BE_REPLACED 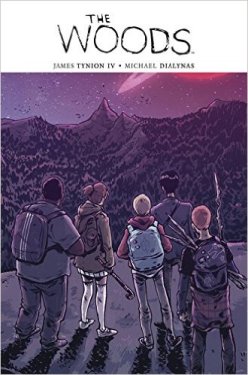 I need very little motivation to give a recommended new book a try. Sometimes it’s the plot concept that grabs me; more often than not, someone just says “it has queer people in it” and that’s enough for me. (I’ve ended up trying some terrible books this way; LGBTQ+ representation and quality are not mutually guaranteed.) Combining an author I already know I love with the promise of queer representation, though, is a no-brainer for my ever-growing to-read list. So when I saw that James Tynion IV had written a comic series I’d somehow never heard of, and that it came highly recommended by Bisexual Books, I obviously had to check it out.

Vague spoilers for Vol. 1 of The Woods below the jump.

END_OF_DOCUMENT_TOKEN_TO_BE_REPLACED

“So this proves that, if you whine about a plot hole enough, Lucasfilm will eventually make a movie to fill it,” my friend said to me as the Rogue One credits began to roll. She had a point; while Rogue One was an enjoyable movie, if asked what it added to the franchise, the only hard and fast answer is “an explanation as to why the Empire’s superweapon had such an easily exploitable weak spot”. Ultimately, while Rogue One was a good movie with many strong emotional beats, it never quite made it to great.

Spoilers for everything below the jump!

END_OF_DOCUMENT_TOKEN_TO_BE_REPLACED

Rin: All right, listen. It’s not that I was trying to avoid watching Yuri!!! On Ice, it’s just that I had things to do. And stuff. However, as an early Christmas present to myself—and at the behest of the increasingly sappy, romantic, gay gifs I was seeing on my Tumblr dash—I finally sat down and watched all ten of the currently aired episodes. Let me tell you: it’s going to be damned hard to write a review that’s not just me screaming in delight for however many paragraphs. Luckily enough, I have Lady Saika here with me to keep me in line. Maybe.

Saika: I don’t know that I’ll be much help there. I binged the first several episodes of the series a few weeks ago, and after the pure and sweet and precious tenth episode (which just aired this week), we knew we couldn’t wait any longer to write about this wonderful series. And we’ll do our best to keep the shrill, excited shrieking to a minimum. Probably.

Rin: No promises. I’ll tell you right now, this article is going to conclude just as it’s starting right now—with a sincere plea to sit down and watch this show. You will absolutely not regret it. 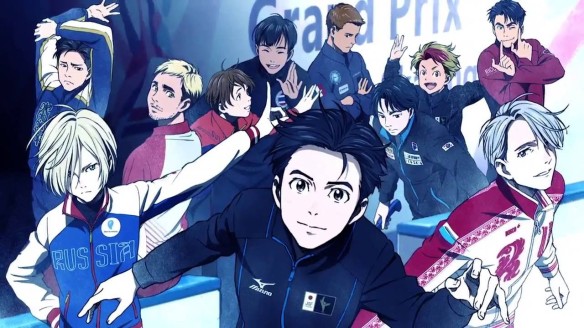 END_OF_DOCUMENT_TOKEN_TO_BE_REPLACED

For better or worse (mostly for better, from what I can tell), DC has finally laid the grim, poorly structured, and laughably undiverse New 52 to rest, and has started over under the header Rebirth. This sort of reboot to continuity is often a boon for readers looking for a convenient jumping on point, and Rebirth was no exception for me. When I heard that Wonder Woman would be starting over at #1, and more, that Greg Rucka, author of the iconic modern Batwoman story Batwoman: Elegy, would be writing her, I was super hyped. Wonder Woman has suffered any number of woes during the New 52, not least of all a writer/artist duo who didn’t seem to understand that feminism was not a dirty word.

I read the first issue of Wonder Woman Rebirth when it was released in June, before I got a new brickspace job and moved to a different state. Once I finally got settled, priority number one was catching up on the comics I missed during the whole process, and the first point of order of that mission was to acquire the Wonder Women I’d missed in the interim.