I wasn’t planning to see the new Power Rangers movie. I was certainly not planning to love the new Power Rangers movie. Having read Ace’s trailer review without actually watching the trailer itself, I figured I’d put the price of a New York City movie ticket toward something else. Then a friend asked me if I wanted to see it with her, and, on a whim, I agreed. And holy shit, am I glad I did. Was the movie good? Not by any stretch of the imagination. Was it immensely fun and everything I didn’t know I wanted in a movie experience, on top of being more inclusive than pretty much any big-budget ensemble movie I can think of? Absolutely. 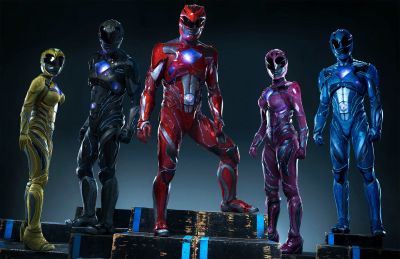 END_OF_DOCUMENT_TOKEN_TO_BE_REPLACED

Redemption seems to be a key element in most religions. Many religions believe that if someone does something wrong then they need to be forgiven and become a better person; in other words, they need to do good so that they can redeem themselves of all their wrongdoing. While redemption is prominent in Buddhism and Abrahamic religions, it is especially important in both Islam and Christianity. For this reason, it is surprising to me that a lot of Western film, which is heavily influenced by Christianity, may discuss religion, but very rarely truly explores redemption in an interesting or profound way.