I’ve been a Marvel fan over DC since I started reading comics—the first single issues I ever bought were the starts of Kelly Sue DeConnick’s Captain Marvel run and Matt Fraction’s Hawkeye. Marvel continues to put out some amazing, progressive, and inclusive stories from its B-list characters, but at the same time it’s also putting out some of the most tone-deaf unpleasantness I’ve ever seen from a major media company in its flagship titles. What’s most frustrating in this whole complex fiasco is that, in making these terrible writing choices, Marvel is not just being problematic and offensive, but is actually dramatically undermining the entire history of the characters they’re messing with.

END_OF_DOCUMENT_TOKEN_TO_BE_REPLACED

I hope you all had a nice week off! I spent my time off rereading some of my favorite fics from my favorite authors, which meant that I had an excellent rec for this Friday. A couple weeks ago I offered up Growing Wings as my Throwback Thursday. Though it’s a book I still love, it honestly lacks much of a plot, and its true strength, its worldbuilding, wasn’t allowed enough room to grow into a full-length novel. However, what it did come up with is fertile ground for any fanficcer looking to write a great wingfic AU. And who better to write a wingfic AU about than our very own Falcon, Sam Wilson? 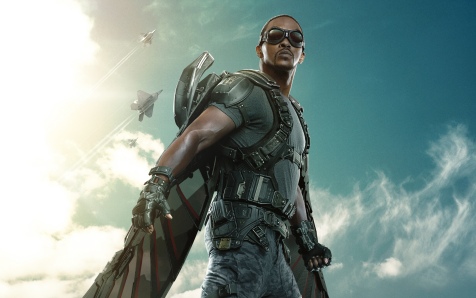 END_OF_DOCUMENT_TOKEN_TO_BE_REPLACED

The night before the Civil War trailer dropped, I spent a solid half hour complaining to my long-suffering mother about the lack of a Civil War trailer. It was just unconscionable to me that it had neither been leaked nor officially released yet, and I was growing more and more nervous about what the movie would be like.

My opinion about what the conflict of Civil War should be in a nutshell. (x)

Apparently, the Marvel powers that be heard my complaints, because the very next morning I awoke to the glory of the above trailer. END_OF_DOCUMENT_TOKEN_TO_BE_REPLACED

Summer has ended, and Marvel’s “Secret Wars” has too. Yeah, I know they’re still putting out new “Secret Wars” issues, but with the All-New, All-Different lineup in stores, we’re able to think of the event in the past tense, at least as far as Marvel’s twisty timeline goes.

After a brief introduction in the spring, Sam Wilson now takes up Captain America’s shield and prepares to live up to the title in his own right. Captain America: Sam Wilson #1 is available now, and hoo boy, people are mad. All the people who generally get mad when anything good happens in the world are mad. It’s a blast.

Under chyrons like “Target: Conservatives” and “Captain America now fighting for illegals”, Fox News has decided to cast its lot in with HYDRA, Red Skull, Adolf Hitler, and the other opponents of the Star-Spangled Man. It joins a number of other right-wing publications denouncing the new Cap, in a near-perfect echo of the comic’s text.

END_OF_DOCUMENT_TOKEN_TO_BE_REPLACED

This year has been filled with some highs and lows for feminist geeks everywhere, but as we enter into 2015, I would rather dwell on all the great feminist geek moments we got this year. So without further ado, and in no particular order, here is Lady Geek Girl’s Top Ten Feminist Geek moments of 2014!