END_OF_DOCUMENT_TOKEN_TO_BE_REPLACED

One of the dismaying parts about writing for this column is that you often discover that a thing you really liked a long time ago is super problematic when you revisit it. For example, the last time I reread a Robin McKinley book (The Blue Sword) for a Throwback Thursday, I realized that it’s a dead ringer for the Mighty Whitey trope. Of all of McKinley’s books, Spindle’s End was always one of my favorites, so it was with some trepidation that I picked it up to read it again after several years.

To my great relief, I discovered that, in leaving the world of Damar behind for a different fantasy country, McKinley left her troubling racial tropes behind as well, instead weaving a fairy tale retelling that focuses on the importance of the bonds between several very different women.

Spoilers for a sixteen-year old book after the jump!

END_OF_DOCUMENT_TOKEN_TO_BE_REPLACED

Sleeping Beauty is one of those popular fairy tales that’s just a little bit embarrassing. Early last year I took a feminist look at the Disney Princess lineup, and Sleeping Beauty came up pretty much dead last when it comes to empowering feminist messages. Its leading lady could be replaced by a sexy lamp and you’d still have the same story, even if you have a whole lot more female supporting characters (and a female villain!) than in the typical Disney film. At least back then Disney wasn’t afraid of naming their movies with female leads after those leads (I’m looking at you, Tangled and Frozen). Disney’s Aurora is a pretty good example of the pure virgin power trope, in that Aurora’s worth comes from her goodness, which we assume to be true because of her status as the most maiden-like maiden to ever maiden. You’d think this is another result of prudish Christians enforcing gender stereotypes and shaming women into keeping their legs closed, but the real origins of the folk tale are far more interesting and far more pagan.

Trigger warning for rape and suicide after the jump.

END_OF_DOCUMENT_TOKEN_TO_BE_REPLACED 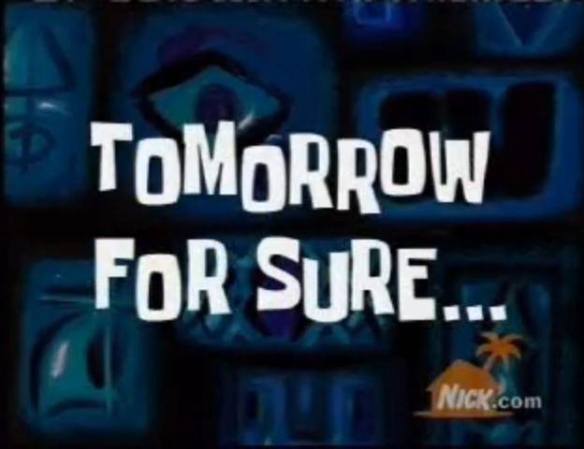 We’re still on hiatus until tomorrow. Happy New Year, everyone, and we’ll be back soon!

[Fairy] tales used to be dark, moralistic stories to teach people lessons, yet as time went on, people decided that fairy tales ought to entertain children as well as educate them—they weren’t meant to please ancestors of Hannibal fans. Throughout these versions, themes of rape, adultery, and cannibalism were gradually erased from the overall plot, leaving a sanitized version behind. To fill in the blanks with respect to the characters, numerous writers used magic instead. Evil fairy solves all your problems, right? Then the king doesn’t commit adultery and the queen isn’t a heinously one-dimension villain and the princess isn’t raped, but just kissed without her consent, which is… better.

Welcome to Night Vale makes the magical mundane and the mundane magical by drawing our attention to something weird and magical, but then focusing on the mundane aspect of the event so that we cannot escape or ignore it. The magical element essentially acts as a big blinking sign pointing to the mundane and inescapable element.

END_OF_DOCUMENT_TOKEN_TO_BE_REPLACED

Fairy tales have been retold time and again throughout our history, and the versions of popular stories differ depending on what year and in which culture the stories are being told. For example, in the oldest version of Cinderella, her slipper is made of gold, and in the version popularized by Disney, the slipper is made of glass. And who can forget Tangled’s Rapunzel saying, “I have magic hair that glows when I sing!” (I sure can’t.) These smaller differences only served to make stories that were meant to teach morals a little more fanciful. But there have been bigger differences as well.

Recently a retelling of the Sleeping Beauty fairy tale, Maleficent, hit theaters. As you know or might have guessed from the title, it’s a retelling of Sleeping Beauty from the evil fairy’s point of view. It added a whole magical world full of fairy creatures onto the original kingdom ruled by King Stefan. But in the original tale, fairies didn’t exist, and obviously none of the “magic” they performed did either.

Trigger warning for rape after the jump.

END_OF_DOCUMENT_TOKEN_TO_BE_REPLACED

Big shoes to fill. Eleanor Audley provided both the voice and visual inspiration for animators of the iconic Maleficent in the 1959 Disney film.

Huzzah, Maleficent is finally here! Ace wrote about this project back in November, which seems like a long time ago, but one could say this movie has been in the making much longer than that. The awe-inspiring “Mistress of All Evil” hails from Walt Disney’s 1959 film Sleeping Beauty. This means that for fifty-five years she has managed to captivate the imagination and fascination of viewers everywhere, culminating in this 2014 blockbuster starring one of Hollywood’s most famous actresses. Now, the wicked fairy has been a staple of original Sleeping Beauty-esque myths since their centuries-old origins; originally she is nameless, later she’s occasionally known as Carabosse, before making her unforgettable debut as Maleficent in Disney’s version of the tale. Maleficent’s unique aesthetics and commanding voice have made her sinister presence singularly stand out among many Disney villains, and Angelina Jolie captured these characteristics masterfully in her film. But aside from its powerhouse main character, how did the rest of the movie stack up? Unfortunately, I’d give it an “eh”.

Spoilers below. This is a revisionist tale in the style of Wicked, so whatever spoilers you may know for the original fairytale or Disney are largely turned upside down.

END_OF_DOCUMENT_TOKEN_TO_BE_REPLACED

I am super excited to see this movie. Villains have always been some of my favorite characters, so having an entire movie dedicated to one of Disney’s most notorious villains practically has me dying in anticipation.