One of my favorite books when I was younger was Crown Duel by Sherwood Smith. It had everything a girl with my interests could have hoped for: a plucky heroine, rebellion, a fantasy setting, court intrigue, epistolary romance… I adored it. When I got to the end of the book, however, I discovered something strange.

The last ten pages of the book promised a never-before-seen addition to the story. Excited to read more about Mel and Danric and the rest, I eagerly turned the page… to discover that the addition was a trite and honestly embarrassing epilogue. It was tooth-rottingly saccharine, and turned the kickass protagonist into a wilting flower too nervous to talk honestly with her husband. I didn’t have much of a critical eye at age eleven, but even then I knew it was a shitty writing decision. So why are so many authors going the way of the epilogue now? It’s terrible in so many ways, and it needs to stop. 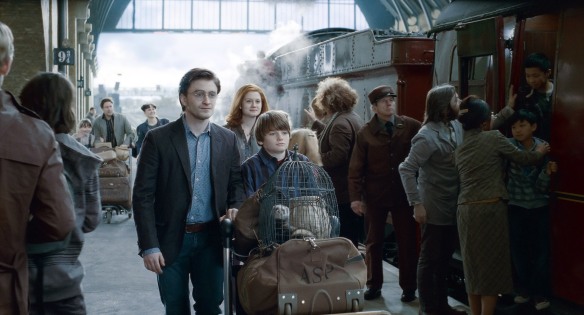 END_OF_DOCUMENT_TOKEN_TO_BE_REPLACED

Here at LGG&F we like our romance with a side of geek, and this year we are bringing you a ship list to make any fangirl swoon! Yep, it’s Valentine’s Day, that sickeningly sweet holiday when our authors nominate and then vote on ships for our Top 20 Romantic Couples in Geekdom (10 Canon/10 Fanon) list. Many were nominated, but only a select few made the cut.

It is now my duty to present to you this year’s super cute and sexy ships!

END_OF_DOCUMENT_TOKEN_TO_BE_REPLACED

Two Sevens is loyal to the First Order.

He fires his blaster into unarmed crowds. He obeys without question.

He tells nothing but the absolute truth.

“Medium Seven was the loyalest of soldiers,” he says. “He served no other master but the First Order. He would have turned any of us in if he suspected us of treason.” A pause. A weighted pause. In the dorms: Fiver with her strange, blue-frilled eyes; Big Seven with her calm certainty. Others: Sevener, Sevens, Bright — a cruel nickname, for she is anything but — Sharp, Spite, Shiner, Charm. Niner. Fives, Sixes, Thirds, Four-and-half.

He doesn’t need to say: Kylo Ren killed him.

He doesn’t need to say: Hux asked me to get rid of that .

He doesn’t need to. They know, they all know, and they raise their alcohol ration in a quiet, solemn toast.

“I heard that FN-2187 was a Stormtrooper,” says Fiver to him, three days later.

He could say that is not what I was told . He could say we do not speak of traitors . He could say once upon a time Hux’s speeches were full of bile and hate for that man, and now he is not mentioned at all. He could.

He says, “I heard that too. Who did you hear it from?”

“I admire your comradeship,” says Two Sevens, “and I appreciate your presence in my squad. And I have heard that too. A lie, of course.”

“We need to make sure it has not spread. Has the rest of the squad heard it?”

“How could they just have vanished? ” Hux shouts.

Phasma shows her teeth. Her helmet is wedged against her hip. “I don’t know,” she admits. Sleek chrome glittering in the sterile lights of the Finalizer. Hux’s fists quivering at his sides. “Three hundred and twenty six,” she says, “we’ve got back a hundred, but the rest –”

“There are two billion active Stormtroopers in our Empire,” she says.

Two billion. And what if they decide that they are not Stormtroopers anymore?

END_OF_DOCUMENT_TOKEN_TO_BE_REPLACED

As I’ve mentioned before, I’m nothing these days if not Star Wars trash, and I’m especially obsessed with one Poe Dameron. When I heard that his family’s backstory was featured in the prequel/tie-in comic Star Wars: Shattered Empire, it was a matter of course to pick it up and check it out. What I found inside was three parts awesome tie-in story, two parts giant question mark.

Spoilers for the whole comic below.

END_OF_DOCUMENT_TOKEN_TO_BE_REPLACED

It took me a while to tear myself away from all the fics Rin recced yesterday to write this, but when I was done, I was in too much of a Star Wars mood to write about anything else. At first I was like, “self, should we really have a Star Wars-related post for the third day in a row?” but let’s be real: no one’s complaining.

And if you are, we find your lack of enthusiasm… disturbing.

I’ve gone from being a multifandom mess to at least 80% Star Wars trash in the last week and a half (with the remaining percentages split between Hamilton and Steven Universe), and since I can’t stop thinking about it, today I want to talk about all the ways The Force Awakens defies traditional gender norms in storytelling.

END_OF_DOCUMENT_TOKEN_TO_BE_REPLACED

Nothing quite spices up a universe like some kind of cataclysmic event. Luce has written at length recently about the Dragonriders of Pern series, and it’s a perfect example of the plot device I want to discuss. In this series, a colonizing expedition to a new planet is unexpectedly overwhelmed by an indigenous threat: rain-like silvery spores called Thread that threaten their survival on their new home. The settlers use their highly advanced technology to bioengineer dragons that can withstand and destroy Thread, but as time—entire centuries—goes by, knowledge of the technology is lost.

When we’re introduced to the world in the first Dragonriders book, it’s reverted to a more prototypical fantasy world with medieval levels of scientific advancement and an understanding that the dragons and their powers are the result of magic rather than science. This sort of genre-switching destruction of civilization can be a powerful storytelling device, but it has to be used well to be effective. 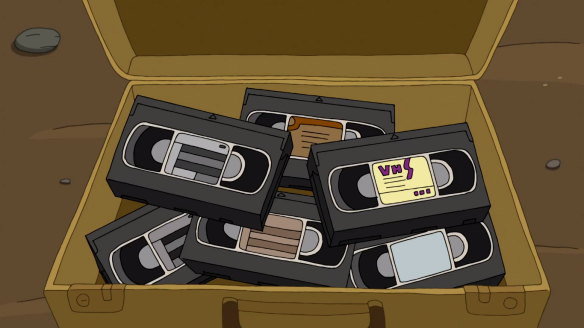 What are these magical black rectangles?

Vague, minor spoilers for the new Star Wars movie after the jump.