As much as I want to play Mystic Messenger’s newest route, the better part of my mind is annoyingly making a pretty convincing argument for not completely trashing my sleep schedule for the time being. So, I’m left getting my visual novel fix from other sources. Luckily, I stumbled upon one before the urge became unbearable.

Despite sounding like something I would name a fake game as a joke, Team Salvato’s Doki Doki Literature Club takes the typical slice of life school romance plots and uses its medium to make something truly memorable. While every dating sim and visual novel can be interpreted as a small, in-depth exploration of human (or human-like) nature, Doki Doki Literature Club uses its story to explore the extents of kindness and humanity, and if it can or should cross the boundaries of the narrative fourth wall, leaving players evaluating and re-evaluating their first impressions of the main characters. Before you continue on, reader, I highly suggest you experience everything DDLC has to offer before I spoil it for you. Team Salvato is offering the game for a “name your price” cost on the game’s itch.io page, as well as for free download from Steam. The first run will more than likely take around four hours to complete, but in my opinion it’s entirely worth it. One more thing: please, please heed the content warnings on the game’s page—they aren’t fucking around.

Screenshot taken by me

Massive spoilers below! Trigger warning for depression and self-harm.

END_OF_DOCUMENT_TOKEN_TO_BE_REPLACED 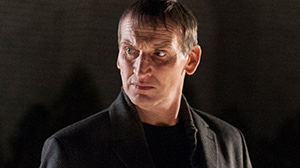 As it prepares for its final episodes, it’s time to revisit HBO’s The Leftovers, where past years of struggles and miracles give way to a looming cataclysm. In brief, the show depicts the aftermath of the Sudden Departure, a Rapture-like event where 2% of the Earth’s population vanished in an instant. The first season focused on the immediate aftermath of the event in a small town in upstate New York, and the second turned to a community in Texas, which was spared altogether.

Having already moved most of the cast across the country, the final season moves most of the action to Australia, in the days leading up to the seven-year anniversary of the Departure: a growing consensus sees this occasion as the likely beginning of the End of Days. Simultaneously darker and funnier than its predecessors, the show is very conscious that this season is its last. Absurdity and grief pair together as the characters realize that their quest to make the Departure meaningful approaches its final hour.

While the other seasons largely focused on community responses to tragedy, this final season has been atomically individual. After all, we each go into death alone, even though we are all going to die.

END_OF_DOCUMENT_TOKEN_TO_BE_REPLACED

I love me some musical theater. So while I had heard from a friend that Dear Evan Hansen had a deeply unpleasant storyline, when my mom offered to buy me and my brother, who was visiting from my hometown, tickets, I figured I’d give the show the chance to prove itself. I headed into the theater last Saturday night knowing none of the music and with only my friend’s brief synopsis of the plot to go on. What followed was two and a half hours of the most disgustingly tasteless story I have had the misfortune to experience in a theater. I spent the entire first act feeling like I was actually going to be sick to my stomach, and found no real solace in the second act, which was frustratingly absent any repercussions for the title character’s reprehensible behavior. 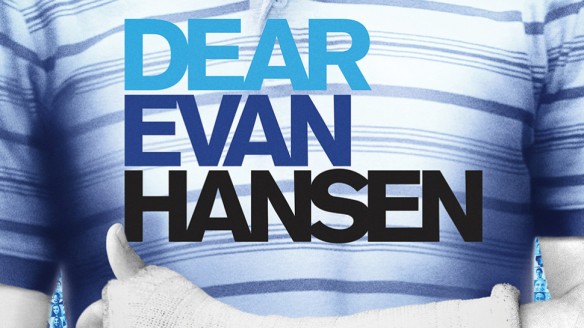 Spoilers for the show and a trigger warning for discussion of ableism and suicide after the jump.

END_OF_DOCUMENT_TOKEN_TO_BE_REPLACED

Upon finally finishing Mystic Messenger, I’ve come to one conclusion: I’m dead. Emotionally dead. As far as otome games go, Cheritz’s Mystic Messenger has some of the best writing I’ve ever seen, and a plot full of more twists and turns that I would have ever thought possible from a freemium-styled mobile game. While the game does have plenty of cute moments and funny interactions, as well as drama, these are all to be expected. What I wasn’t expecting, however, was a deeper look into the tragedy of mental illness, and how even the best intentions can lead to an ultimately harmful ending for more than one person.

Major spoilers for the game, especially both of the secret stories, beneath the cut. Additionally, a trigger warning for mentions of suicide.

END_OF_DOCUMENT_TOKEN_TO_BE_REPLACED

Man. After a long string of sub-par, at times downright terrible episodes, Sleepy Hollow finally came back strong with last night’s episode. Er, well, I say strong, but I really just mean “stronger than the last episodes”—not that that would take much. “Mama” illustrated both the show’s strengths and its weaknesses, and gives us some idea as to where the show is headed as it barrels towards its mid-season finale.

Sleepy Hollow has been praised, and rightly so, for its inclusion of women and people of color, yet for a show that’s seemingly open to viewers whom other media often overlook, I’m surprised that this particular episode did not come with a trigger warning at the beginning. If even Teen Wolf can do it, Sleepy Hollow has no excuse. And this episode certainly needed some trigger warnings, so let me provide them for you here: trigger warnings for mental illnesses, psychiatric wards, solitary confinement, impersonation of trusted authority figures, suicidal ideation, and explicit depictions of suicide after the jump.

END_OF_DOCUMENT_TOKEN_TO_BE_REPLACED

As a rule, I do not usually write about suicide.

My daytime job is that of a news journalist, and in that business, you can open up a horrid can of worms when talking about someone who killed him- or herself. It’s usually better to just avoid the situation unless others were killed.

So I was shocked when I read multiple articles about Paris Jackson attempting to kill herself.

END_OF_DOCUMENT_TOKEN_TO_BE_REPLACED

Yesterday, the White House unveiled “Now is the Time: The President’s plan to protect our children and our communities by reducing gun violence.” Super good! I don’t intend to attack the the President, his plan, or even the fact that he calls for more research into any possible relationships between video games and violence. With the trauma of gun violence being so severe in American culture, encouraging research into what many citizens believe to have a causative relationship with violence, i.e. that violent video games lead to violent crime, is the right call. While it is politically unfortunate that the President seemed unable to find a place for video games in his plan than under the section to “End the Freeze on Gun Violence Research,” (page 8), I don’t think that we have much to worry about regarding any lasting effects on public opinion. We know that all good research into the topic, assuming fair distribution and reporting of research results and data, is going to show that video games and their place in society are nothing to be afraid of.

Here is my point; how do we already know that we have nothing to fear? Hasn’t research already shown that violence in video games has a lasting effect on gamers, causing them to be desensitized to violence and therefore less likely to check impulses toward violent behavior? Since video games are more immersive than other forms of media, doesn’t it stand to reason that they affect a greater ability to impact and change the human psyche? Let’s look into why not. END_OF_DOCUMENT_TOKEN_TO_BE_REPLACED