END_OF_DOCUMENT_TOKEN_TO_BE_REPLACED

Through whatever machinations of fate and luck, sometimes I manage to hop onto a big thing before it becomes big. While sometimes that thing is a little more niche (like a mysterious little dating sim for mobile devices), making it that much more surprising when it does become huge, this time it felt inevitable that this YouTube channel would rise up in the ratings and take the internet cooking world by storm. If you’ve checked out the front page of YouTube at any point in the last year and glanced at the trending videos, then I’m sure you’ve seen a link to the show Binging With Babish. If you’ve avoided them because trending videos are typically trash and not indicative of what’s actually good on YouTube, then I’m here to tell you that you need to watch at least one episode immediately. I’ll even let you pick. 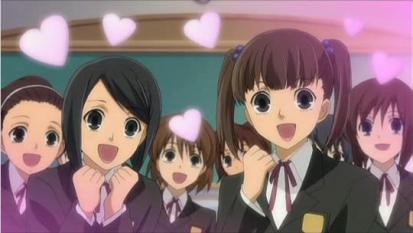 END_OF_DOCUMENT_TOKEN_TO_BE_REPLACED

With the end of September not too long in the future, Halloween is practically just around the corner. Whether you’re waiting for those creepy final days of October or have been celebrating the spooktacular since the Fourth of July ended, for scare aficionados and average people who trawl the internet, one of the easiest ways to catch a scare these days is to read up on some creepypasta. We’ve slightly discussed creepypasta before, but as a refresher, “creepypasta” is typically the name given to scary stories written on the internet, especially by the anonymous hordes who frequent 4Chan. While many of these stories typically devolve into “there was this lost episode of [insert cartoon show] where some character died. Between that there were one frame pictures of various gory scenes, and something about bleeding hyperrealistic eyes,” SyFy seems to have latched onto one of the beloved oldies in hopes of making something truly terrifying for the holiday season. Me? I’m not so sure they can pull it off.

END_OF_DOCUMENT_TOKEN_TO_BE_REPLACED 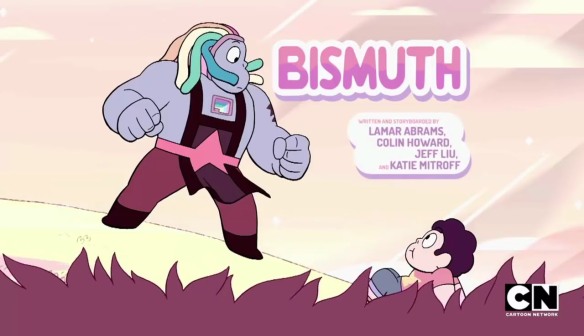 END_OF_DOCUMENT_TOKEN_TO_BE_REPLACED

Being a first-generation geek is a tough burden to bear. While many people my age grew up watching classic sci-fi and fantasy with their parents, I was trapped in a boring, imagination-less void until my reading skills were advanced enough for Harry Potter. This being the case, I never got to experience firsthand many of the television shows that are all but sacred to other geeks of my generation.

Two weeks ago, I decided on a whim that it was long since time for me to watch The X-Files, which originally aired between 1993 and 2002. Though the show has faced some valid criticism on this blog before, I have been thoroughly enjoying the first few seasons as a first-time viewer, and it’s easy to see why it became such a cult classic.

What… why are you squatting like that? What are you doing?

END_OF_DOCUMENT_TOKEN_TO_BE_REPLACED 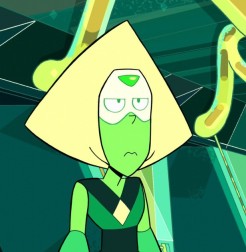 Have your feels been adequately invoked, Steven Universe fandom? The end of the third Stevenbomb is upon us, and while I thought I was ready, there were so many things I just wasn’t ready for—example one being my home state getting a cameo in “Keystone Motel”. While shit is constantly going down in Beach City with only small ups on this emotional roller coaster, I keep holding out for the day where everyone can get a happy ending. Needless to say, one of my favorite things to see on my Tumblr dash are the AUs where Steven, the Crystal Gems, and the Homeworld Gems all somehow coexist together peacefully and Peridot is a huge MLG (that is to say a “major league gamer”). Clearly, I’m not alone in my desire for happiness to be the next invasion on Earth, so while today’s fic isn’t exactly the happily ever after that I’m willing to pay Rebecca Sugar five whole dollars to get, I do intensely sympathize with the author’s aggressively wanting good things to happen to everyone. Especially Lapis Lazuli.

END_OF_DOCUMENT_TOKEN_TO_BE_REPLACED

If last week Game of Thrones was “heading into darker territory”, this week the show did a kick flip off the deep end into some terrible shit. Admittedly, I spent the first ten minutes trying to remember which house’s motto used the episode title “Unbent, Unbowed, Unbroken” (it’s the Martells, by the way), and in all honestly I wish I could have spent the entire hour pondering that rather than actually watching the episode. I was tricked by some interesting aspects of the Arya storyline into paying attention, and all I got for it was me seriously debating whether or not to drop the series entirely.

Me after watching this episode.
(via kellimarshall.net)

Spoilers and a content warning for rape under the cut.